Wise: If Ohio State wrestlers who say Jim Jordan knew of sexual abuse are telling the truth, the Congressman needs to go

The more of Jordan's former pupils that come forward and claim he and the former head coach never reported, the more Jordan looks morally guilty. 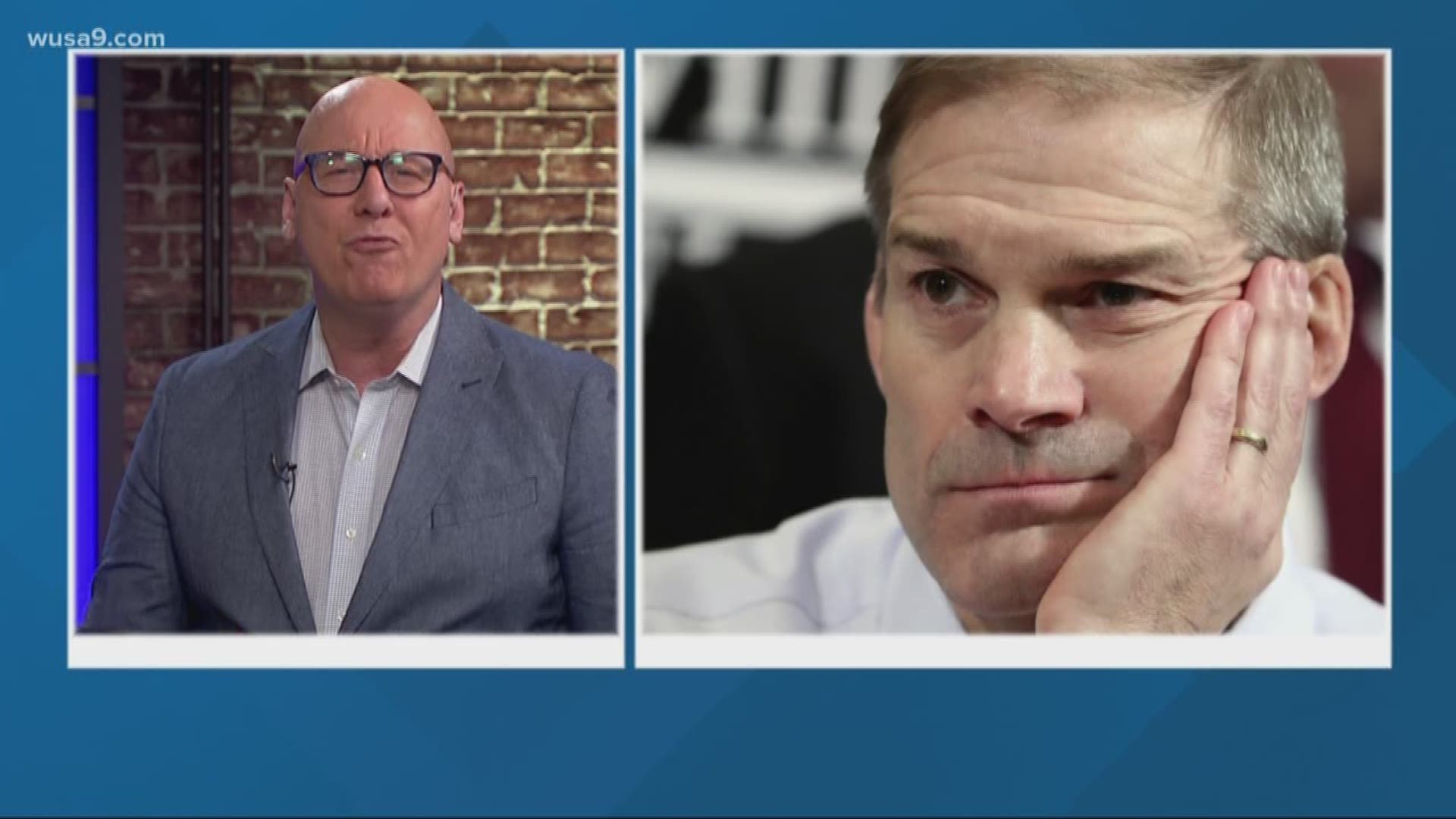 With the annual tilt between Michigan and The Ohio State University on Saturday, you might be wondering what the mobile billboard circling the capitol building in Buckeye Scarlet and Gray was doing in D.C. last week.

The truck is sponsored by the Ohio State Accountability Project, which takes aim at those they believe failed to protect OSU students from a sexual predator, a staff physician who molested at least 177 male athletes – many while Jim Jordan was an assistant wrestling coach at the school between 1986 and 1994.

In the past 18 months, more than half a dozen former wrestlers have come forward and said their former coach was aware of the sexual abuse -- and he did nothing. Mobile billboard used to protest OSU's handling of sex abuse scandal
A group advocating on behalf of former Ohio State University students who say their alma mater failed to protect them from a sexual predator doctor have taken their demands for justice on the road.

Jordan wouldn’t touch that legislation after an independent investigation released last May concluded the adults knew, and yet not a single complaint of abuse was elevated beyond the Athletic Department of Student Health until 1996 -- two years after Jordan stopped coaching and began his political career.

Mark Coleman, Jordan’s roommate on several wrestling trips and a former UFC champion, told the Wall Street Journal, "There’s no way, unless he’s got dementia or something, that he’s got no recollection of what was going on at Ohio State."

NBC News reported earlier this month that a professional referee claimed that Strauss masturbated in front of him in a shower after a wrestling match at Ohio State University, and that he reported the encounter directly to Jordan.

NBC News continued, "The lawsuit, filed in federal court in Ohio, implies that Jordan's response to the incident, which the referee said happened in 1994, was essentially a shrug."

Also according to NBC, Hellickson reached out to two ex-team members and asked them to support their former assistant coach a day after they accused Jordan. Hellickson made it clear to them he was under pressure from Jordan to get statements of support from members of the team.

"I’m sorry you got caught up in the media train," Hellickson wrote in a July 4 text to Dunyasha Yetts, which the former wrestler shared with NBC News. "If you think the story got told wrong about Jim, you could probably write a statement for release that tells your story and corrects what you feel bad about. I can put you in contact with someone who would release it."

Several of the wrestlers who say Jordan knew identified themselves as friends and contributors to his campaign.

Shawn Dailey, who alleged he was groped several times by Strauss, was the fourth wrestler to accuse Jordan of knowing this past July.

"What happened drove me out of the sport," Dailey told NBC. "So I was surprised to hear Jim say that he knew nothing about it. Jimmy’s a good guy. But to say that he had no knowledge of it, I would say that’s kind of hurtful."

Regardless of which way you lean politically, any elected official implying he has a moral compass to guide America, like Jordan, should be outright reviled if what his former wrestlers are saying is true.

If what his former pupils say is true, Jim Jordan needs to be removed from office.

See, unlike a great college football rivalry, in life’s "Big Game" you don’t get to be a leader of men anymore – or head of a Congressional district -- if you can’t protect kids.

RELATED: Wise: The Yankees just hired the first female hitting coach. It's a start, but more needs to be done for the league

RELATED: Wise: It's a slow news day in Ashburn when a rookie QB is skewered for celebrating a victory early