The march's COVID-19 protocols an array of safety measures for participants. 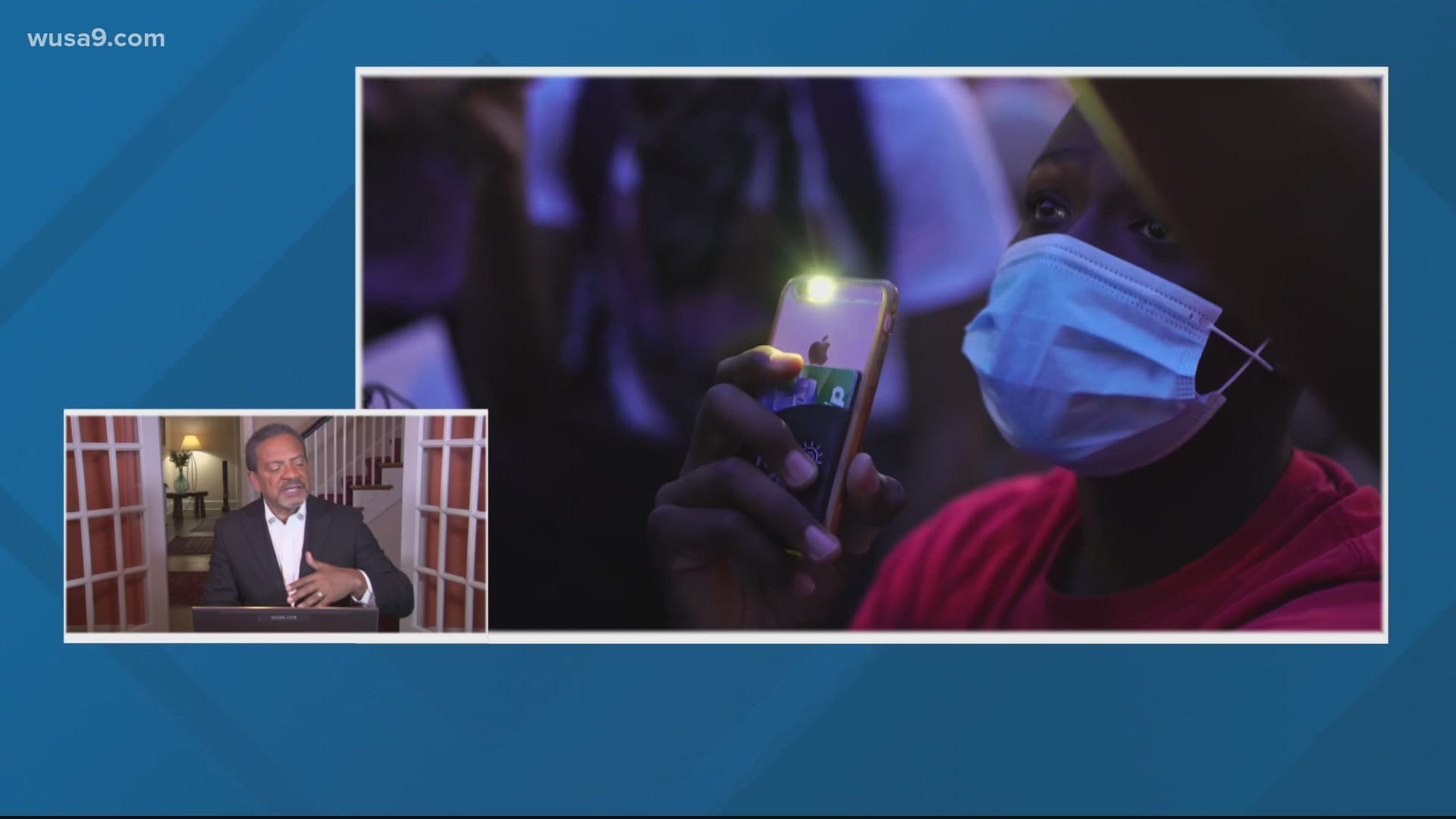 WASHINGTON — Following a National Board meeting, Rev. Al Sharpton and the National Action Network (NAN) announce strict rules and restrictions to ensure safety during this year's March on Washington amid the COVID-19 pandemic.

Rev. Sharpton, the National Action Network, Martin Luther King III, NAACP, Attorney Benjamin Crump and families of police brutality victims, along with labor leaders, clergy, activists and civil rights advocates, will lead a Commitment March to fight for criminal justice reform in solidarity with those who have lost loved ones at the hands of the police.

The march, under the rallying call, ‘Get Your Knee Off Our Necks’ will coincide with the 57th anniversary of Martin Luther King, Jr.’s March on Washington where he delivered his historic “I Have A Dream” speech in 1963.

While thousands of visitors will make their way to the District to participate in the march, D.C. Mayor Muriel Bowser reiterated her quarantine order for visitors from 27 states with higher rates of COVID-19.

D.C. Health Department released the names of states that are considered high risk and will require individuals to self-quarantine for 14 days, including the following states:

A comprehensive list of high-risk areas will be made available and updated every two weeks on the city health website.

"If we have a quarantine order still in effect, no one should look at the quarantine order as a punishment. It's guidance from health officials to keep us safe," Bowser said during her Friday press conference. "So people who are making personal decisions to travel – or other activities for that matter – need to consider how it impacts other people. You have to follow health guidance....anybody traveling to the city, for any purpose, must consult that guidance." 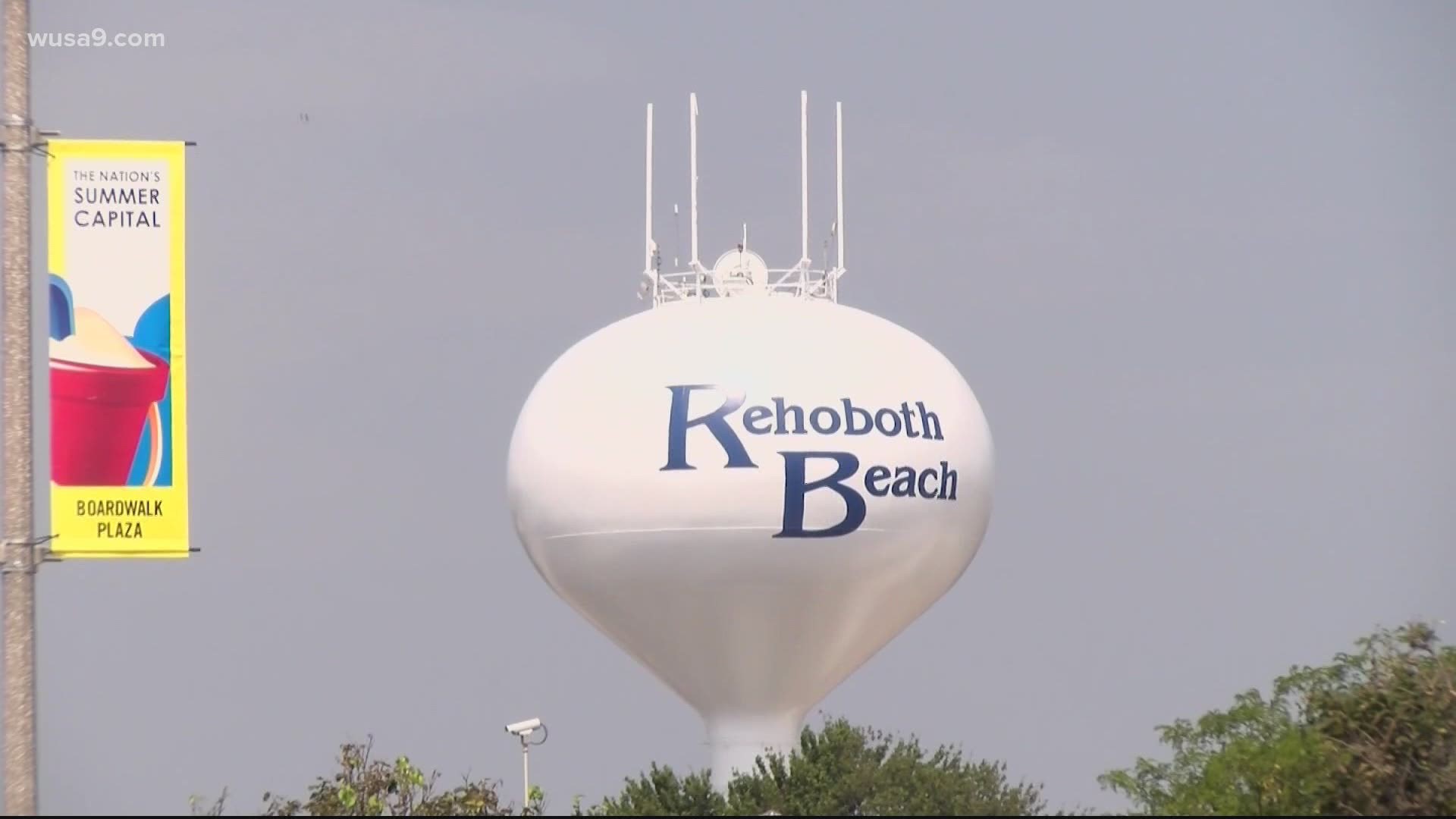 High-risk states are states where the seven-day moving average of daily new COVID-19 cases is 10 or more per 100,000 persons, D.C. Health Department said.

“As far as getting too close to people that may be inevitable with the turnout that's expected,” Heather Norton, CEO, and founder of the nonprofit 'Reloved' said.

The group, based in New Cumberland, Pennsylvania, is coordinating a bus trip to D.C. for the August 28th March. More than 100 community members have registered so far.

“We are taking every precaution we can,” she said. "We know that the charter bus companies are doing everything they can, including fumigating and sanitizing all the buses before they depart.”

Pennsylvania is not on the list of states deemed COVID-19 hot spots by D.C. Health, so Norton’s neighbors are not affected by the 14-day quarantine.

Still, she said everyone attending will make sure they’re safe. Norton said the nonprofit just received a donation of 1,000 masks and hand sanitizers.

“The National Action Network has a great plan in place," she said. "They’re coordinating masks and sanitizing stations all throughout the city for the day. There is also another movement that I know about that's been started to provide everyone with big black umbrellas -- partially for shade, partially to encourage social distancing and partially because that would make quite a statement to see a huge sea of black in D.C.”

Sharpton posted on Twitter that despite COVID-19 restrictions, folks should show up in honor of the late congressman John Lewis, who until his death on Jul. 17 was the last living speaker from the 1963 March on Washington.

“A distancing march, we will not have hot spots bring buses in,” he said in the video. "We’re going to be very conscious and wear face masks but we’re going to take a stand for what John Lewis stood for, the Voting Act and the George Floyd Policing Act."

A D.C. resident reached out to WUSA9’s Delia Gonçalves on Twitter and said, “I’m concerned that D.C., possibly on the eve of the return to in-person school, will be exposing our city to a surge. In my heart, I want to see an overwhelming, deafening roar to drown out the nay-sayers. My head says that if the march draws from hot spots, we could be in real trouble.”

Despite his concerns, the writer said he will still attend the March, wearing a mask and practicing social distancing.

“At the end of the day, it's really just about coming together, standing for what we believe in, fighting for the change that we need and doing it as safely as we can,” Norton said.

WUSA9 made several attempts to get in touch with Bowser's office and the D.C. Bureau Chief for the National Action Network about plans to keep everyone safe and stick to the mayor’s quarantine orders, but neither one returned our messages.