Here's how you can register to attend the event. 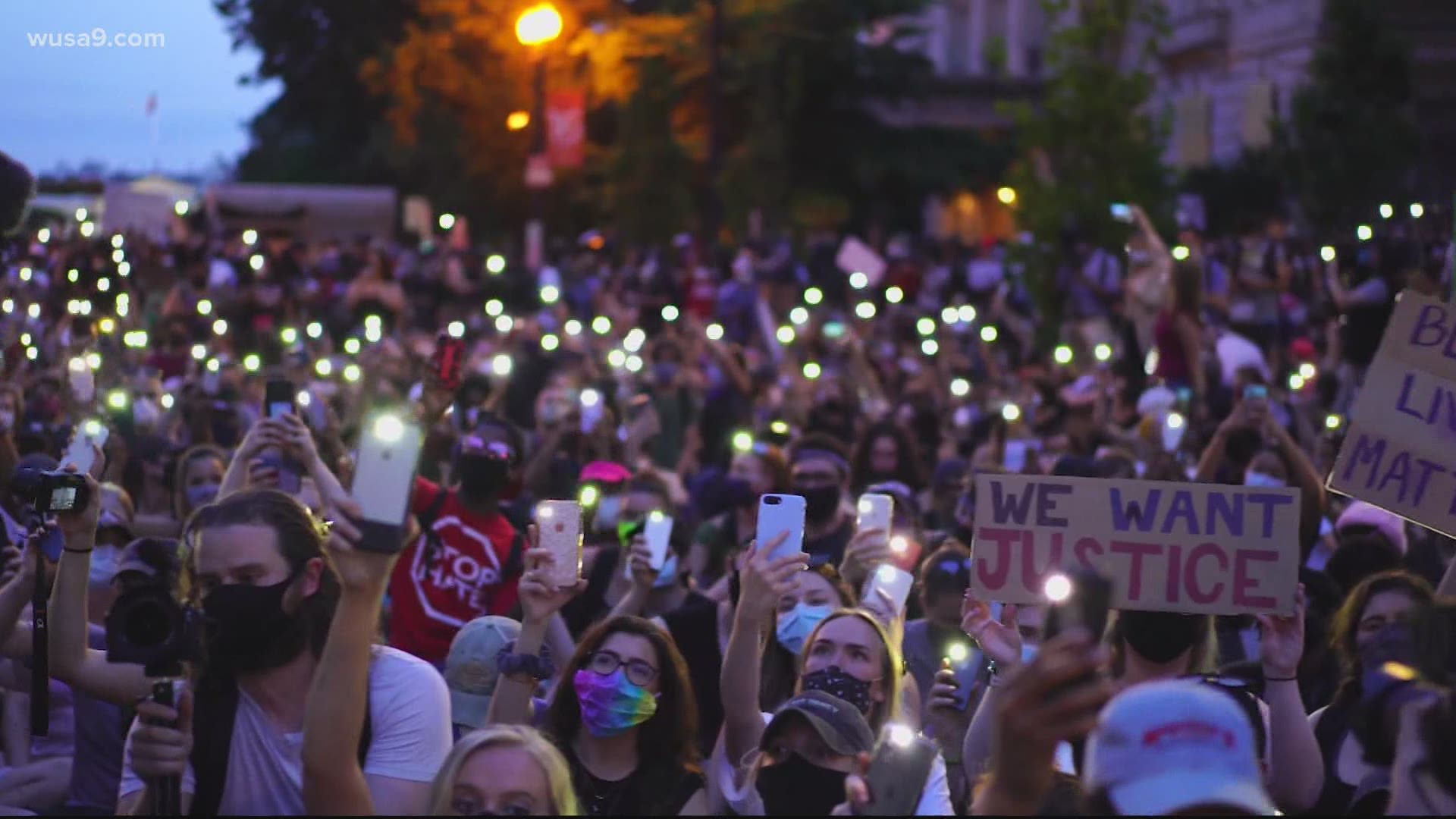 WASHINGTON — The families of the country's most recent victims of police brutality will attend the 57th anniversary of the historic March on Washington on Aug. 28, the National Action Network (NAN) announced.

The families of George Floyd, who was murdered at the hands of Minneapolis Police, Breonna Taylor, who was shot several times to her death by officers who barged in her home, and Eric Garner whose dying words 'I Can't Breathe," has been at the forefront of the police brutality movement following his death by New York officers, will be in attendance at the march.

The families of Floyd, Taylor, and Garner will join Rev. Al Sharpton, founder and President of the NAN, Martin Luther King III, and civil rights attorney Benjamin Crump, who is representing the family of George Floyd and about 100,000 participants.

The March on Washington, where Dr. Martin Luther King, Jr. delivered his "I Have a Dream" speech in 1963, plans to shed light in a memorable way and bring attention to the recent protests of police brutality. This year's march, also known as the 'Get Off Our Necks' Commitment March on Washington, hopes to bring thousands together in the demonstration for the fight against policing and the justice system.

Reverend Al Sharpton and Martin Luther King III to convene the National Action Network (NAN), Attorney Benjamin Crump and the Families of George Floyd, Breonna Taylor, Eric Garner & others for a March on Washington in Protest of Police Brutality on August 28 pic.twitter.com/cfFQSqdCdc

RELATED: Here are the proposed plans for the 2020 March on Washington

The demonstration will begin at the Lincoln Memorial, on Lincoln Circle, and proceed south on Daniel French Drive. Marchers will head to the Martin Luther King, Jr. Memorial, according to a permit submitted by the National Action Network to the National Park Service.

Credit: National Action Network
A map of the 2020 March on Washington submitted as part of a permit application.

The NAN is a civil rights organization with chapters throughout the entire U.S. It was founded by Rev. Al Sharpton in 1991. NAN works within the spirit and tradition of Dr. Martin Luther King, Jr. to promote a modern civil rights agenda that includes the fight for one standard of justice, decency and equal opportunities for all people regardless of race, religion, ethnicity, citizenship, criminal record, economic status, gender, gender expression, or sexuality, according to its website.

The organization also focuses and brings awareness to the following social justice issues:

All attendees are required to wear a mask in accordance with D.C. health guidelines. The event is considered a large gathering under CDC guidelines, for more information on health safety, visit the CDC website.