"We must mobilize to vote like we’ve never done before,” the NAACP stated. 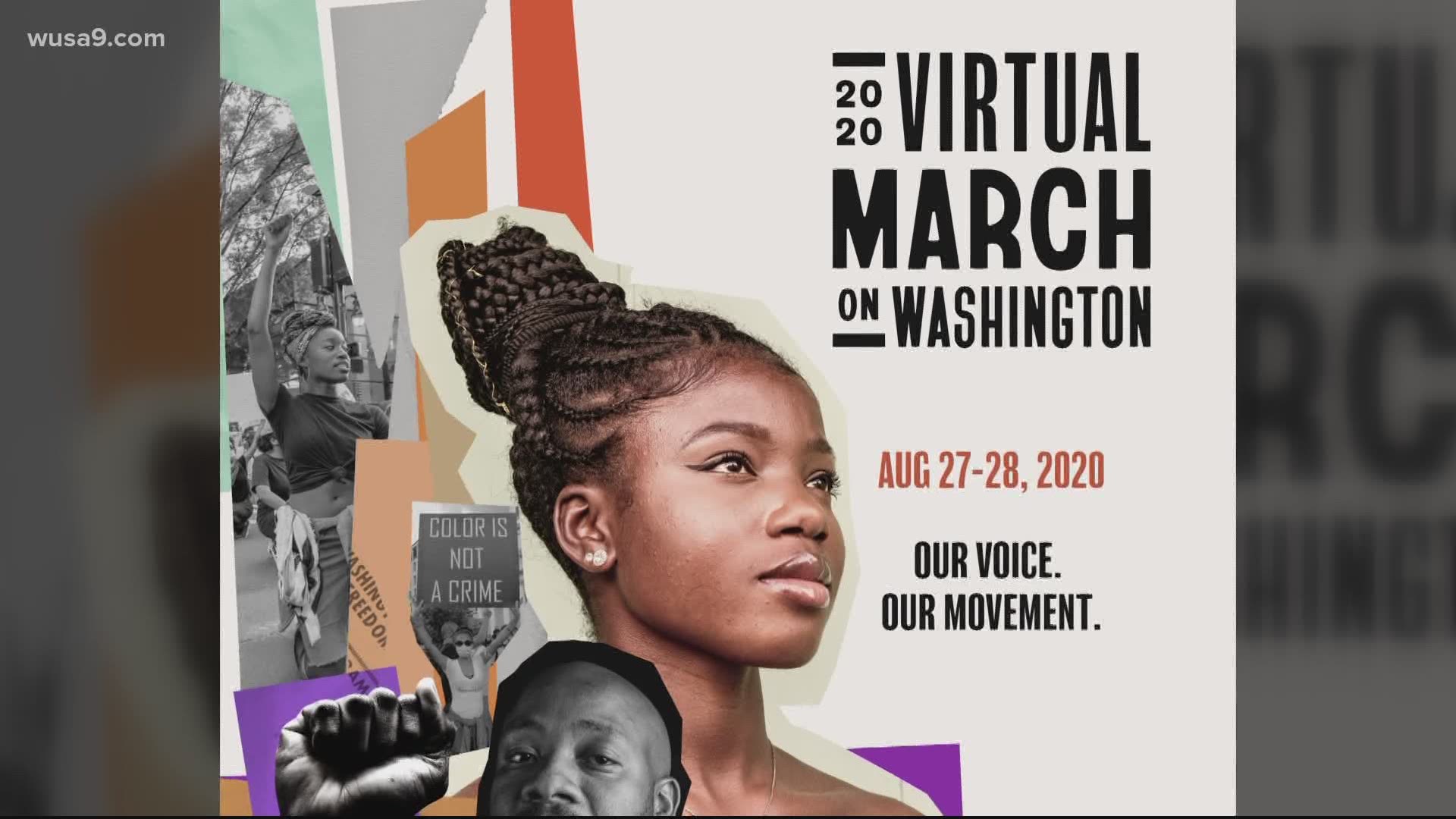 WASHINGTON — The NAACP announced they will lead a “2020 Virtual March on Washington.” Civil rights leaders, activists, and families of people who have lost loved ones at the hands of police will be leading the charge.

The events will be as follows:

THE CALL: Thursday, August 27, 8-10 p.m. ET: There will be virtual programming carried on television networks and key social media platforms, including musical performances, remarks from young activists and emerging organizations, and other entertainment.

THE MARCH: Friday, August 28, 11 a.m. – 3 p.m. ET: There will be a Virtual March on Washington, streamed across key social media platforms and television networks. Led by Martin Luther King III, and the families of Black people who have died at the hands of police officers. Thousands will virtually March on Washington to restore and recommit to the dream Dr. Martin Luther King, Jr. defined in 1963. The virtual march will be in partnership with a socially distant, in-person march for those in the D.C. area.

THE CHARGE: Friday, August 28, 9-11 p.m. ET: The event will conclude with a night of virtual programming, including a major keynote address and musical performances by award-winning artists.

It falls on the same day of the march being planned by Reverend Al Sharpton’s National Action Network.

We spoke with the National Director for Youth and College Division, of the NAACP about the bridging of generations for this march while still battling a global pandemic.

“We think it's important as the NAACP to make sure that folks recognize that during this national pandemic, Black people are most disproportionately impacted because of health disparities around COVID-19 and coronavirus. So, we're taking the precautions we need to take to make sure that it goes virtual. The NAACP is positioning itself not just to do a virtual component of the march, but to make sure that young people are at the front-facing of it to continue with that legacy and tradition,” Tiffany Dena Loftin said

It’s still not exactly clear how the two marches and events planned in D.C. will overlap, but right now they’re considered to be separate events.