The congressman visited young adults with the nonprofit Free Minds while they were in jail. Now, some are out and hoping to carry on his legacy. 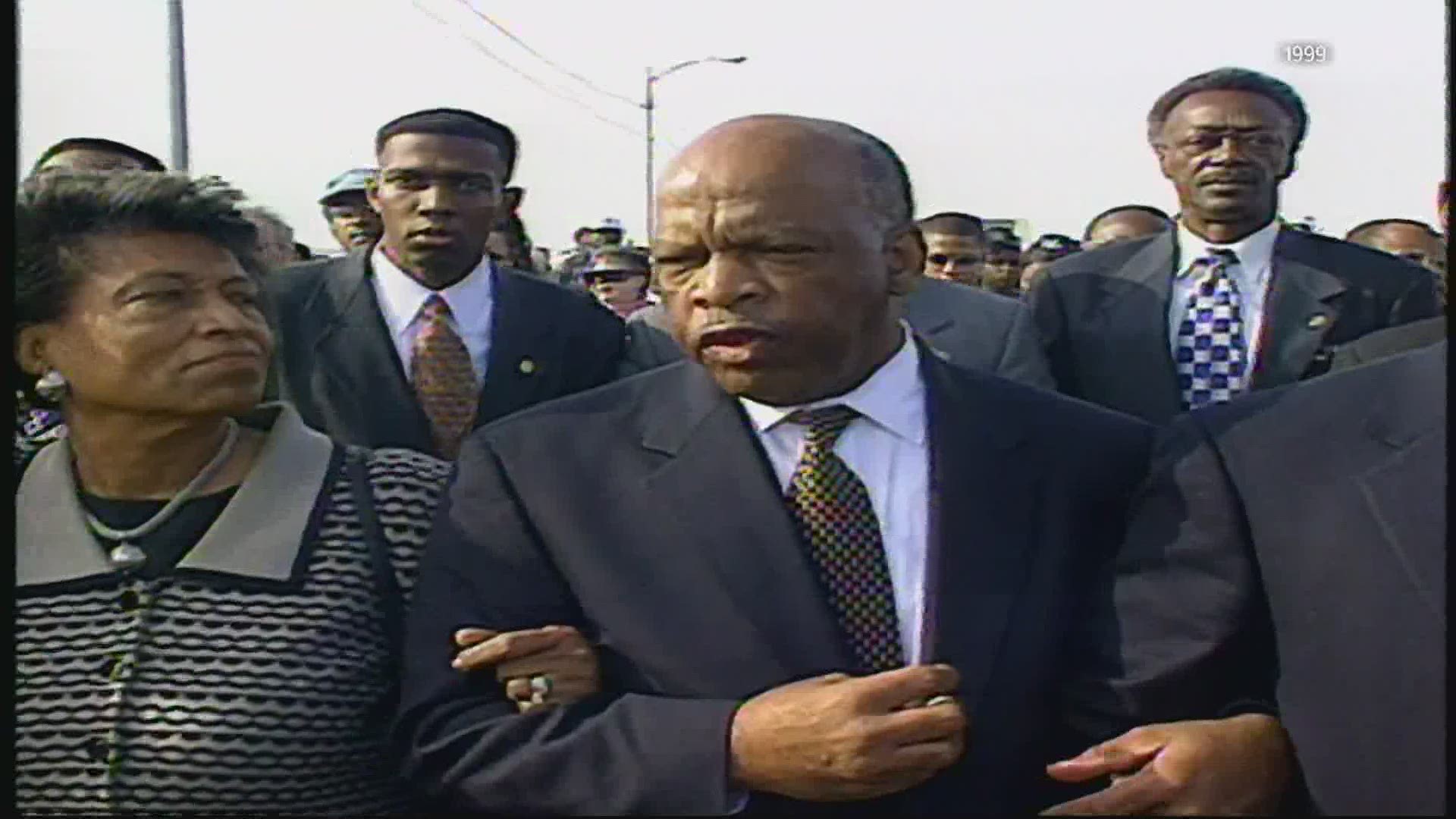 WASHINGTON — As people across the country share memories of Congressman John Lewis, one group of young adults in D.C. remembers the day he visited them in jail — and inspired them to fight for what's right.

“He was inspiring, you know, because certain people in that position, you don’t think they would take time out of their day to come to a precinct -- and you know -- give us law about what they went through back in the day, about equal rights," Donte Herring said.

He's a member of the D.C. nonprofit Free Minds Book Club & Writing Workshop, which helps currently incarcerated and formerly incarcerated young adults find their voices and get their lives back on track through the literary arts, workforce development and violence prevention.

Herring, 21, was incarcerated at age 16 and was recently released.

He was one of a handful of Free Minds members who wrote a poem for Lewis the day he visited. It reads:

We were beaten and broken down to little pieces
To pave the way for our little nephews and nieces
We wanted nonviolence, but they gave us hatred
We gave it to the world, sat back and were patient
Rosa Parks wouldn’t give up her seat
Because she wasn’t going to let racism repeat
So we sat at lunch counters asking to be served
We got spit on and yelled at, but didn’t get disturbed

if you and Dr. Martin Luther King didn’t have a dream
We wouldn’t have equal rights in 2016!

Credit: Free Minds
Incarcerated young adults with Free Minds got to meet Congressman John Lewis in the DC jail in 2016.

In 2017, the nonprofit created the Congressman John Lewis Fellowship, which pays someone who used to be incarcerated to promote nonviolence and racial equity through reading.

Shannon Battle, who spent 25 years behind bars, is the current fellow of the organization.

“I think nonviolence should be a priority, and men like Congressman John Lewis, he embodied those principles of nonviolent communication, humbleness," Battle said. "His selflessness motivates me and encourages me to want to be better, especially representing his name, because who he was embodied everything that was great about America.”

The Congressman's legacy has also inspired the leaders of today's civil rights movement, one of which is Freedom Fighters DC. The group was born out of the George Floyd protests. 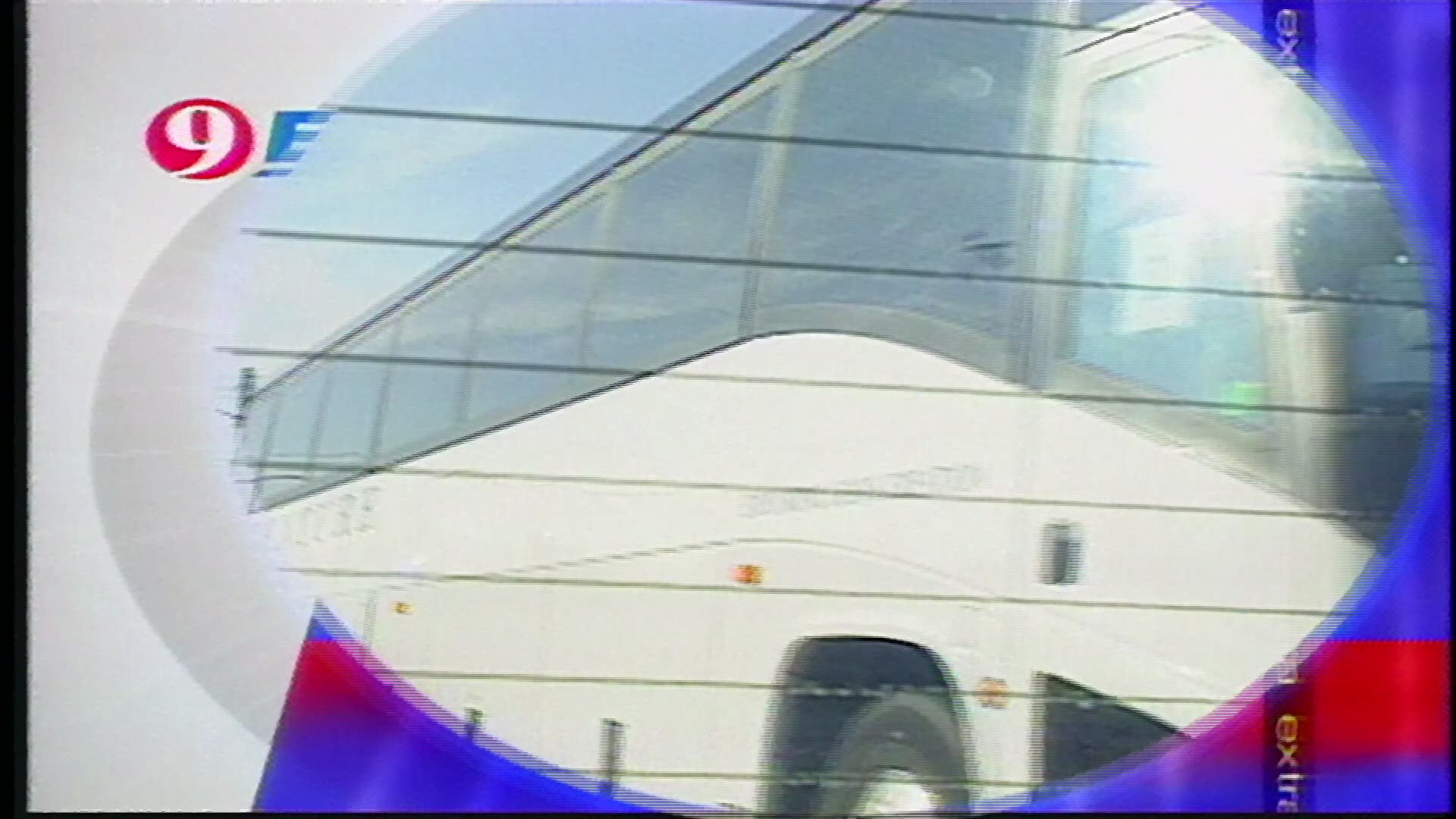 “John Lewis was always really big on getting in the right kind of trouble, so Freedom Fighters, we’re always out here, getting in the best kind of trouble we can to fight for and liberate Black people," member Arianna Evans said. "The best way we can pay respect to who he was a as person, who he was as a civil rights leader, is just continuing to push, continuing to fight, our generation especially.”

Evans said the fact that Lewis didn't shy away from arrests in his quest for equal rights and liberation inspired her to use her voice.

"It does give me so much hope as a Black woman, as a queer Black woman that I can be myself, I can be loud, I can be rebellious," she said. "And, you know what I might get in a little bit of good trouble, but at least I’ll be able to have a future and still make an influence and impact the country that I’m fighting so hard to save.”

Herring said the civil rights leader made a change in the 60s and 70s — so he has more opportunity as a young adult today.

Herring and Battle plan to carry the torch that Lewis helped light.

Credit: Free Minds
John Lewis speaks to a group of incarcerated young adults with Free Minds in the DC Jail in 2016.