Despite a long line and chilly temperatures at one polling location, a Twitter user said the mood was jovial. 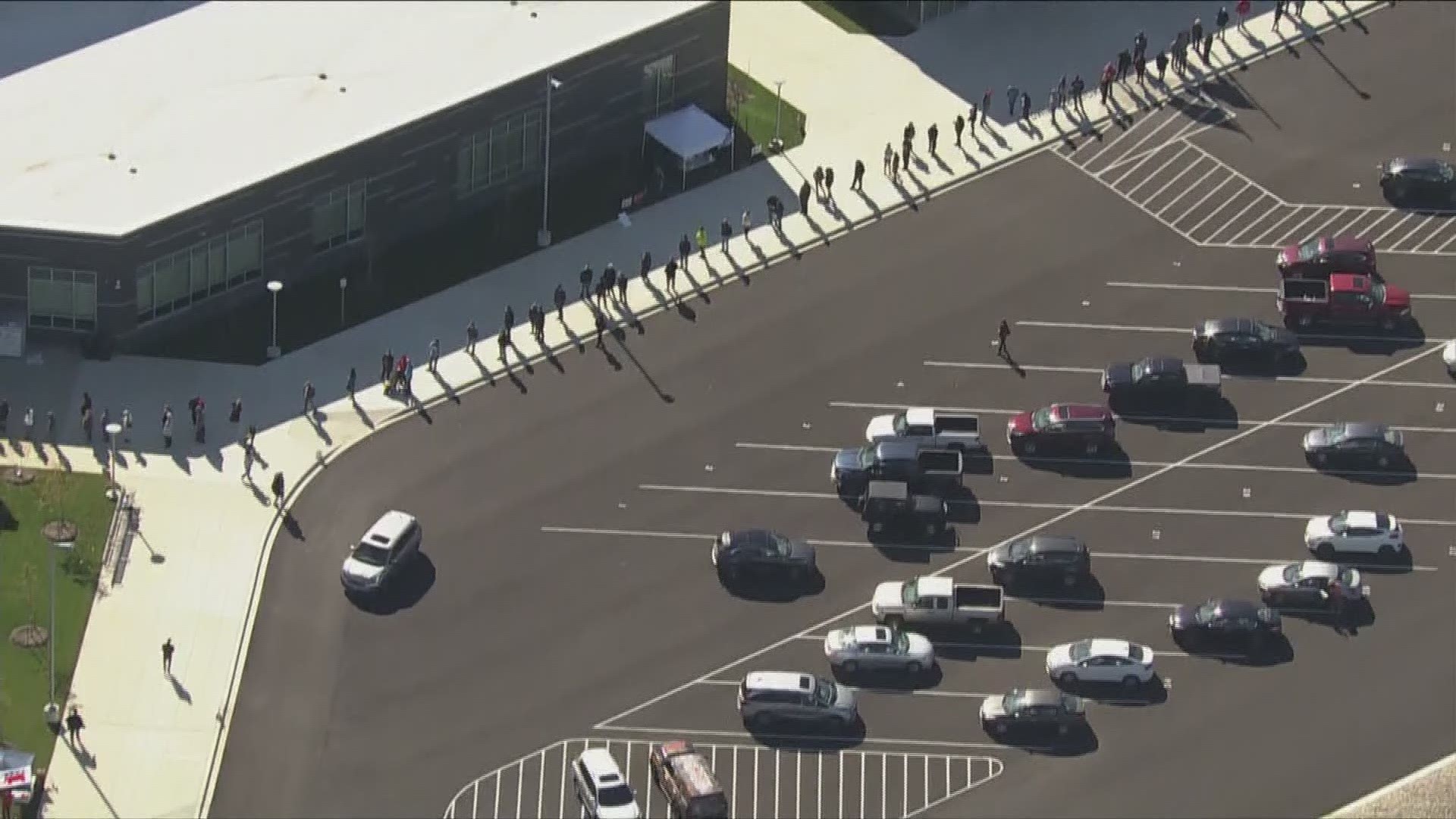 Dr. Wendy Bohon took to Twitter to document her voting experience Tuesday morning. She was in line at Northern High School, one of five polling sites in the county. Bohon tweeted that she estimated between 200 and 300 people in line with her, braving the brisk temperatures to vote Tuesday.

Here are the early voting numbers, per county spokesperson

In addition to voting in the presidential race, Maryland voters will also decide whether to expand sports betting in the state.

RELATED: What can you expect to see on the Maryland ballot? Here's what you need to know

Early voter turnout has set records nationally and in the DC region, but Bohon and others stood in line to vote in person.

Just got to my polling location. It took me 15 minutes of brisk walking to reach the end of the line. Estimate is that it’s a 3-4 hour wait. #VOTE pic.twitter.com/OgARfzqQ9O

She said on Twitter that while there was one man in line who caused an issue, for the most part the mood was jovial and upbeat, despite the long wait. She even tweeted that people were handing out water and snacks to those in line. Pizza was also delivered via the organization Pizza to the Polls.

The folks around me are pretty jovial and in good spirits despite it being cold and windy. We’re all pretty excited about the black cat who’s showed up to watch the proceedings. pic.twitter.com/8MypGvSwf5

WUSA9 have not heard of any reported issues at other Calvert County polling places, and the long wait times are likely a result of high voter turn out.

Bohon said in a tweet that in all, it took her about two hours and 20 minutes for her vote to be cast.

Just interviewed by @wusa9 about my voting experience.

Polls are open in Maryland until 8 p.m. Tuesday night.

RELATED: Watch Live: Dozens of voters in line for hours at polling center in Calvert County

RELATED: Verify: Yes, you can bring your children with you to vote, but there are some restrictions