Expert on election unrest: 'I don't believe that there will be widescale violence'

After a summer of protests, riots, and widespread damage, some businesses around D.C. aren’t taking any chances. 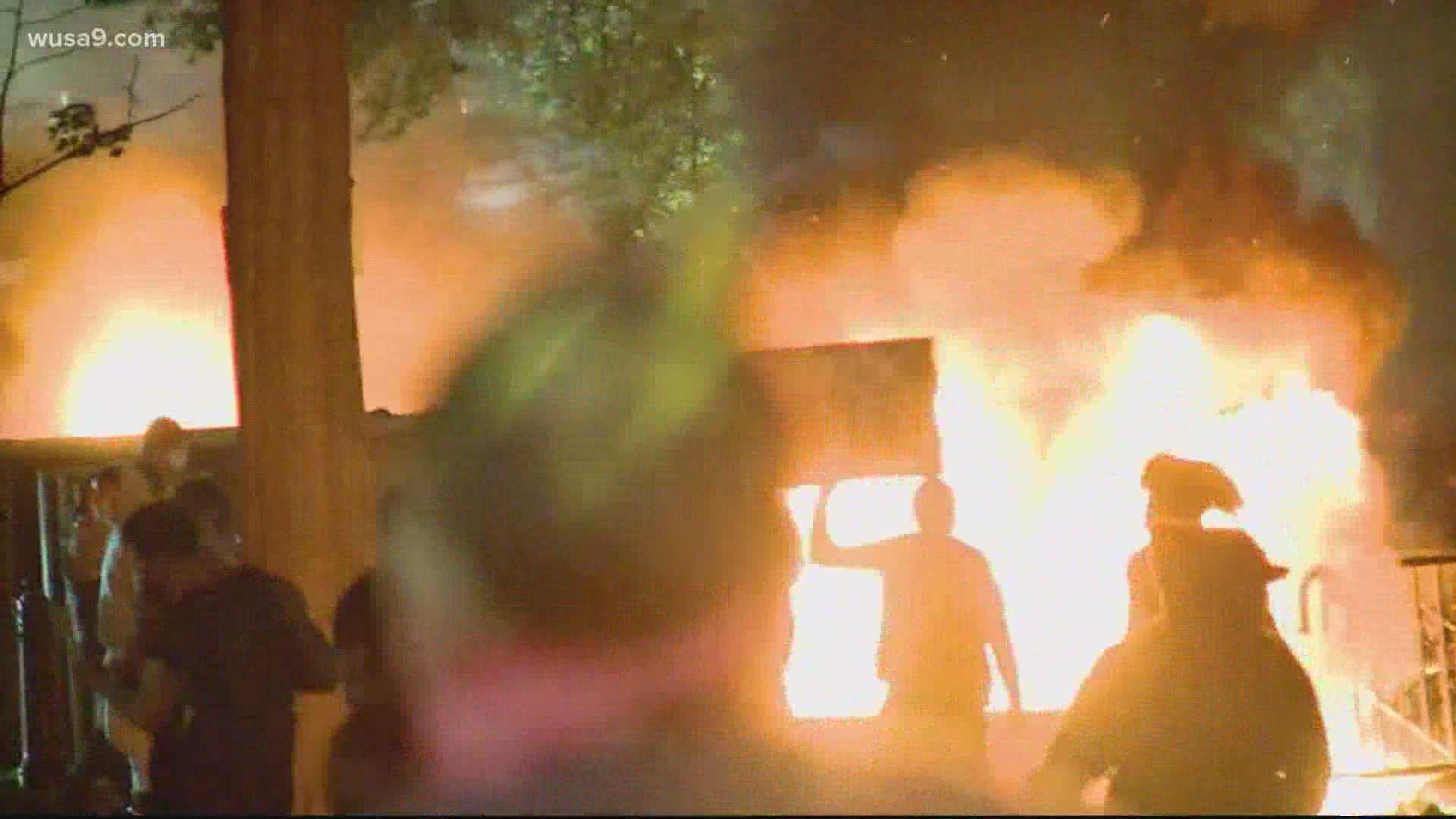 WASHINGTON — The results of the election appear to have a lot of people on edge even before all votes are cast. Several protests are already planned for here in D.C., before people even know the outcome.

After a summer of protests, riots, and widespread damage, some businesses around D.C. aren’t taking any chances; many are boarding up their store fronts.

This election day has become one we won’t soon forget. Some experts think with whatever way the election goes, D.C. could see protests erupt. A recent YouGov poll even says more than half of people expect to see an increase in violence in the wake of the election.

WUSA9 spoke with one Georgetown professor who thinks while we may see protests, he doesn’t expect them to be violent.

“I don't believe that there will be widescale violence in the in the city.” Gary Shiffman said.  Shiffman is an author and a Georgetown professor who’s studied human behavior and violence for the last two decades.

“This has been a fascinating year for the study of violence,” Shiffman added.

The day has finally come, #Election2020. Gary Shiffman, a Georgetown professor who’s studied human behavior and violence has his predictions on whether protest following the elections will be violent or not. #GetUpDC .@wusa9 pic.twitter.com/S0HRN7KeJY

D.C. is no stranger to unrest. This summer alone, we saw weeks of protests, and at times, violence erupting.  But what causes people to get to that point?

But businesses are preparing for the worst, many shopfronts across D.C. have been boarded up. Across the nation, insurance companies are seeing more people increase their policies ahead of Tuesday’s elections.

RELATED: How communities across the District are preparing for unrest on Election Day

“If the state doesn't treat the people with the respect that the people think that they are entitled to, then there is the right to speak out and to rise up and sometimes, sometimes violence occurs.” Shiffman said.

Despite what we’ve seen across the nation — with voters from both sides of the aisle clashing violently, Shiffman believes the focus will remain on voices being heard.

Meanwhile, DC Mayor Muriel Bowser's office says it's ready for any protests. The emergency operations center will be opened. According to the Washington Post, the National Guard has established a new unit which could be deployed to stop any unrest that pops up in the days following the election.

RELATED: 'Prepare for the worst' | Survival camp 'activates' for the first time on Election Day