With Election Day just hours away, DC citizens are concerned about agitators compromising the safety of District neighborhoods. 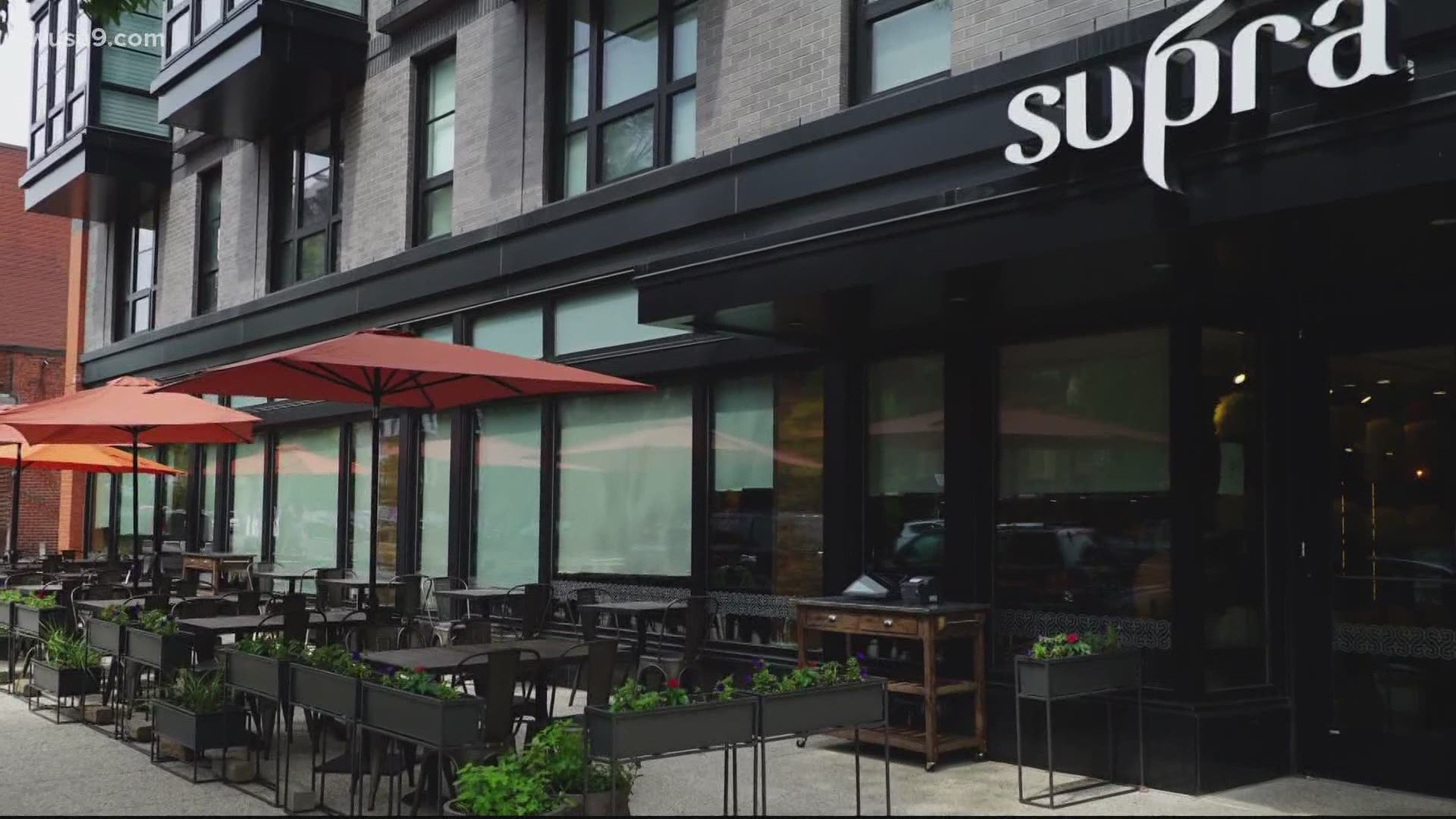 WASHINGTON — There many stories across the District of communities coming together to keep each other safe and protected in the event of any unrest that turns violent on election night or the following days.

In the spring, during a night of unrest in the District following the killing of George Floyd, a hammer was thrown through the window of Supra, a Georgian restaurant in Shaw.

When the residents of the condo building above found out about the incident they wanted to know what they could do to help protect the restaurant in the event that a similar incident happens in the future.

"We’re underneath a 70 unit condominium building and so, you know, back in spring when we got a hammer through the window, [the residents] were very concerned about that," said Jonathan Nelms, the co-owner of Supra in Shaw and Tabla on Georgia Avenue.

The uncertainty surrounding the election caused Nelms to temporarily and proactively close both restaurants this week.

"First priority of course is the safety of our team and the safety of anybody who would come to join us at one of our restaurants," said Nelms. "And so we made the decision to close on Tuesday and Wednesday."

It’s a decision Nelms said was made with input from the community. A community that is invested in protecting its neighbors.

"They were very concerned and very helpful about actually even coming down to Supra to help cover up some things, cover up some walls, move some stuff," recalls Nelms. "That was gratifying. I mean that does give you a sense of community. That look — 'we're all in this together.'"

Rashida Brown and Lisa Palmer are Advisory Neighborhood Commissioners in Columbia Heights and Georgetown. They said community members in their neighborhoods are also coming together to look out for each other.

"We have the citizens association of Georgetown who has a regular patrol Safety Patrol that will be part of our regular keeping our neighborhood safe," said Palmer.

"And in advance of the election, the ANC for instance is inviting the commander of the police department to speak at our ANC meeting tonight, and to talk a little bit about what their expectations are and what their staffing will look like."

Brown said her community has been focused on creating an emergency management plan to make sure that everybody is safe, not only for the businesses but also for the residents.

"We have a community that is made up of primarily 60% of African Americans and 25% of Hispanics," said Brown. "So you're talking about a racially diverse community that has a lot of pride in our neighborhood, supports local businesses, and are very concerned about community conditions."

WUSA9 spoke to a number of ANCs Monday, as well as community activists and organizers. They said there aren’t any communities that they know of that will be policing themselves out of fear of violence within the District.

Instead, they say they’re doing the best they can to let people know who to reach out to if something unsafe is happening in their community.

The District’s Homeland Security and Emergency Management Agency says, at this point, there are no specific or credible threats. But in preparation for the election, their Emergency Operations Center, will activate at 6 a.m. on November 3 and provide 24/7 coverage through Wednesday evening, or later in the week if necessary.