A nonprofit monitor found that while there were instances of violence, the vast majority of summer demonstrations involved peaceful protesters. 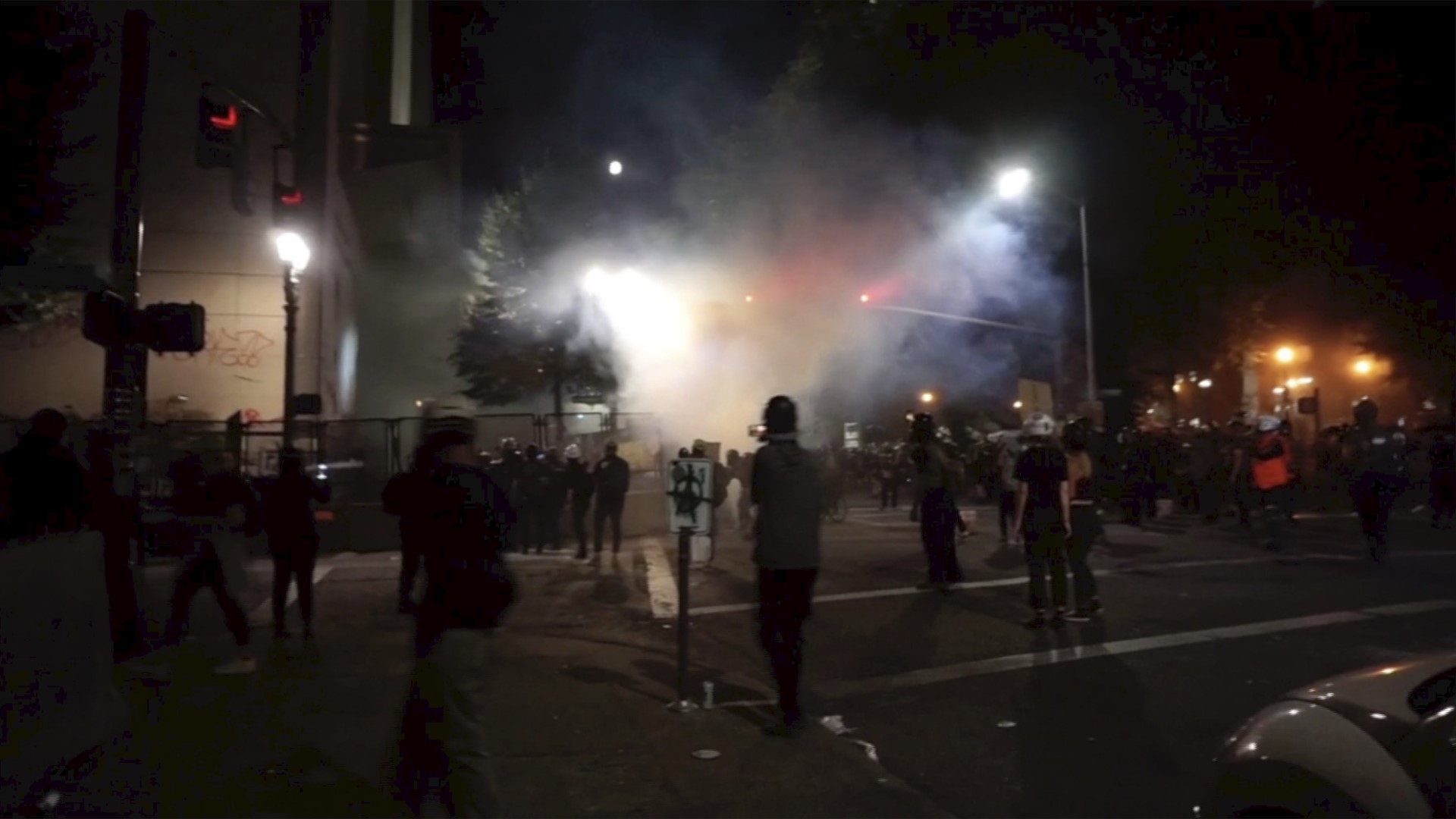 A nonprofit study analyzing more than 10,000 demonstrations in the U.S. this summer determined that nearly 95% involved peaceful protests -- meaning about 5% included demonstrators engaging in violence. The vast majority of those protests were Black Lives Matter protests, 93% of which involved "non-violent demonstrators."

The Armed Conflict Location & Event Data Project (ACLED) from the US Crisis Monitor looked at demonstrations between May 24 and Aug. 22. May 24 was the day before George Floyd, a Black man, died in Minneapolis after a white police officer kneeled on his neck for nearly eight minutes.

ACLED found 73% of the 10,600 demonstrations analyzed during this period were associated with the Black Lives Matter movement. California recorded the highest number of protest events, followed by New York, Florida and Illinois.

One-in-10 BLM demonstrations were met with intervention from police or other authorities, ACLED said. "Of these interventions, government personnel used force in more than half — at least 54%." And it found that there were over 100 events in which there was government violence against members of the media.

On the other side, there were more than 360 counter-protests in this time frame. ACLED said nearly 12% turned violent.

The study data found that the United States is at a heightened risk for instability and violence as the 2020 presidential election approaches. It said that those who are deemed "non-state actors," such as militia groups and individuals, are increasingly turning more aggressive and engaging with demonstrators.

ACLED said data showed activity of over 20 militia groups across the country engaging with protesters.  It also noted that armed persons are becoming more common at protest events and that there have been dozens of instances of individuals launching car-ramming attacks against demonstrators.

A Quinnipiac poll of 1,081 likely voters released Wednesday found 35% of Americans feel Trump would make them safer while 42% said the same about Biden. On the issue of handling racial inequality, 58% said Biden would do a better job while 36% said Trump.

More than 1,000 demonstrations were over the COVID-19 pandemic, ranging from protests by health care workers to those demonstrating over school re-openings and the threat of mass evictions, the study found.

The ACLED is a nonprofit organization that says it collects data and performs analysis of political violence and protest events around the globe.