Members of Congress said troops at the Capitol have been hospitalized, because their food is below substandard quality. 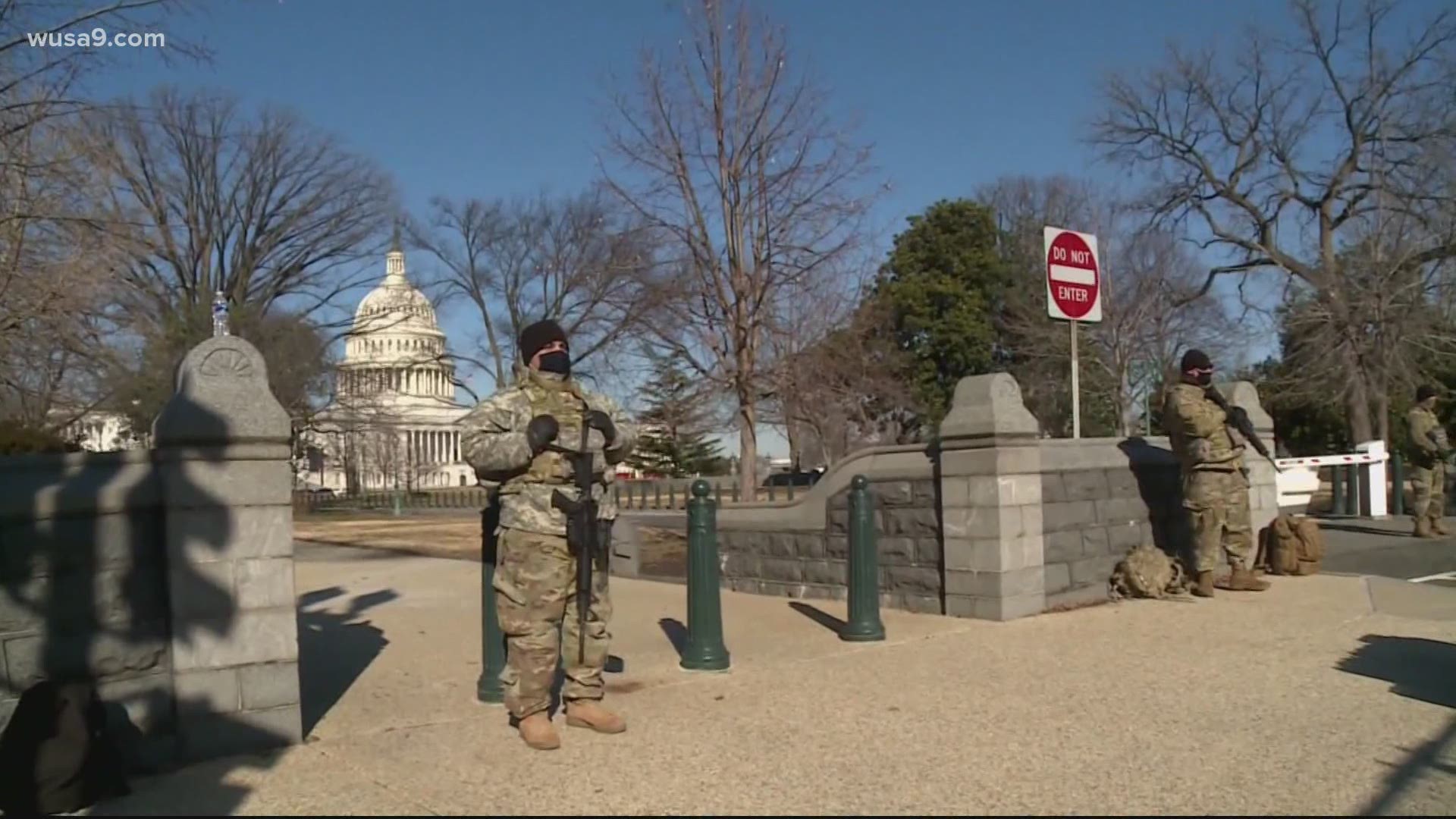 WASHINGTON — In their final days protecting the U.S. Capitol from a potential reprise of domestic terrorism, members of the Michigan National Guard reported metal shavings, feathers, and undercooked meat found in substandard meals, a potential readiness risk that has hospitalized troops.

Michigan members of the House of Representatives wrote a letter Tuesday to Gen. Daniel Hokanson, chief of the National Guard, expressing their displeasure with the findings.

"It is completely unacceptable that our men and women serving in Washington D.C are being hospitalized due to the food they are being provided," the letter said. "We request that either the current contract be voided and a new food provider be brought in or that the service members be provided with a per diem throughout their remaining time in Washington, D.C.”

According to a closed-door National Guard update given to members of Congress, 59 people had wide-ranging gastrointestinal issues because of food consumed at the Capitol. Some of the troops managed their conditions in their quarters, others required a hospital diagnosis.

🚨NEW >> Michigan House members say troops guarding the Capitol have been **HOSPITALIZED** because their food has had metal shavings, moldy, or utterly undercooked...

As reports of undercooked and underprepared food increased Monday, Sen. Gary Peters and Rep. Daniel Kildee, Democrats of Michigan, called for the firing and replacement of the meal contractor, sending appeals directly to the National Guard Bureau at the Pentagon.

“It is simply unacceptable that these men and women are being fed chicken with the feathers still attached, and raw ground beef,” Peters wrote to Hokanson. “After several attempts to rectify the situation and little progress, I believe that the only appropriate course of action is for the immediate cancellation of the existing food contract, the disbursement of per diem for the remaining duration of the mission and to provide retroactive per diem.”

Roughly 1 in 5 of the National Guard troops within the Capitol perimeter are from Michigan. Their mandate expires March 12, when Defense Sec. Lloyd J. Austin III said all troops are expected to leave the Capitol grounds.