Could the National Guard have been called to the Capitol earlier? Witnesses differ over key hour 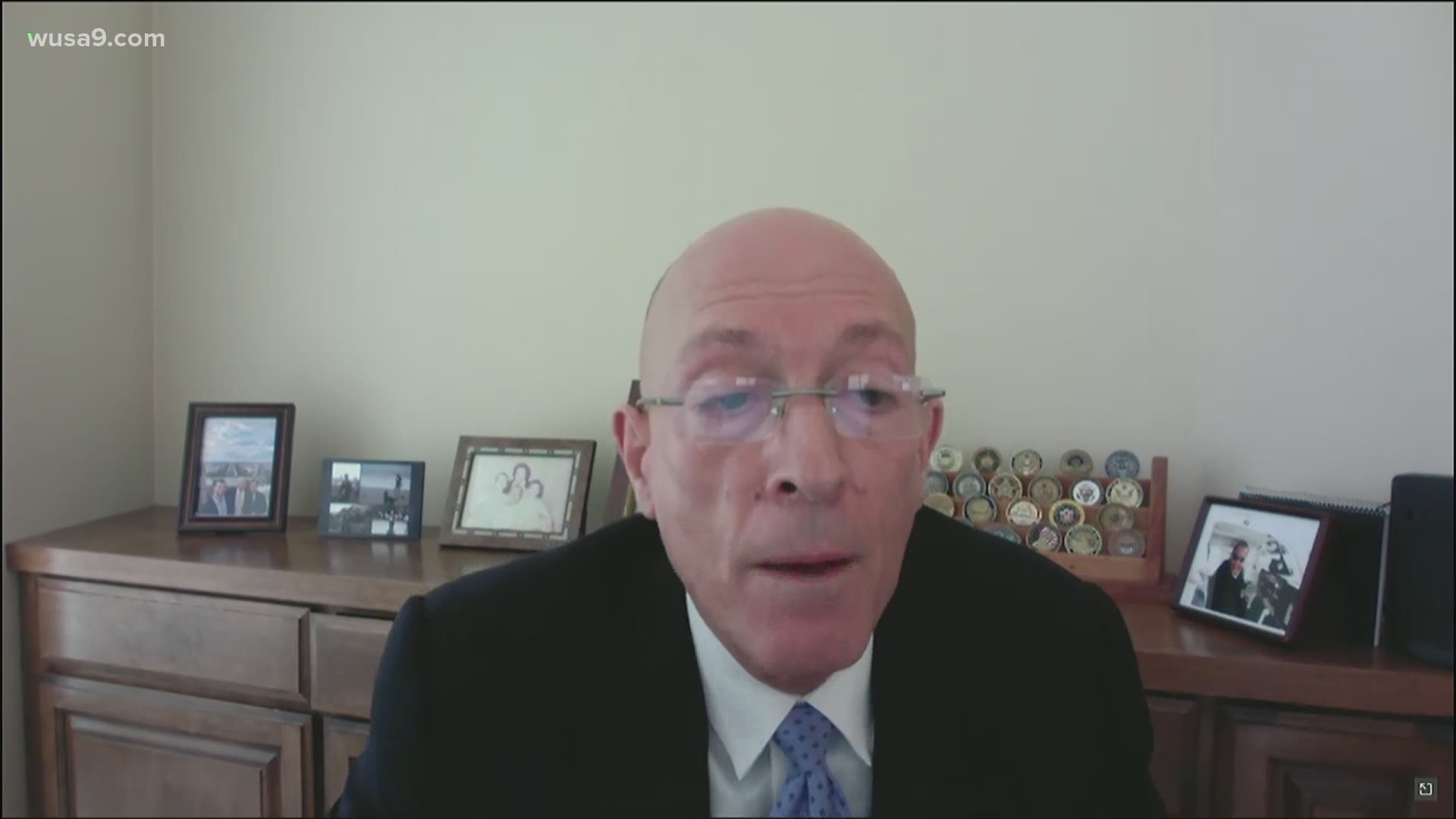 WASHINGTON — Could the call for National Guard help at the Capitol Building been made a full hour earlier? Yes, former Capitol Police Chief Steven Sund told a joint Senate committee hearing on Tuesday – although it puts him at odds with former House sergeant-at-arms Paul Irving and video of Irving inside the House Chamber captured by C-SPAN.

The one-hour gap between when Sund says he called Irving, one of three members of the Capitol Police Board that can approve an emergency declaration and request for help from the Guard, was a major point of questioning during the first public hearing about the Capitol riot on Tuesday.

According to Sund, at 1:09 p.m. he called Irving and told him the situation outside was “deteriorating” and that National Guard support was needed.

Irving denies that, and says he has no recollection of a phone call – and no phone record of it. He says he didn’t hear from Sund until after 2 p.m., at which point he and former Senate sergeant-at-arms Michael Stenger swiftly worked on getting help from the DoD.

Compare that to the Department of Defense’s official timeline of the Capitol riot:

After the hearing, Jeremy Art, a social media specialist for C-SPAN, tweeted a video clip from the joint session of Congress on January 6 covering the timeframe between 1:08 p.m. and 1:12 p.m. In the clip, Irving is visible in the left side of the room and does not appear to receive a phone call.

The phone call at 1:09pm on Jan. 6th is a discrepancy today.

I've gone back and made a clip from the Joint Session (House Chamber) on January 6th from 1:08pm to 1:12pm.

You can see House Sergeant at Arms Paul Irving by the door on the left.

The phone call isn’t the only point of contention between Sund and Irving. According to Sund, he and the sergeants-at-arms met the Monday morning before the riot to discuss the possibility of accepting 125 National Guard troops as extra help for the event. Sund says Irving was concerned about the “optics” of uniformed Guard troops at the Capitol.

Irving repeatedly denied that, including after direct questioning by Sen. Josh Hawley (R-Missouri).

“Senator, I was not concerned about appearance whatsoever,” Irving said.

Sen. @HawleyMO asking Irving about the "optics" quote attributed to him again. "Were you concerned that having the Guard present would look like it was too militarized?

Irving: "Senator, I was not concerned about appearance whatsoever." @wusa9 #CapitolRiot pic.twitter.com/Mw0x3fiNot

Irving said the intelligence he and the Capitol Police had received from the FBI suggested the event would be similar to other MAGA marches in D.C. previously – a point he, Stenger, Sund and acting DC Police Chief Robert Contee all agreed on. As a group they unanimously pointed to intelligence failures – including a late email from the FBI’s Norfolk branch on January 5 they say never made it to department leadership.

“We talked it over,” Irving said, “During that call we all agreed that the intelligence did not support the troops and collectively decided to let it go. Michael Stenger then said, ‘How about we put them on standby just in case?’ and that’s what we ended up doing.”

Had the National Guard arrived at 4:40 p.m., instead of 5:40 p.m., it would not have been earlier enough to prevent the need to evacuate Vice President Mike Pence and other members of Congress from the House Chamber, which happened around 2:30 p.m. Nor would they have been able to deter the mob from attempting to break into the Speaker’s Lobby, which ultimately led to the fatal shooting of Ashli Babbitt around 15 minutes later.

Sen. @RoyBlunt grilling Sund and Irving on the apparent 1-hour delay between Sund saying he asked for National Guard support and the Capitol Police Board approving it. Sund says he asked at 1:09 p.m. Irving says he didn't get request until after 2:00 p.m. @wusa9 #CapitolRiot pic.twitter.com/r1Lwh9aBqO

The committee requested both Sund and Irving submit phone records from January 6. Members of the House Appropriations Committee will also have the opportunity to question acting Capitol Police Chief Yogananda Pittman during a hearing on Thursday about her timeline of events during the riot.

The next Capitol riot hearing is scheduled for Wednesday at 10 a.m. before the House Judiciary Committee, which will hear from domestic terrorism experts about the warning signs and signals prior to the attack on January 6. You can find a full schedule of this week’s Capitol riot hearings here.