Police have yet to find the man who planted bombs at the Republican and Democratic headquarters. Now the acting chief says extremists want to blow up the Capitol. 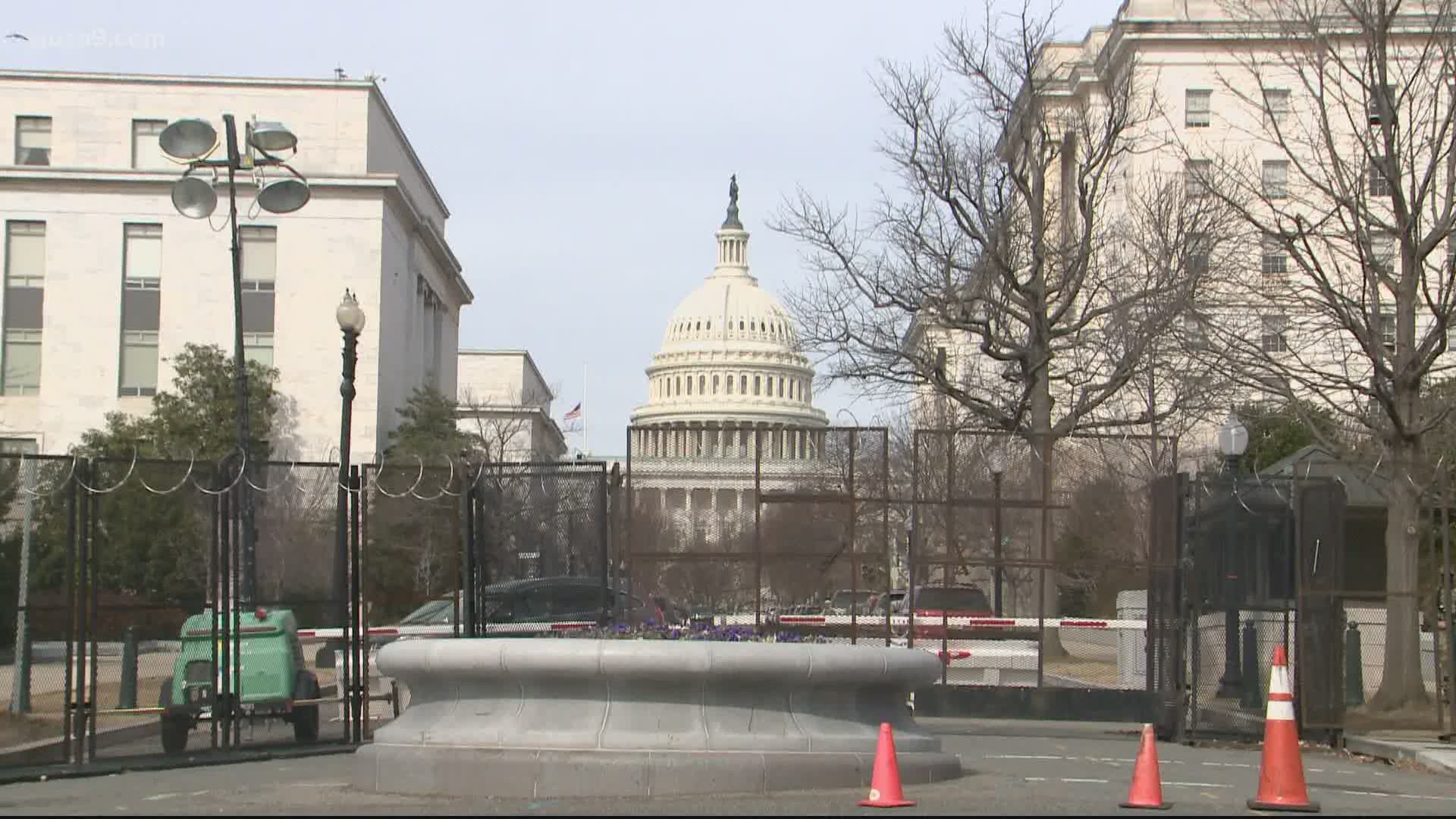 WASHINGTON — Residents in the District are on edge Friday as the Acting U.S. Capitol Police Chief Yogananda Pittman warned that extremists hope to blow up the Capitol during a joint session with President Biden.

In a testimony Thursday, Pittman suggested the threat to blow up the Capitol is one reason the National Guard and all the fences are still sealing off the iconic symbol of our democracy.

Pittman said the threat is one reason the extra security needs to stay in place and should stay at least through the President's yet-to-be-scheduled speech.

Several residents say it doesn't help to calm nerves that the man who left pipe bombs next to Democratic and Republican party headquarters remains at large.

"It's honestly made us feel more unsafe," Della Sobeicki, 12, said.

Sobeicki was with three of her friends was navigating a narrow space between chain link fence and razor wire. The threats, and the security, just feel wrong to the kids, who have had Capitol Hill as their playground for years.

"We used to walk down to the Capitol every night with our dogs and now we can't even get through," Sobeicki said. Her friend Juliana Summey, 13, agrees.

"A lot of people I know, like just left town," Summey said. "I know it's important we have these walls. It just feels horrible that we need them," Madeleine Dazant, 13 said.

Pittman said it's too soon to bring them down.

"Members of militia groups that were present on January 6 have stated their desire that the want to blow up the Capitol and kill as many members as possible, with a direct nexus to the State of the Union," Pittman said in testimony to Congress.

The man who planted pipe bombs outside the Democratic and Republican national headquarters remains at large, with the reward now up to 100-thousand dollars.

Karlin Younger, 36. discovered the bomb at the Republican National Committee (RNC) as she was taking out her laundry.

#ICYMI: The #FBI and @ATFWashington
are offering up to $100,000 for information about the individual(s) who placed pipe bombs at the Democratic National Committee and Republican National Committee headquarters in Washington, D.C., on January 5. https://t.co/f5uzC59PAC pic.twitter.com/OWn1Tpi0sD

"The first thing I saw was wires, and the next thing I saw was six inches of pipe capped on both ends... And that's when I see this dial, and it has a hand on 20. And I leaned closer, and I thought, 'Is that 20 seconds, is it ticking?'" Younger said in a January interview with WUSA9.

RELATED: Students call on Mt. St. Mary's University officials to fire professor after he hinted at his involvement in January 6 uprising

The suspect was captured on surveillance tape in a gray hood, face mask, gloves -- and distinctive Nike Air Maxes. The bombs apparently planted between 7:30 and 8:30 p.m. on Jan. 5 to distract police the next day.

"Two pipe bombs that were specifically set right off the edge of our perimeter to what I was suspect was to draw resources away," former Capitol Police Chief Steven Sund said as he testified before a congressional committee trying to determine what went wrong on Jan. 6.

The federal investigators have been picking apart those pipe bombs, trying to track the chemicals and components back, to see if that will lead them to the bomber. But it's been almost two months now, and still no arrest.