Sherry has been an NFL wife for quite some time now. But on the other side, Sherry is an accomplished woman with a lot to say. She's a strong force for her family. 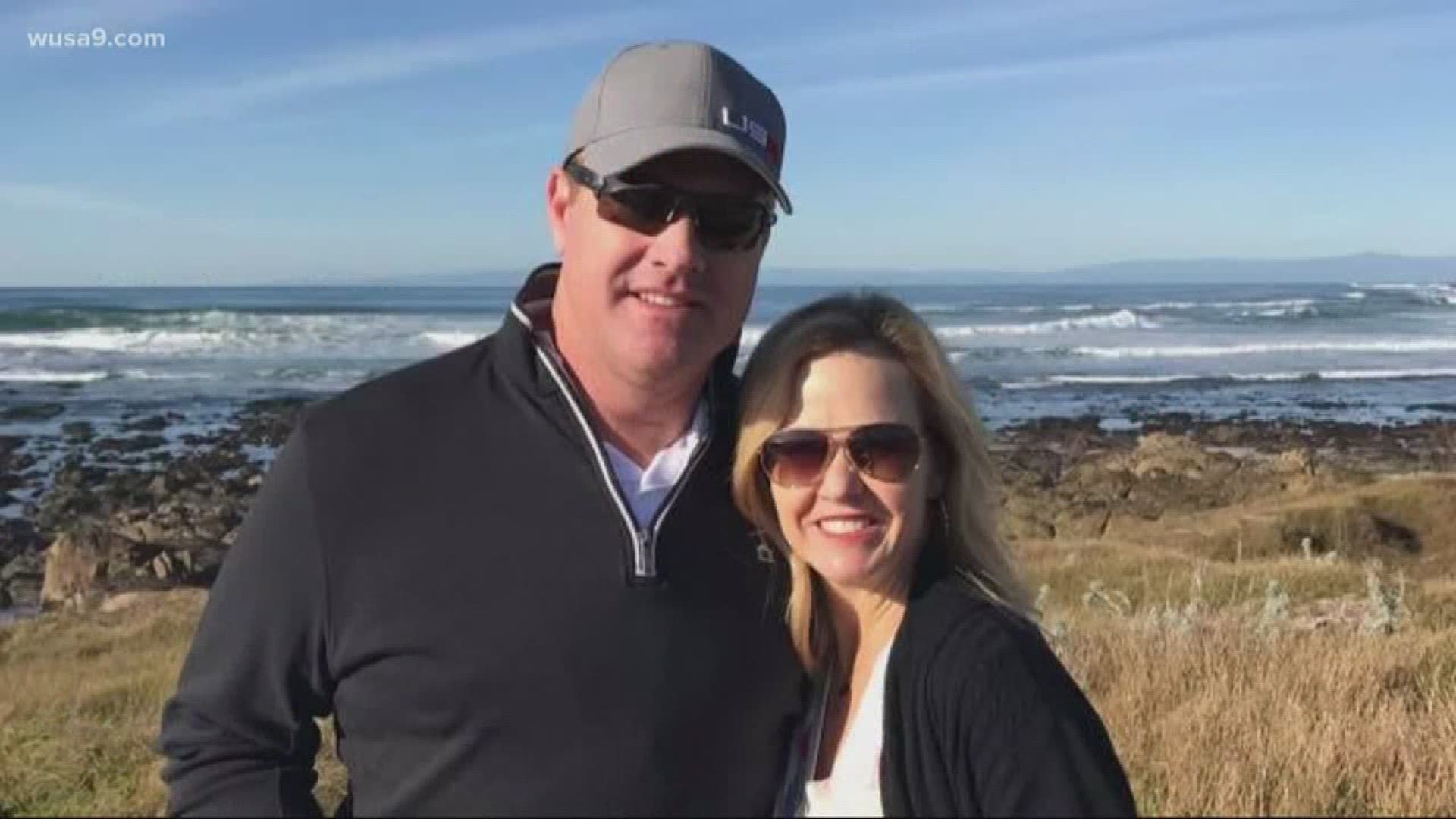 WASHINGTON — "Hi! How are you," Sherry Gruden said, as she welcomed visitors with a warm smile and embrace.

Sherry and her husband, Washington Redskins head coach Jay Gruden, have been happily married for 30 years. They have three sons and two grandsons together. She's been an NFL wife for quite some time now.

But on the other side, Sherry is an accomplished woman with a lot to say. She's a strong force for her family.

"I'm from Louisville, Kentucky and come from a pretty large family there," she said. "I have a couple of siblings and a lot of my family is still there. I'm the only one who moved away."

"I met Jay at college," she added. "We both went to the University of Louisville. He was a couple of years older, and just on the other side of football. So, he was working now in the coaching office there, no longer playing when we got together which was probably a good thing." 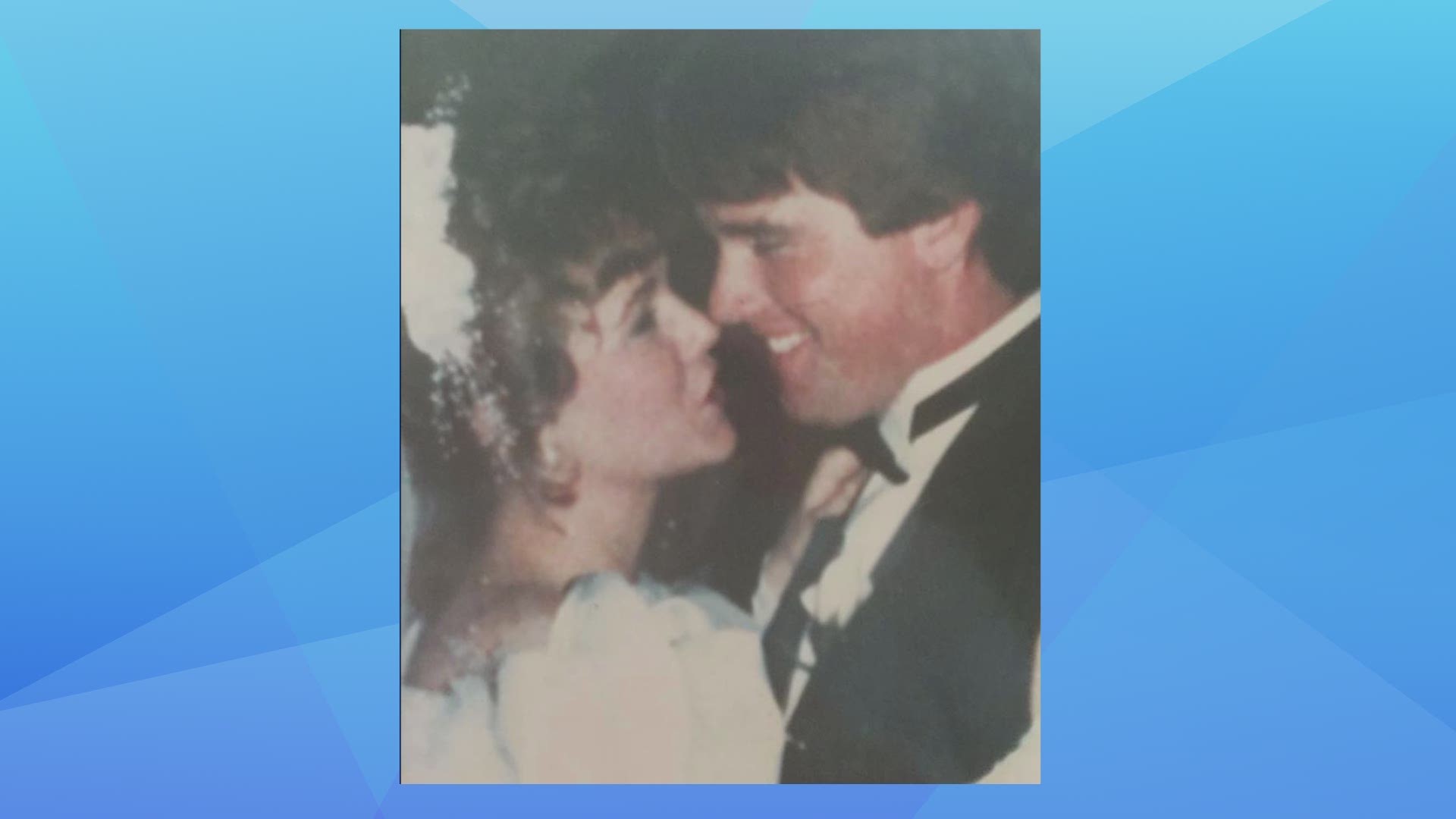 Sherry  said that they dated for a short time, then she and Jay were married after he graduated from college. She was in her senior year, and knew that she was marrying into a football dynasty.

"I didn't know a lot about football," Sherry said. "His mother knew more than anybody who had taught me about football. You know, Jon, his brother, had just started out his coaching career. And his father had been a coach."

While her husband pursued his football career, Sherry kept busy building her own path.

"I've always been a go-go-goer, like, I didn't sit still very often," she said. "The third child came along, and it's like, I gotta do something else, gotta do something that's more flexible. So, I decided to get my real estate license."

Her growing real estate team became one of the top in the nation for Caldwell Banker. Sherry said she did that for a while until Jay's job took them to Cincinnati.

In 2014, Jay Gruden became the head coach of the Washington Redskins. And, as if going from offensive coordinator to the top job wasn't just a career change, the increased pressure and scrutiny became a life changer for Jay and his family.

RELATED: Antonio Brown not with Raiders amid reports of suspension

Credit: WUSA9
Sherry Gruden talks with husband Jay on the football field before start of game.

"It's always most fun when you don't have direct involvement in the game," she said. "When you can sit back as a spectator and watch and just really get into the actual fun of the game."

"When you're in the final stages of contracts and your team's gotta perform or, you know, your job is on the line kind of thing, it's stressful," Sherry said. "So, it's always exciting, but, it's also always stressful because your livelihood depends on every win. So, yeah, right now we're in that stage."

Sherry said she knows Jay hears more of the criticism, but he takes it well.

"Everybody is entitled to their opinion to what they think, and they are passionate sport fans," Sherry said.

"I know that he is putting in 100 percent of effort every week, every week in and every week out, doing everything he can do," she added.

RELATED: Redskins cornerback gives back by donating blood in honor of his namesake

Credit: WUSA9
Sherry Gruden gives son Jack a hug as he greets her before kickoff at FEDEX Field.

RELATED: Redskins ragtag offensive line has confidence they can do the job

Sherry said while Jay puts in 100 percent of the effort on the field, she takes care of much of their home life.

"He knows that I take care of things on the home front and whatever he needs, I'm there for him and the kids, and, you know, pretty much the rock of the family," she said.