Redskins ragtag offensive line has confidence they can do the job

With several Redskins lineman injured, and Trent Williams holding out, there's uncertainty on the offensive line. 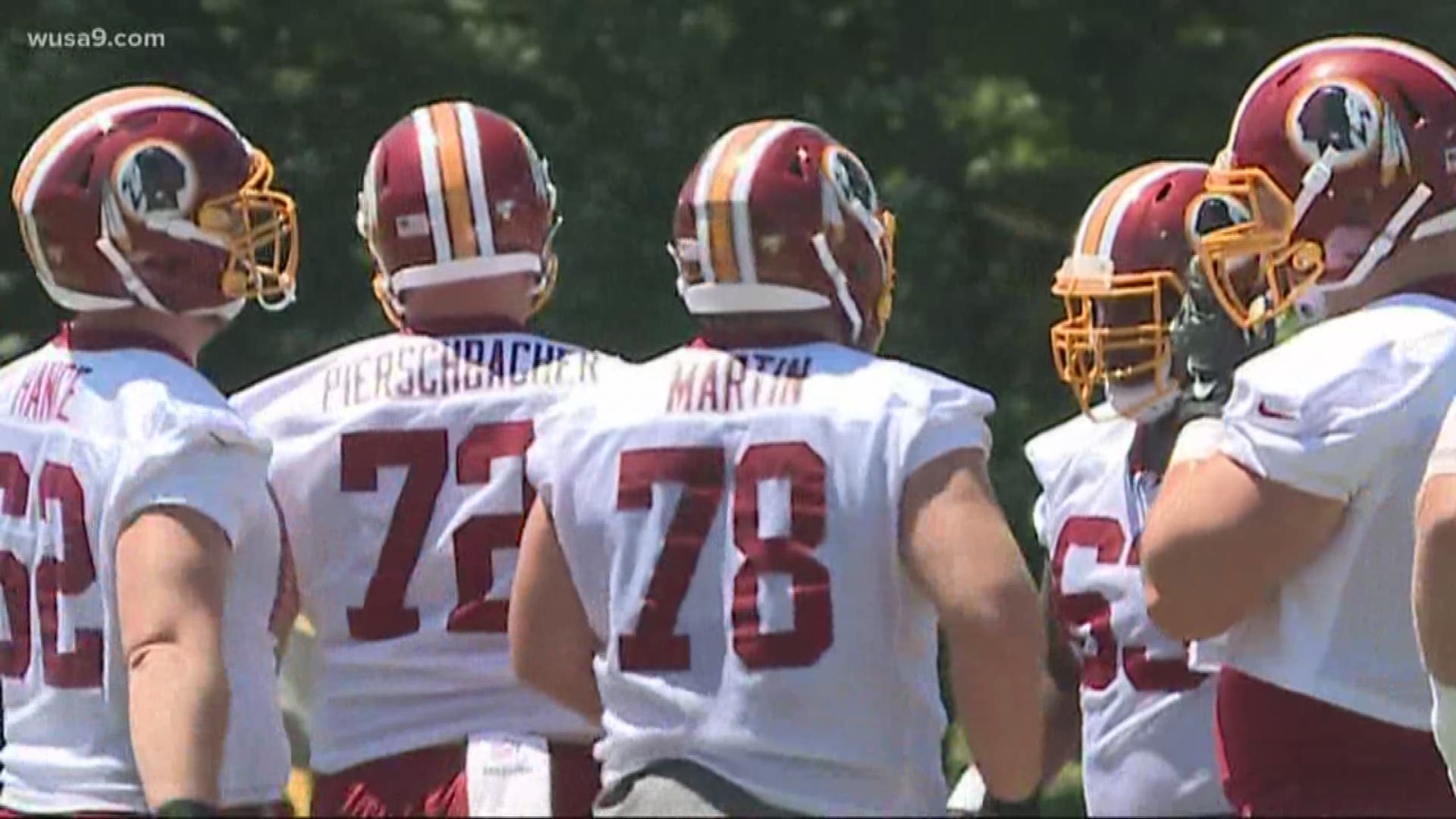 ASHBURN, Va. — If you listen to conventional wisdom you'd have to believe the Redskins drafted quarterback Dwayne Haskins with the intention of playing him, in year one.

Head Coach Jay Gruden said there will be a competition at the spot. But his success may have a little to do with the guys charged with protecting him, the offensive line.

The group has a handful of guys injured, Trent Williams is holding out, and there’s still uncertainty. But the guys, like guard Brandon Scherff say they don’t care. They're ready.

“You ask about pressure, there's no pressure," says Scherff. "[Bill] Callahan is the best O-line coach in country. He's going to get us prepared. It’s all about the next man up. He expects us to know everything inside and out.”

Most fans and pundits will tell you the team’s strength is the defensive line. But that doesn’t bother guard Tyler Catalina.

When asked if there's any pressure on the unit with the potential of a rookie quarterback, Dwayne Haskins, starting for the team, Offensive lineman Tony Bergstrom says "You feel that way anytime a quarterback is back there, rookie or not because every team is gunning for that QB no matter who he is."

Scherff mentioned the ‘next man up’ a common saying in sports. But next months’ training camp will be the time to find who that next man is.