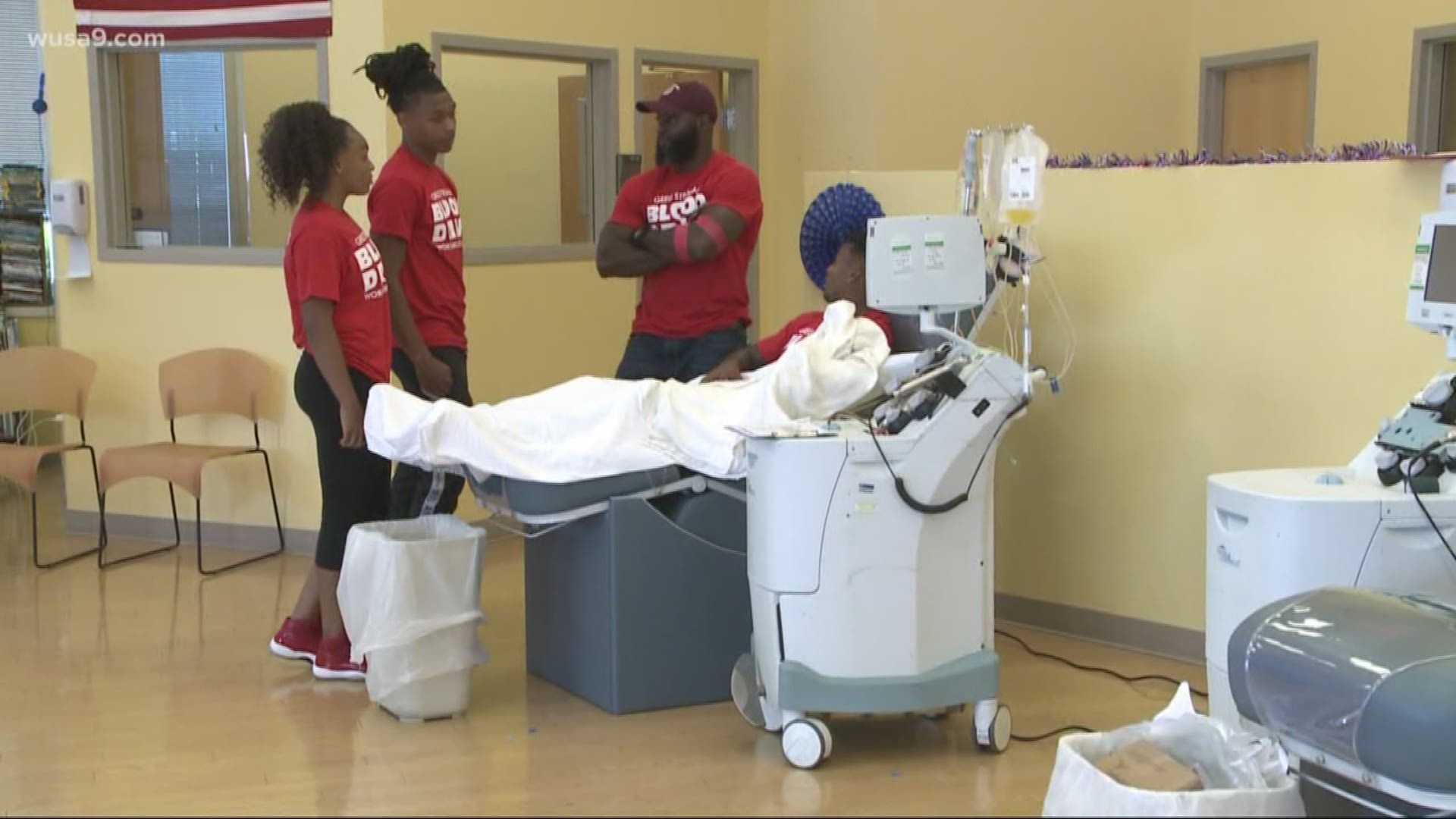 STERLING, Va. — Uwaifo Idehenre has the gift of gab, a big name and an incurable disease.

His Mom Elsie Awantoh recalls, "My son has had to have about three blood transfusions to be saved."

Three transfusions in his short 18 months of life, all because of sickle cell anemia, a disease that causes red blood cells to break down.

While there's no cure, there's treatment -- and blood donations help save lives.

Greg Stroman is donating blood and platelets at the Inova Blood Services, not far from Washington's practice facility in Ashburn. This is his blood drive, and the reason is personal.

"Today is my uncles birthday," he said. "He died of sickle cell when he was 10 years old. I'm actually named after him, so is my dad."

RELATED: Redskins ragtag offensive line has confidence they can do the job

"Who should I challenge? ... Greg Manusky would be a good one, but I don't think his blood is good enough," Gruden said.

Idehenre's Mom was surprised and pleased about the Burgundy and Gold presence.

"They have humanity at heart," she said. She said she really appreciates "people who donate blood because it saves lives."

"You never know until you're in such a situation," she said.

Greg agreed, and encourages everybody who can give blood "to go out and do it."

Doctor Elizabeth Yang of Pediatric Specialists of Virginia said not everyone with sickle cell needs a blood transfusion, but some people in serious situations, do.

She said those with the disease need specially matched blood. Since sickle cell strikes primarily African Americans, there's a stronger need in that community.