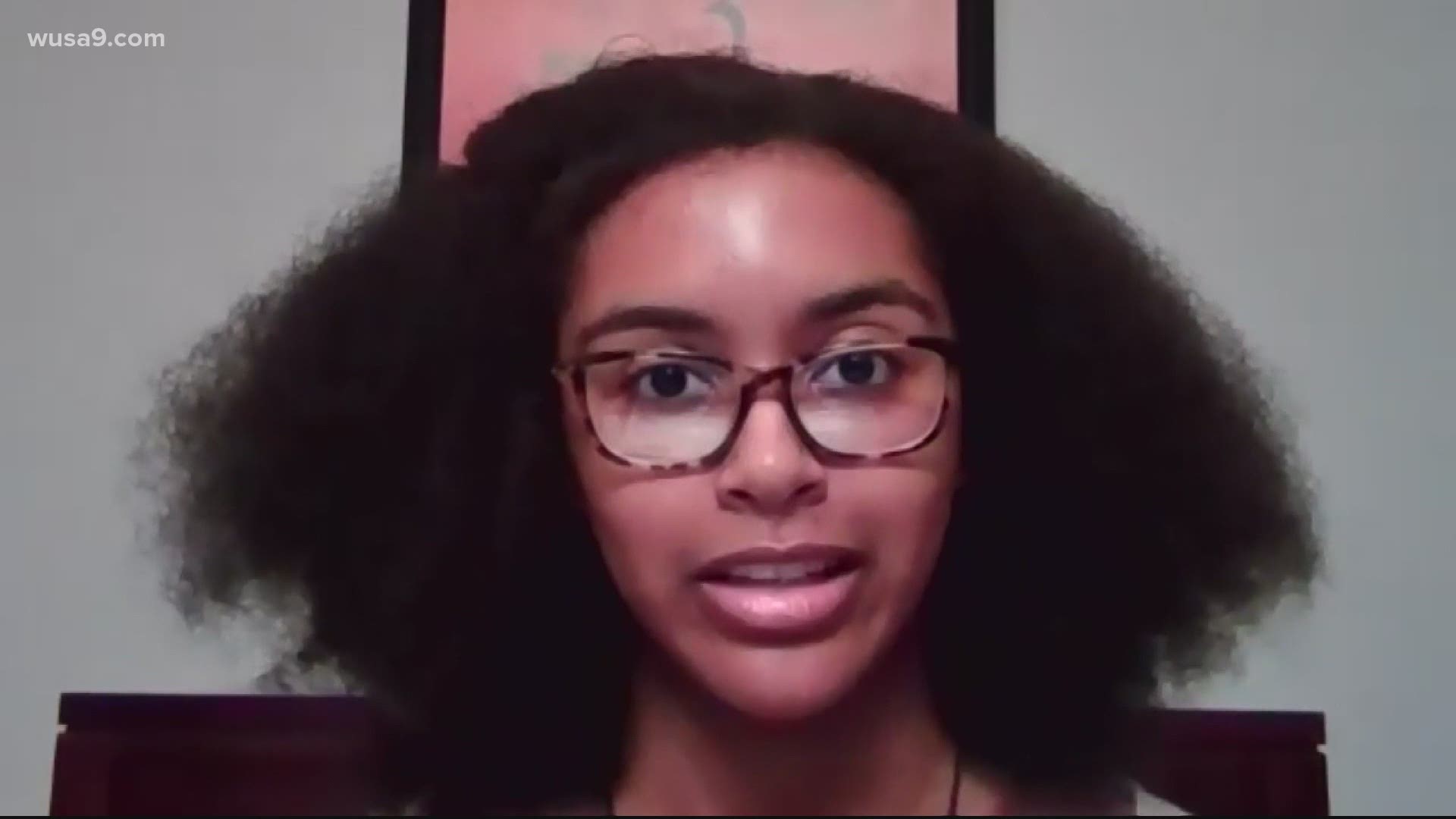 HERNDON, Va. — October has been deemed National Bullying Prevention Month. Every day young people face the challenges of dealing with bullies. One Virginia student is using video making to overcome after she said she was bullied for years while attending brick and mortar schools.

It’s through the creation of stop motion videos, the soft-spoken Morgan Jones is overcoming the challenges of bullying.

“I made a movie, a short film about a girl who is deaf and overcoming bullying from her bully at school and she entered a singing competition and won,” Jones said.

Jones is a student at Virginia Virtual Academy. She has POTS – a condition that affects circulation. She often feels lightheaded, her legs get weak, and it’s hard for her to move some days. Her condition often made her a target for bullies.

“It doesn't feel great to like feel hated; to feel that hatred. So, just try to imagine it yourself,” Jones explained.

Chances are, we know someone who's been/being bullied or have been bullied ourselves. The month of October is used to combat that! #GetUpDC, we're hearing from one Virginia teen about how she's channeled those tough days into some pretty cool projects! .@wusa9 pic.twitter.com/Wa9nWwjS7C

Years ago, she said she attempted suicide.

“It really was the root of losing my friend to suicide. Not being able to find a friend who truly understands the kind of feeling alone, and so it was this deep dark depression I went through after my friend committed suicide,” she said.

RELATED: How to talk to a loved one who may be struggling with thoughts of suicide

Dealing with the loss of her friend sent her on a downward spiral.

Statistics show she’s not alone. According to Broadband Search, 73% of school-age students feel like they’ve been bullied in 2020. About 87% of young people said they’ve seen cyberbullying online.

Jones said her classmates confirm some of these statistics.

“Even acquaintances that I knew, I asked them, and they said I get bullied, so much. I don't know, I am numb to it now and that was kind of heartbreaking.”

While this month is dedicated to preventing bullying, Jones believes it’s something we should prioritize daily because we never really know the challenges someone is facing.

“We to realize how much of miracles we are and how much of those miracles. We are all in your clothes and you can make this world better, and it's just better to stay in it,” Jones said.

If you or someone you know is contemplating suicide, contact the national suicide prevention hotline, the number is 1-800-273-TALK.