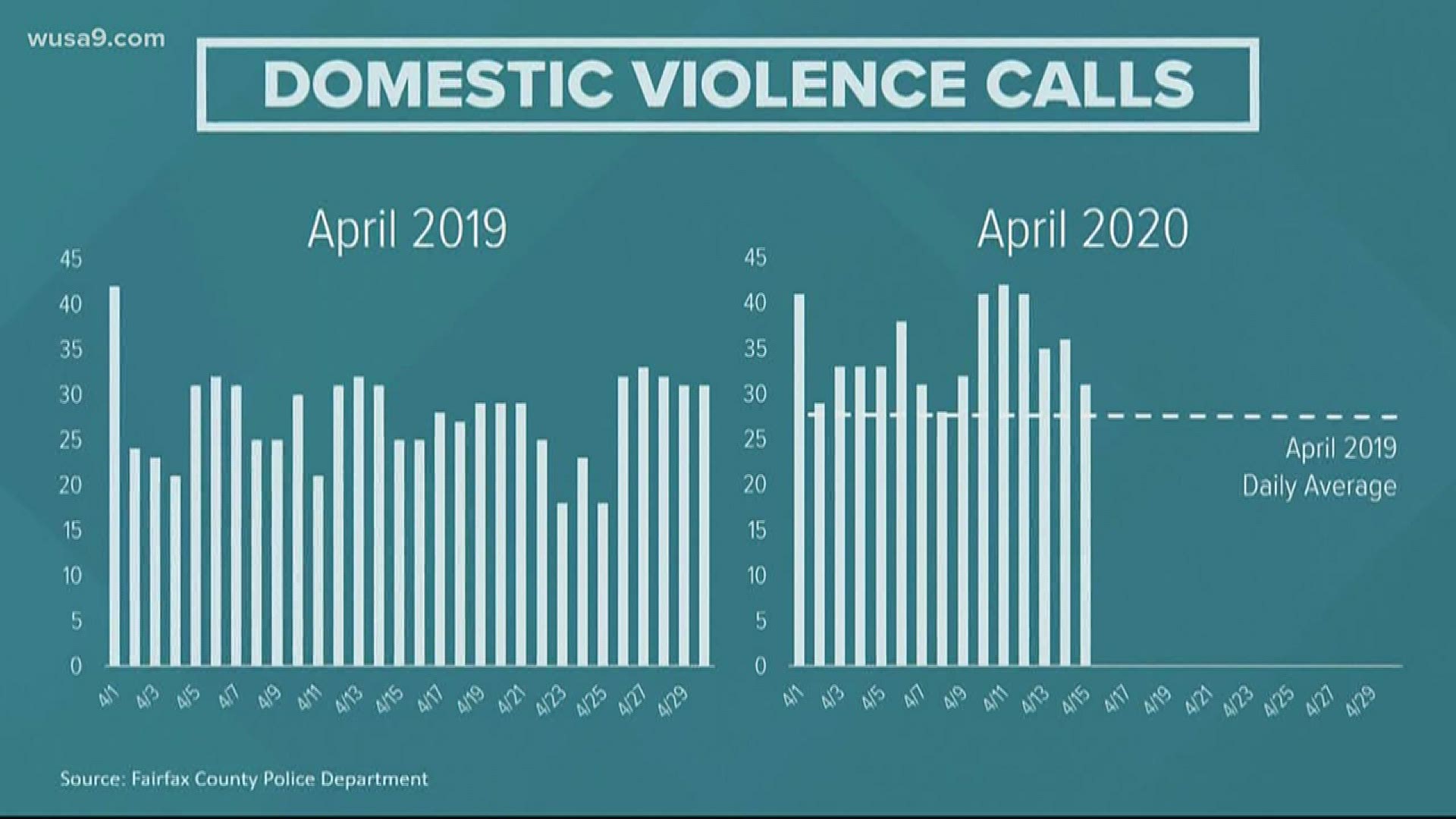 FAIRFAX COUNTY, Va. — Stay-at-home orders mean everyone has to stay inside – presenting a dangerous reality for domestic violence victims.

"We in the domestic violence field believe it is a more dangerous time for victims,” Keesha Coke, with Fairfax County Family Services, said. “The stressors that families and individuals experienced pre-COVID-19 crisis remain. In addition, they’re exasperated, and there are additional stressors.”

According to the Fairfax County Police Department’s daily call-for-service recaps, there has been an increase in the number of domestic violence-related calls.

Fairfax County Police Chief Edwin Roessler Jr said in a provided statement that the department has seen an incremental uptick in domestic violence calls in the county.

“It's not an alarming uptick. What we're seeing is two or three more than a day before,” Roessler said.

Credit: WUSA
There have been an increase in the number of domestic related calls in Fairfax County.

The daily average number of domestic related calls this month, according to the daily calls-for-service recaps, are up 26% compared to April 2019.

Although the number of domestic violence calls to the police department has gone up, the number of calls to the Fairfax County Domestic & Sexual Violence Services hotline initially went down during the start of the stay-at-home order.

“Starting with March 8 when the social distancing guidelines were first implemented, we actually started seeing a decrease in our calls to the domestic or sexual violence hotline and we anticipated it was because victims and abusers are together,” Coke.

Coke said they saw a 30-to-50% decrease in calls. Over the last week, she said the number of calls has increased and is up 15% compared to this time last year.

“We are receiving reports, or disclosures from victims, with regards to threats by their abuser of the abuser going out and purposely contracting COVID-19, and then coming back and infecting the victim," Coke said.

Coke said they have also had reports of victims being threatened with weapons.

There is also information on what can be done if you’re not able to call the number HERE.