Police said they believe the striking vehicle is a red Hyundai sedan with front end damage. 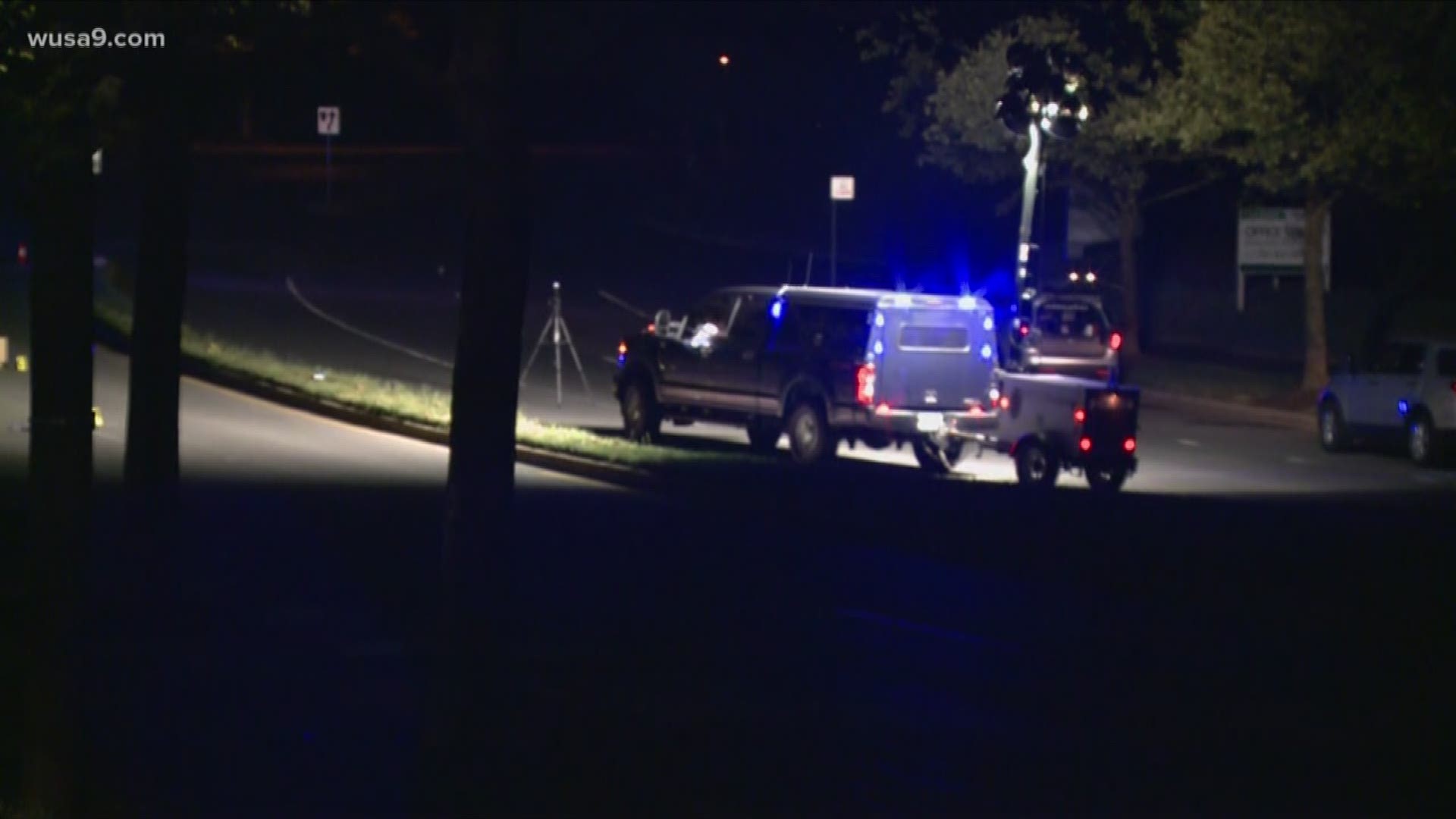 FAIRFAX COUNTY, Va. — A pedestrian is dead after a driver hit and killed them early Friday morning and the drove away.

Fairfax County Police responded to the 12500 block of Fair Lakes Circle for a pedestrian struck.

Detectives from the Crash Reconstruction Unit said their preliminary investigation determined that Nooria Youssefi, of Fair Lakes, was walking in the eastbound lanes of Fair Lakes Circle around 11 p.m. when she was hit by a 2016 Audi A3. Youssefi, who wasn't near a crosswalk.

Youssefi was then hit by a second vehicle, a 2017 Hyundai Elantra. Youssefi was pronounced dead at the scene, police said.

Detectives said the driver of the Audi initially drove off, but returned a bit later and is cooperating with detectives.

The driver of the Hyundai didn't remain on the scene but the owner contacted detectives and was interviewed. Police said they don't know whether speed and/or alcohol were factors.

Earlier this week in Prince George's County, an officer hit a pedestrian.

Officials said the officer was making a left turn from Livingston Road onto northbound Maryland Route 210 when for reasons that remain under investigation struck a pedestrian who was crossing MD 210.

The man was flown to a hospital as a precaution and is expected to be OK. Investigators are still working to determine the cause of the crash.

Police said the officer was on duty and was reporting to court at the time.

This accident happened on Indian Head Highway in Maryland. WUSA9 has reported on several tragic accidents on that road. Late last year, three children were killed in a major crash on the highway. Police believe they were hit by a drunk driver.