The fire caused $48M in damages, including the total loss of the main buildings under construction, 14 townhouses, and one trailer. 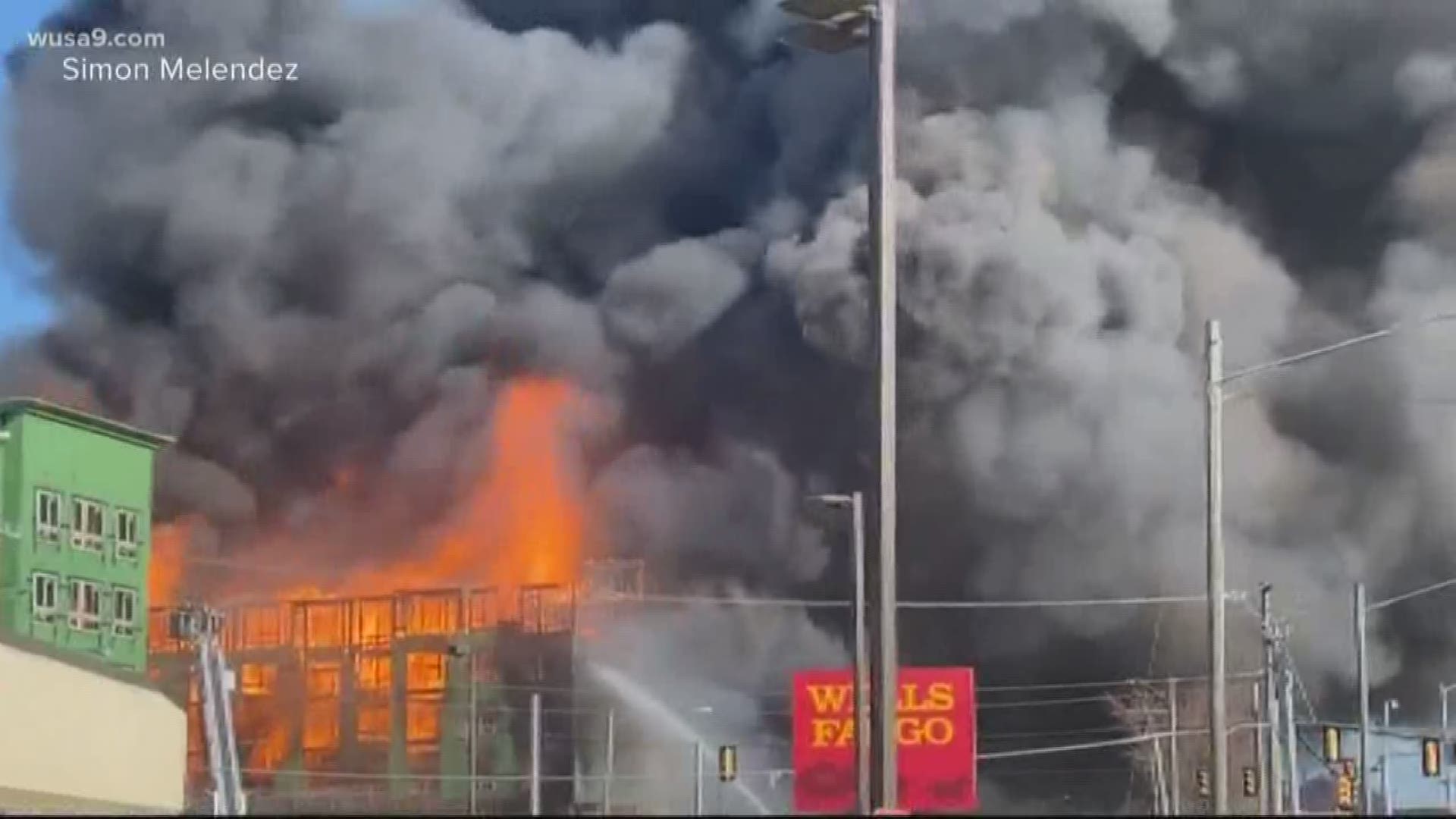 ALEXANDRIA, Va. — A massive 4-alarm fire that broke out near Alexandria over the weekend, engulfing a building under construction in huge flames was caused by improperly discarded smoking materials, causing over $48 million in damages, officials said Thursday.

Fire Investigators said Saturday’s fire in the Groveton area was accidental and started in the second-floor trash chute of the residential portion of a multi-use complex. The cause of the fire was improperly discarded smoking materials.

Thick black smoke from the fire was seen for miles around the DMV.

RELATED: This is how far away people could see the Alexandria building fire

Fairfax County Fire Department received calls at 9:40 a.m. Saturday to the 2800 block of Poag Street off North King Highway for a fire at the top of a five-story building. Poag Street is located in the Groveton area of Fairfax County.

Fairfax County Fire Chief John Butler said when fire officials arrived, there were two buildings under construction that were fully engulfed in flames.

"The fire had spread to some adjacent buildings, some of which included some under construction townhomes," Butler said.

Butler said the fire department faced limited road access, as well as limited water and wind which caused some challenges while battling the massive fire. The strong winds made containing the fire difficult, Butler said.

There are additional unexploded propane tanks on the construction grounds that officials are currently keeping an eye on.

"The main priority is to protect the exposures," Butler said.

Alexandria fire seen by many Saturday

1 / 5
A massive 5-alarm fire broke out near Alexandria Saturday morning, engulfing the building in huge flames. Thick black smoke was seen for miles around the DMV.

Butler said it's a challenge to battle fires with wood construction, especially as large as this one. That's why he said they will continue to talk with legislators about fire protection systems.

"The subject has been raised throughout the nation. This is not uncommon and it’s something that all legislatures and fire chiefs should be paying attention to," Butler said.

Butler said there was no sprinkler system activated Saturday, and said that is common with buildings under construction.

"Fire protection systems should be a mandate," Butler said. "Sprinklers and permitting with regards to building construction."

According to the National Fire Protection Association, of the 20 largest structure fires in 2017, eight of those properties were under construction.

The Fairfax County building was being developed by Combined Properties, a commercial property based out of D.C. and California.

The South Alex development website said it was supposed to be retail and residences spaces, and was set to open in 2021.

Lori Windsor is the sales manager for the South Alex Townhomes and said one of her purchasers called 911.

Initial reports show that a worker at the construction site noticed a fire in the trash chute and called 911 before trying to extinguish the flames. His attempts were unsuccessful and he evacuated the building.

Credit: craftmarkhomes.com
According to the Towns at South Alex site, the town homes are on the same site plan as the South Alex development.

“We walked down there immediately, and the fire department got there pretty darn quickly," Windsor said. "The problem is, is that the blaze was so intense, so fast, because they are stick built, the apartments are, the whole facility at this point is stick built for the retail space, so it went rather quickly. In addition to that, there are gas lines and windows that were blowing out and debris and, you know, there are propane tanks around so it's quite intense.” 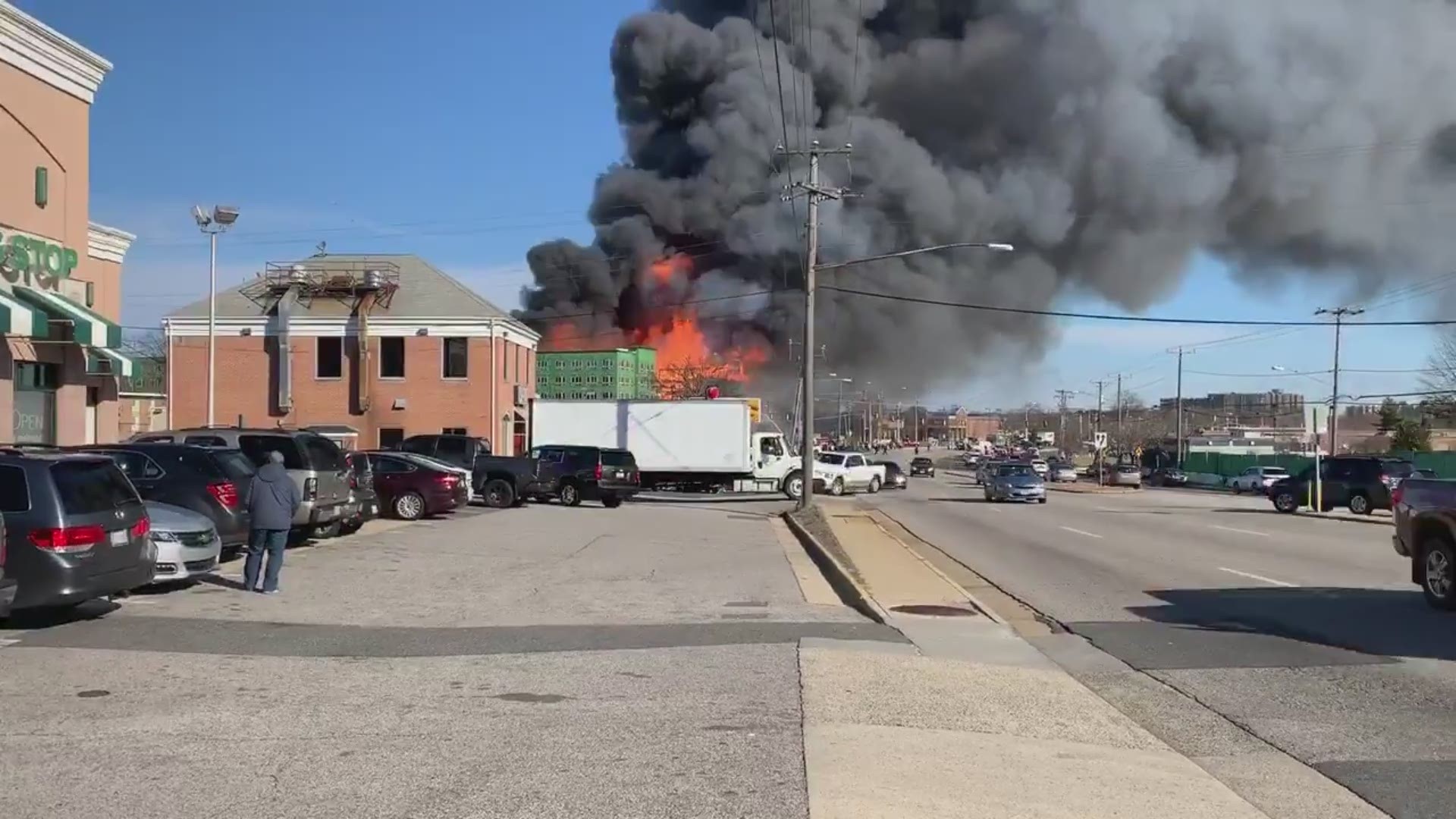 WUSA9 reporter Kolbie Satterfield talked to Andrea Rivas who described the scene as "smelling like fireworks."

One bystander described the scene as "pretty intense." 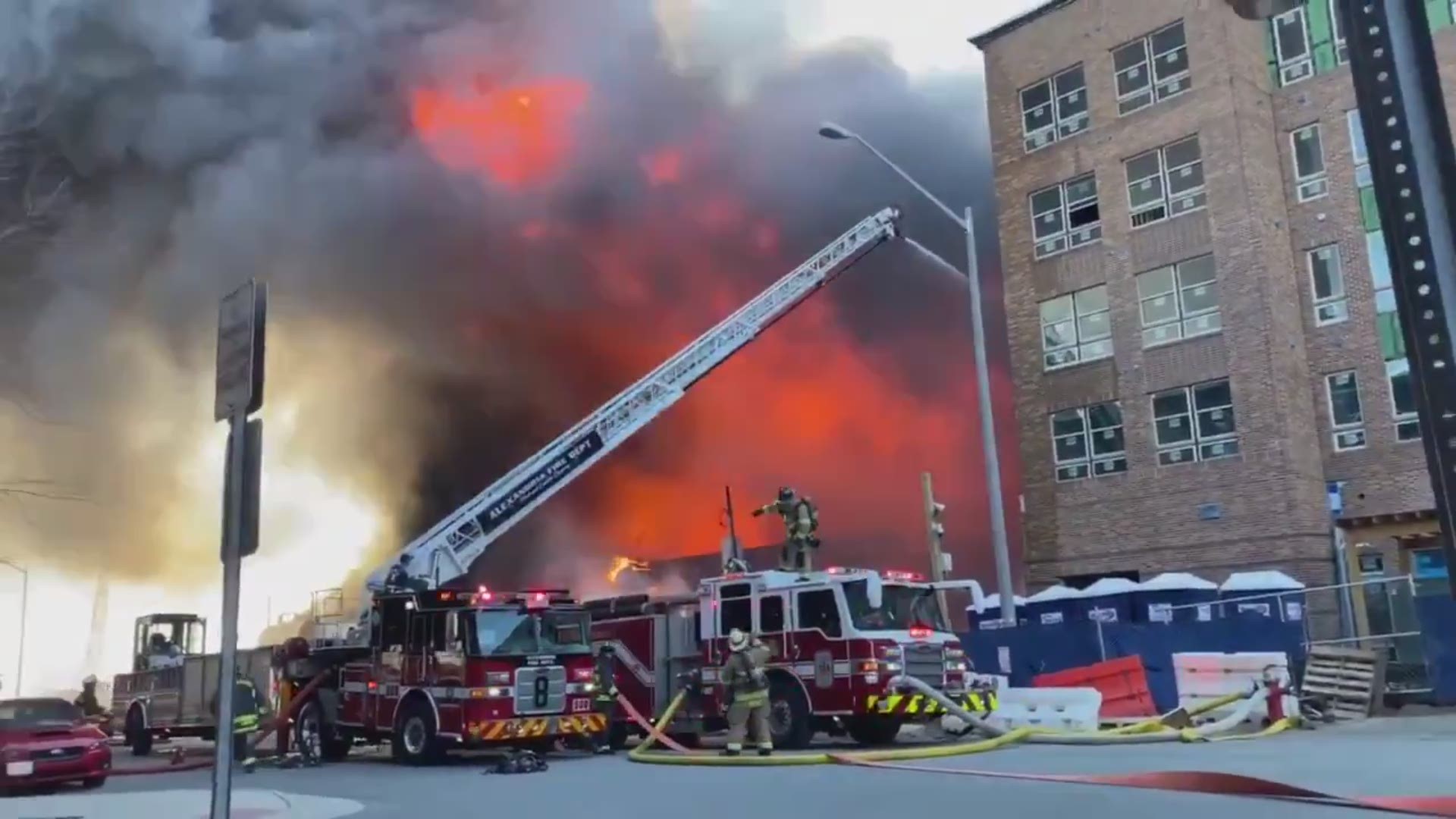 "The Operations Center de-energized lines in the immediate area temporarily to keep everyone safe while Fairfax County Fire and Rescue battles the blaze," Fox said.

In 2017, a similar incident occurred at a development called Fuse 47 that went up in flames causing nearly $40 million in damage.

The College Park apartment building was set to open to residents in July 2017.

University of Maryland Junior Nicholas Bentley had signed a lease to move into the apartment building earlier this year. He told WUSA9 he was informed by Fuse 47 that he would receive his application fee and deposit fund back.

Currently, building codes allow structures as high as five stories to be constructed using a wood frame, as long as they are protected by modern sprinkler systems. Fuse 47 included a three-story garage built with a concrete frame and five stories for residential living, which was built with a wood frame. The project was still under construction at the time of the fire, and the sprinkler system was not yet functioning.

The fire ultimately spread to five buildings and 14 town houses that were under construction. Fire officials said all of the properties are considered a total loss.

Officials haven't released an estimate of damage from the fire. Units remain on scene to continue extinguishing hot spots.

Viewers from across the DMV shared their footage of the smoke and fire, which could be seen even from the Capital Beltway.

The National Weather Service tweeted the fire picking up on several satellites and radars and WUSA9's own radar picked up the blaze too.