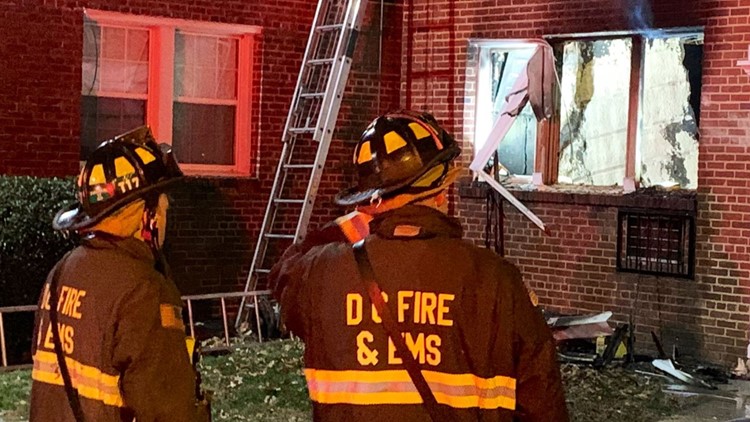 Photo by: DC Fire and EMS

DC Fire was called to the 300 block of 37th Place of Southeast, DC around 5:43 a.m to a two-story apartment building. Fire officials said the flames broke out on the first floor and that they were able to get the fire under control shortly after arriving.

Two children were taken to a local hospital for minor injuries and no-one died, fire officials said. Nine adults and 12 children are currently being assisted by the Red Cross.

Unfortunately, two dogs perished in the flames. According to DC Fire, one woman was able to escape the burning apartment by breaking out of a window.

Officials are still trying to figure out what caused the fire to break out and said an investigation is still open.

On Jan. 18, a fire on Inlet Street killed Anita Ellis, a beloved bus driver with the Prince George’s public school system. Three of the closest firehouses were without staff, leading a fourth and farther firehouse to respond.

In a statement from the Prince George's County Fire Fighters, IAFF 1619,  they said the first arriving units were delayed.

"The closes three firehouses were out of service due to no staffing and unavailable service at the time of this house fire," a statement from Vice President Grant Walker said.