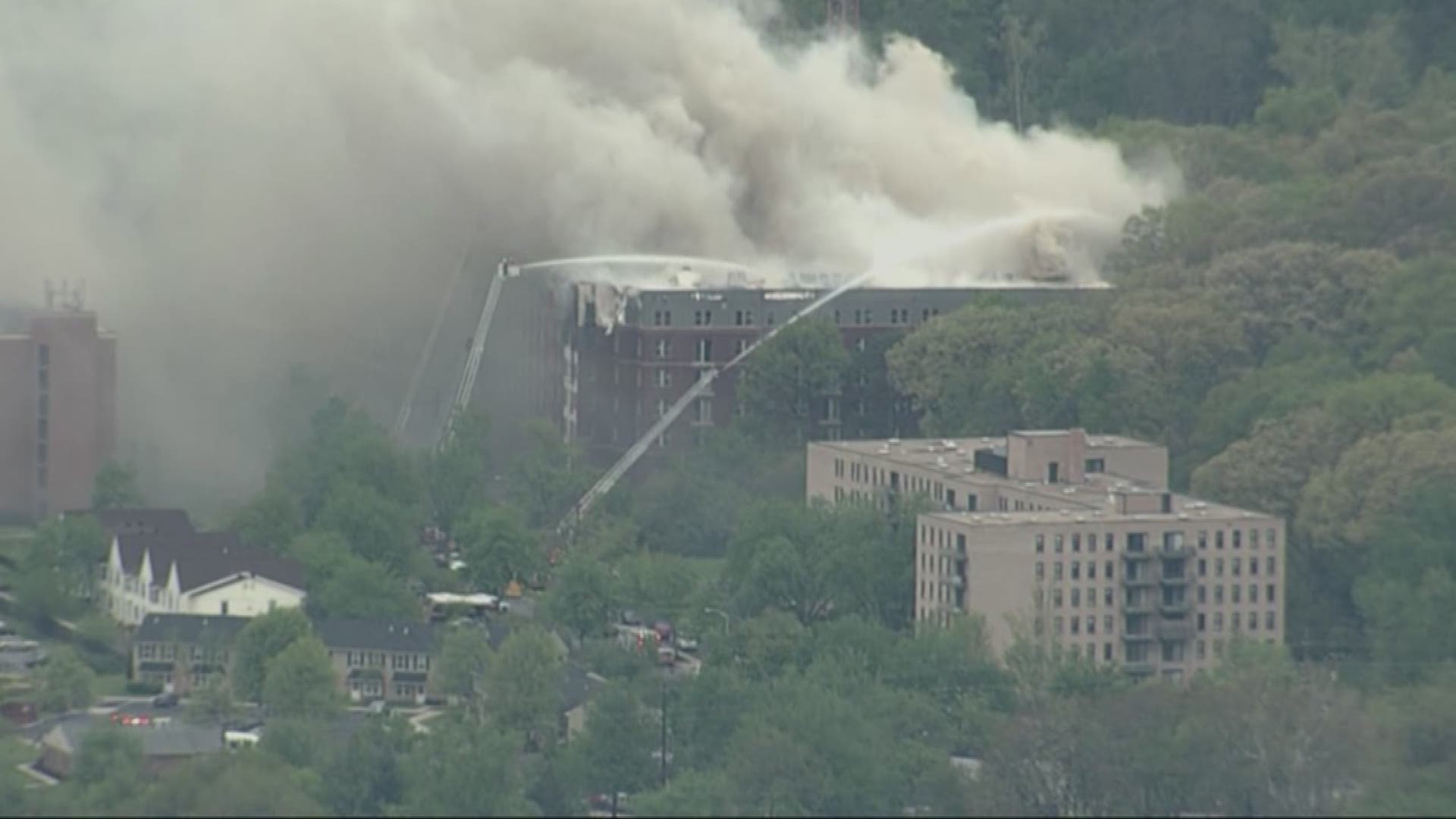 The fire broke out at the Fuse 47 apartment building off Berwyn House Road. It was under construction and slated to open to residents in July.

Firefighters worked for more than 12 hours to put out hot spots. Prince George's County Fire and EMS spokesman Mark Brady said the cause of the fire is still under investigation.

Development plans called for Fuse 47 to have more than 270 housing units. WUSA9 contacted the building's owner, Wood Partners, for comment. The Atlanta-based company did not reply. It remains unclear what will happen to people who signed lease agreements to live in Fuse 47.

The University of Maryland sent WUSA9 the following statement regarding the impact the fire could have on students who had already agreed to lease units in Fuse 47:

"UMD's Off-Campus Housing Services office is ready to serve as a resource for anyone whose plans have been affected by today's fire."

While some students' housing situations remain up in the air this summer, some senior citizens who live across the street from Fuse 47 were relieved to learn their homes were not affected by the fire.

Residents of the Spellman House Apartment building had to evacuate when the fire at Fuse 47 grew Monday morning. Nancy Woodall said she was worried the flames would spread to her building. However, firefighters were able to control the blaze at Fuse 47 before any damage was done to the Spellman House.

"I'm so happy, we didn't lose our building or anything," she said.