The shooting happened at the Diva Lounge early Friday morning. 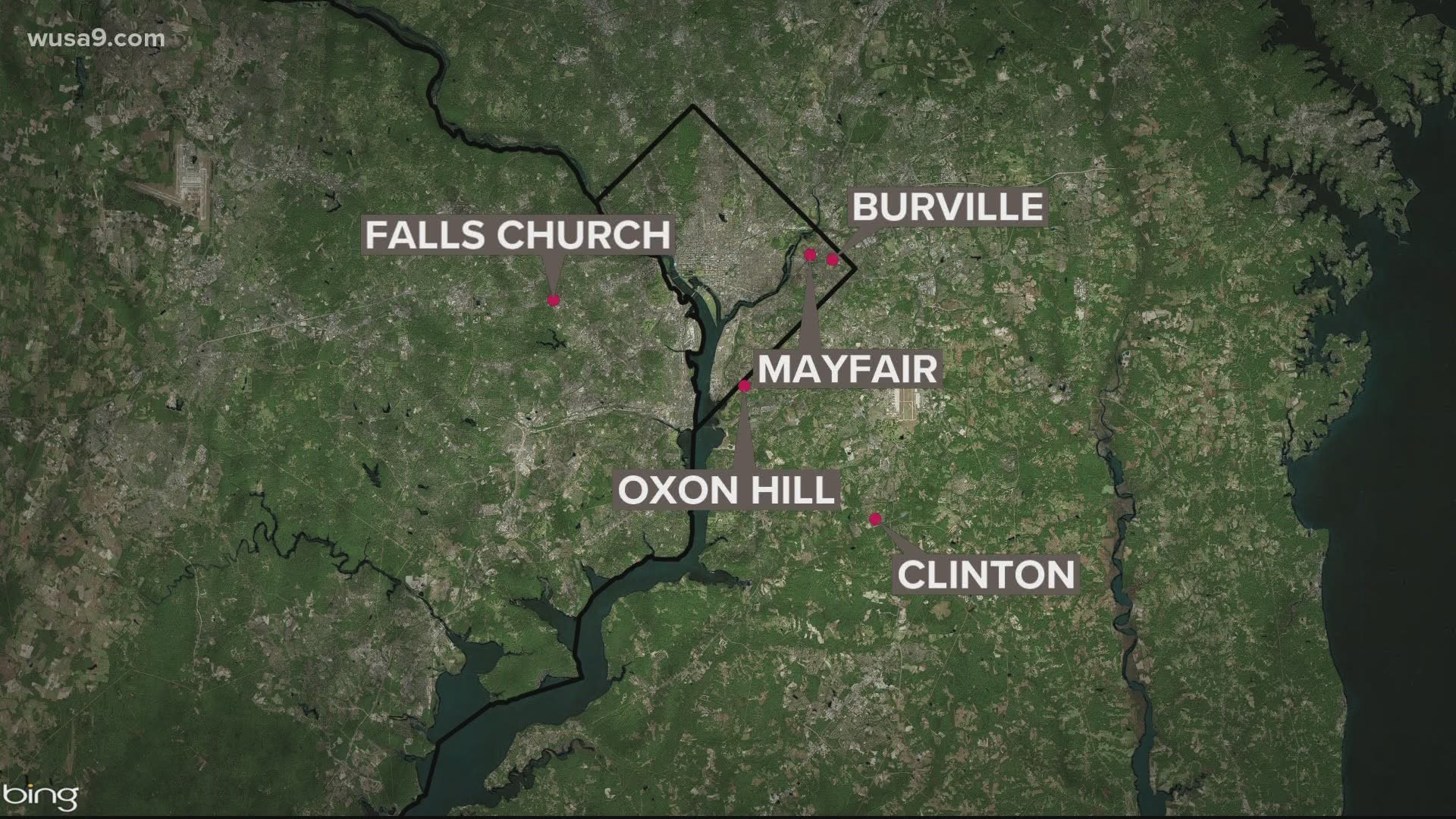 FALLS CHURCH, Va. — Police in Falls Church are investigating a homicide at Diva Lounge on Wilson Blvd. in the early morning hours of Friday morning.

At approximately 12:05 a.m. police responded to a 911 call about a shooting at the Diva Lounge, located at 6753 Wilson Blvd. Police and medic units responded to the scene, where they discovered a male victim deceased from a gunshot wound, police said.

Witnesses told police a suspect shot the victim and took off on foot.  The suspect was described as a man in his 30s, Hispanic, with dark hair, according to police. He was wearing a blue polo shirt at the time of the shooting. Police say there is no video footage of the incident available.

While this incident remains an active criminal investigation, police believe there is no continuing threat to the community.

This is the first reported homicide in Falls Church since 2012, police said.

If you witnessed or have any information regarding this incident, please call Detective Darian Chuquillangui at (703) 248-5165.

RELATED: One person dead after double shooting in Northeast DC

RELATED: After 9 nights of gunfire, Shaw residents want police to do more to prevent shootings