Woman killed outside her home, man killed at party in overnight shootings in Prince George's County

Prince George's County Police have not yet released the identity of the woman nor any information regarding the suspect at this time. 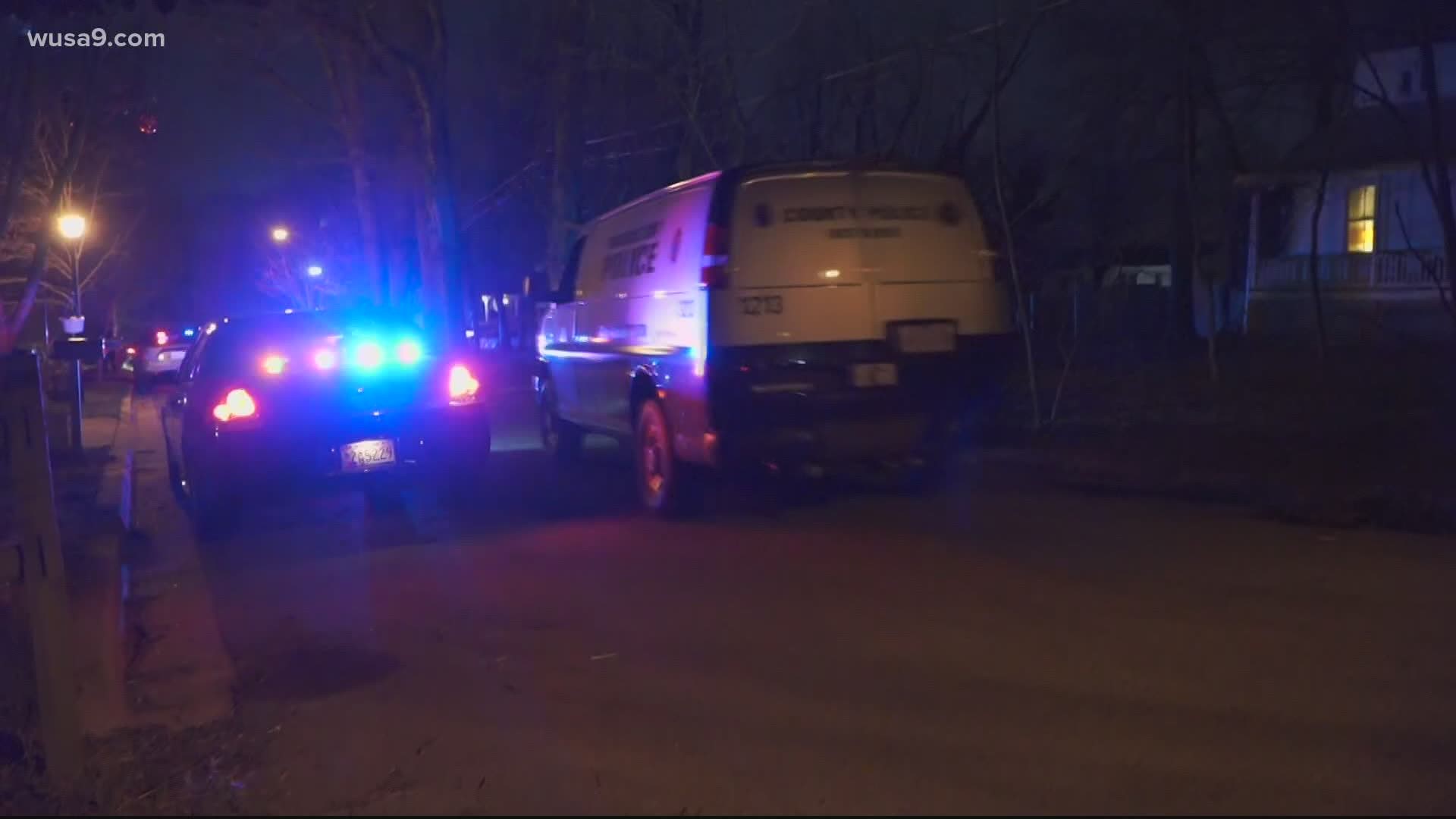 According to Prince George's County Police, officials received a call just before 7:30 p.m. for a report of a shooting in the 2300 block of Whitehall Street in Suitland.

Upon arrival, police said they found an adult woman suffering from an apparent gunshot wound. Police said the woman was pronounced dead at the scene. There is no word yet on whether the house belonged to the woman who was shot.

Police have identified the victim as 30-year-old Marceese Norman of District Heights, Maryland.

Another person was also shot around 9:50 p.m. on the 4400 block of Arnold Road near the area of the homicide on Whitehall Street police said.

At the scene, officers found a man suffering from gunshot wounds. He was taken to the hospital in critical condition.

There is no suspect information at this time. It is unknown if the shooting on Whitehall Street and the man shot on Arnold Road are connected.

We are on the scene of a homicide investigation in the 2300 block of Whitehall St. in Suitland. pic.twitter.com/dw3DxOf5se

In a separate incident around 9 p.m., a man was shot and killed during a dispute at a birthday party in Glenarden, according to Prince George's County Police Chief O'Donnell.

The shooting happened in the 7900 block of Glenarden Parkway, police said. When officers arrived at the scene, they found a 31-year-old man with gunshot wounds.

Police said the man, later identified as 31-year-old Anthony Lamont Frost of Washington, D.C., was pronounced dead at the scene.

There are several possible suspects but no arrests have been made, Chief O'Donnell told WUSA9.