The pair were transported to Children's National but succumbed to their injuries Sunday. A GoFundMe to cover medical expenses has been set up for the family. 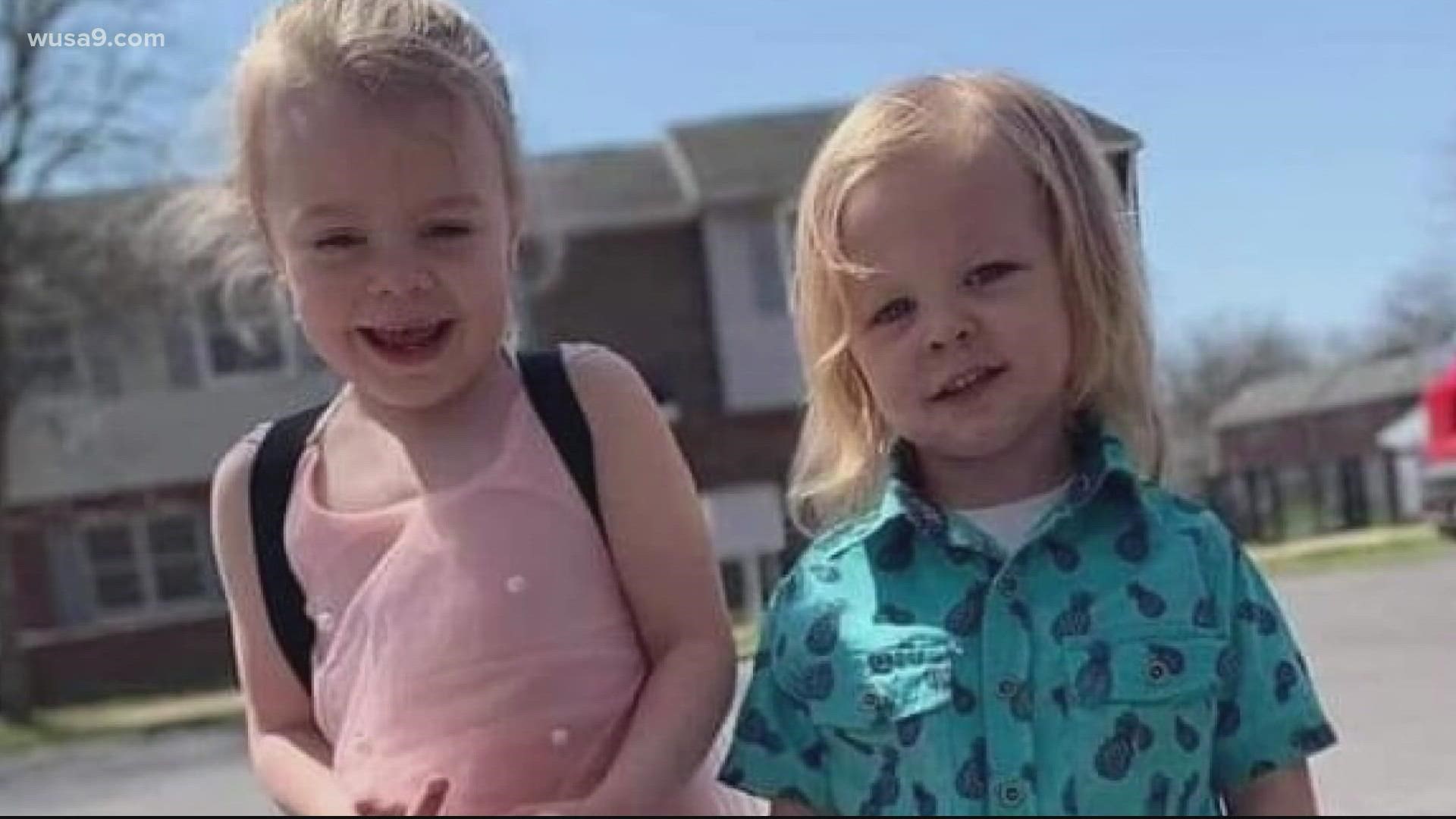 HAGERSTOWN, Md. — The two toddlers who were found in cardiac arrest Thursday after a Hagerstown house fire have now been pronounced dead after life-saving efforts at the hospital.

Carter, 2, and London, 4, were initially rescued from the house alongside their parents, who have survived and been released from the hospital.

Around 7 p.m. on Oct. 7, the Hagerstown Fire Department responded to 1036-G Noland Drive for reports of a fire with children trapped. Officials arrived on the scene to find smoke billowing from the townhome and shortly discovered the two children were stuck.

Officials then performed CPR and other advanced life support skills on the toddlers and continued the efforts while the two were transported to the hospital.

"Despite fast response and the Hagerstown Fire Department’s intimate knowledge of the building layout, the fire—which according to the ongoing investigation—started in a second-floor rear bedroom, claimed the lives of two children," the department said in a Wednesday press release.

"The dad was trying to go in and out of the house, I guess trying to get the kids," neighbor Amanda Metcalf said. "He'd make it up halfway probably up the steps and he'd come back out coughing his lungs out."

A GoFundMe has been set up for the family.

"The grandchildren are amazing, they're just little gifts from God," grandmother Tammy Fredette told WUSA9 last week. "I don't think you can say how much you love your grandchildren or your children."

The pair were being treated at Children’s National Medical Center and remained in critical condition in the days following the fire, according to the family.

The ATF is now helping investigate the fire. An ATF spokesperson said agents responded to assist fire officials. There are now questions if there’s more to the investigation. Neighbors said law enforcement showed up to home 12 hours before the fire and the next day. @wusa9 https://t.co/Yz7pneLL2H pic.twitter.com/bNpcFXkeoF

The Hagerstown Fire Department Fire Marshal’s office is working in close conjunction with resources from the Bureau of Alcohol, Tobacco, and Firearms (ATF) to investigate the cause and origin of this serious fire. The fire remains under investigation.

There are questions reagrding if there is more to the investigation since neighbors claimed law enforcement showed up at the same home early in the morning, hours before the fire.

Witnesses said officers were trying to interview neighbors the night after the fire. One neighbor snapped a picture of ATF agents returning the next day.

"Citizens are reminded to check your homes for working smoke detectors and notify 9-1-1 as soon as a fire is discovered," the department shared in a statement.