A Metrobus shuttle crashed after hitting a retaining wall, at the intersection of First Street and Riggs Road Northeast, according to D.C. Police. 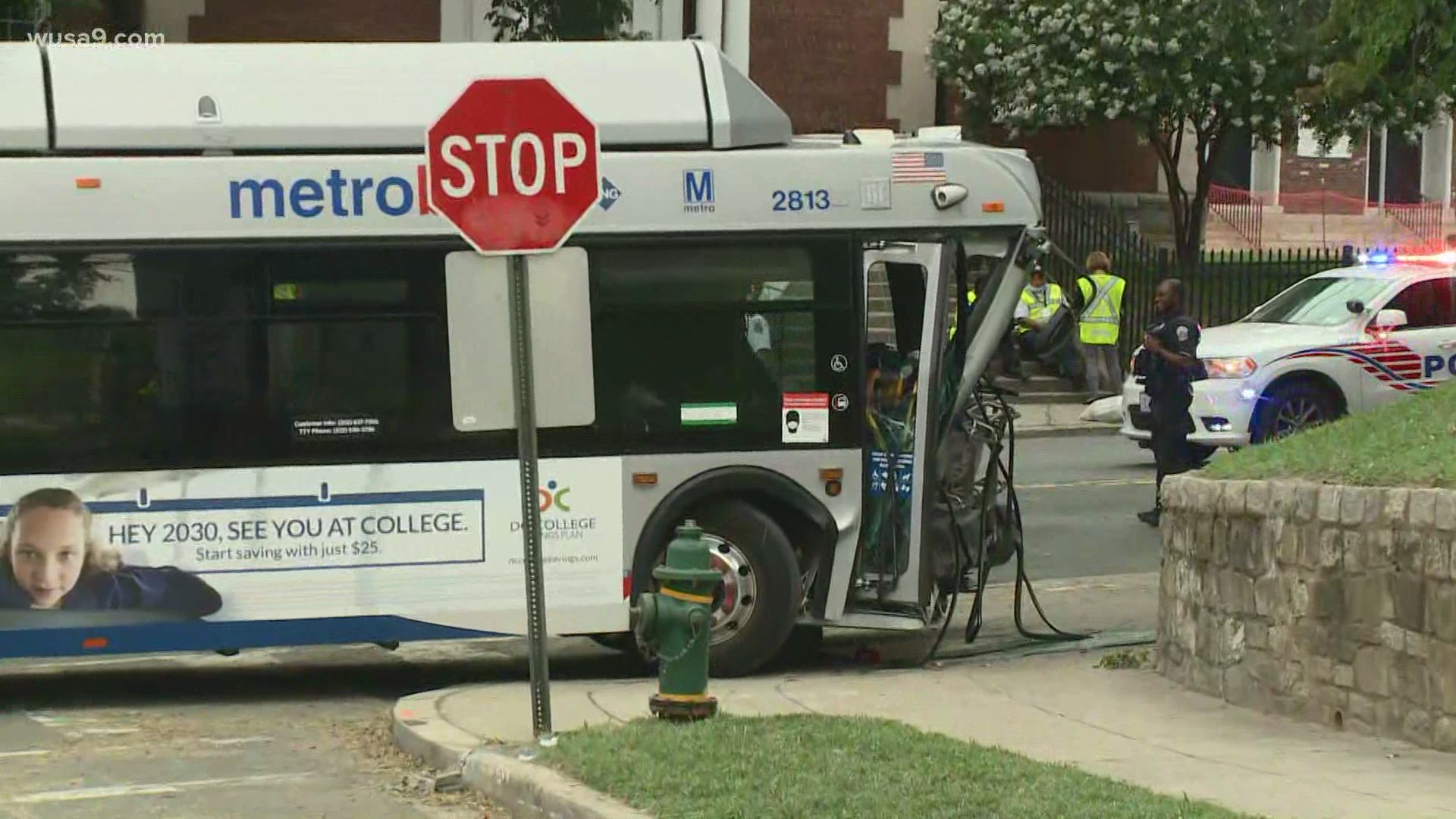 WASHINGTON — Fourteen people were injured in a crash involving a Green Line Metrobus shuttle in Northeast D.C., according to D.C. Fire and EMS. Three of the people injured remain in critical condition, including the bus driver, WMATA said.

The Metrobus shuttle crashed around 3:30 p.m. Wednesday, after hitting a retaining wall at the intersection of First Street and Riggs Road Northeast, according to D.C. Fire and EMS. The bus was heading from Fort Totten to Prince George's Plaza when it hit the wall, according to WMATA. The speed the bus was traveling at the time of the crash is still unknown.

Of the 14 injured people, three are considered critical and the rest suffered minor injuries, including one pedestrian who jumped out of the way, WMATA said.

According to the bus driver, the crash happened after the bus missed the entrance to Ft. Totten station, then accelerated and the breaks failed. WMATA's initial investigation, including field tests, found that the breaks were functional. The Federal Motor Carrier Safety Administration (FMCSA) released the bus for investigation, WMATA said, but noted that the drivecam was damaged and may not be recoverable.

WMATA said there were no issues noted on the maintenance records for the bus, nor any safety incidents recorded in the past year for the driver, whose medical evaluation and fatigue analysis is pending.

The investigation is ongoing, WMATA said.

RELATED: 1 person dead after being ejected from vehicle in Montgomery County crash