Police are still searching for suspects in both shootings. 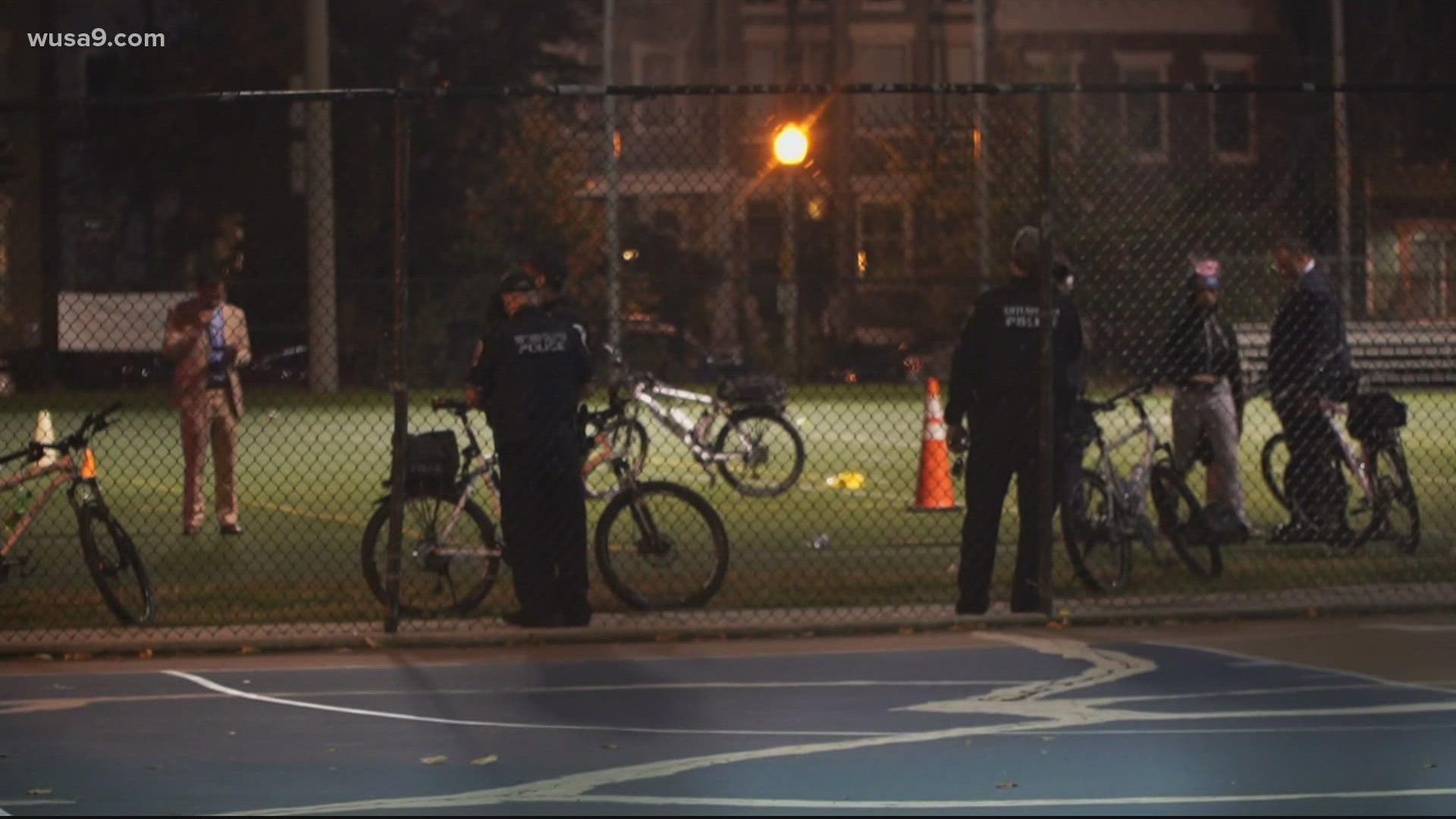 WASHINGTON — A man is dead after being shot on the football field of the Watkins Recreational Center in Southeast D.C. Wednesday evening. It was the second homicide investigation for Metropolitan Police Department detectives in the span of just a few hours.

Police were called to the 400 block of 13th Street Southeast around 9:47 p.m. for a report of a shooting. Responding officers found a man who was not conscious and breathing.

Homicide detectives were called to the scene to investigate.

An MPD watch commander said the shooting happened during a pickup football game between adults, and no children or young people were involved, but investigators are still working to determine exactly what happened that led to the deadly encounter.

Police are currently on the lookout for a white Infiniti G35 sedan that may be connected to the shooting.

Additional details have not been released about this incident. The victim has not yet been identified and no arrests have been made.

Just about an hour and a half earlier and four miles away, officers were called to the 100 block of O Street Northwest at around 8:15 p.m. for a reported shooting. Officers arrived to find a man who was not conscious or breathing. Homicide detectives were also called to this scene to investigate, but have not released any lookout information for a suspect in this shooting.

The victim has not yet been identified by police.

Anyone with information about either of these cases is asked to call Metropolitan Police Department investigators at (202) 727-9099 or text the department's tip line at 50411.