Otakon: The celebration of Asian pop culture returned to DC over the weekend 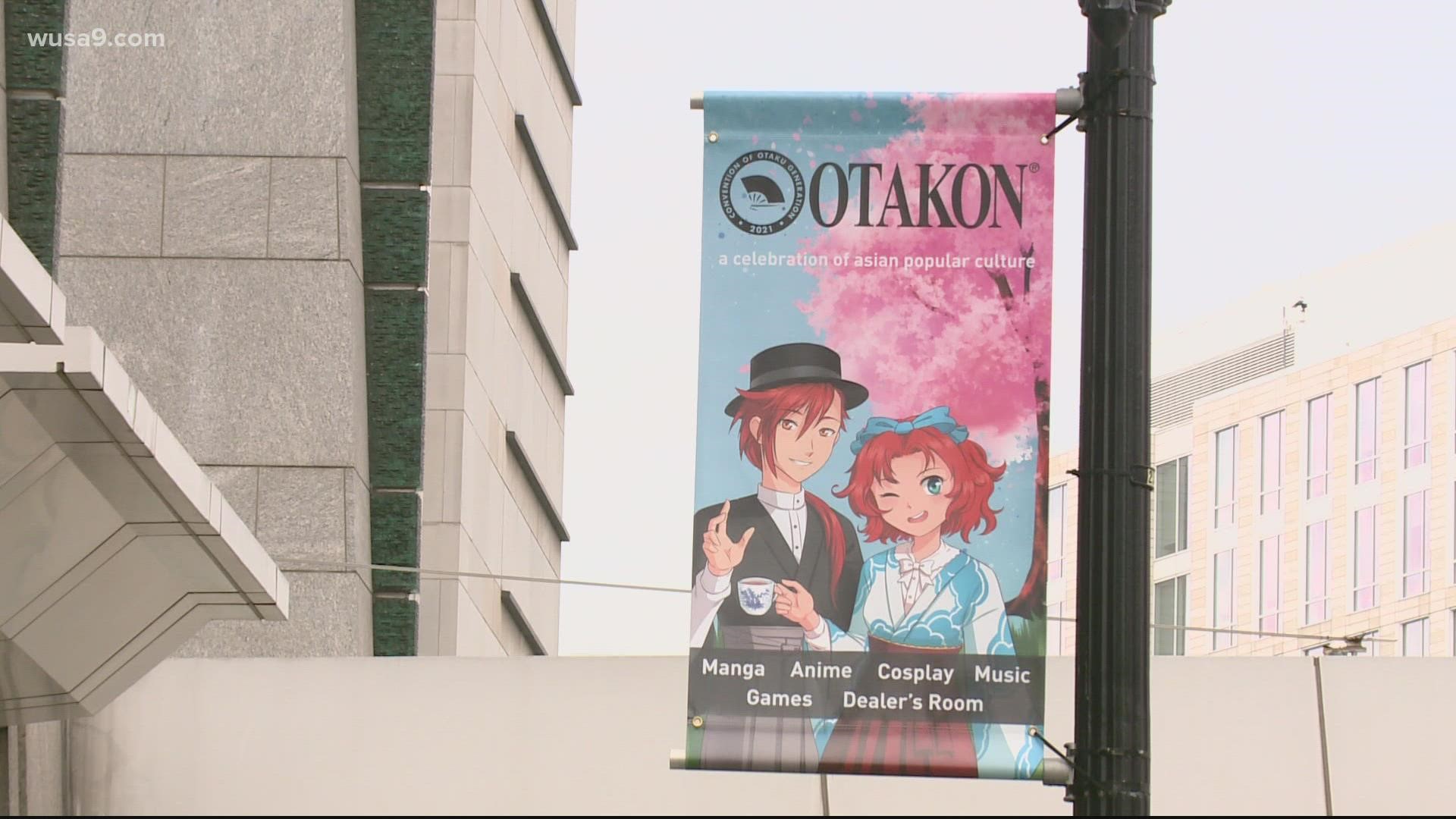 WASHINGTON — Lovers of Asian pop culture rejoice: Otakon was in full swing this weekend in D.C.

The convention to celebrate everything from anime and music to movies and video games started on Friday, Aug. 6 and lasted through Sunday, Aug. 8. It was streamed live via Twitch as well.

The event took place in person at the Walter E. Washington Convention Center.

The three-day event was started in 1994 and is held annually in the summer. It’s put on exclusively through volunteer efforts under the non-profit organization Otakorp, Inc.

Masks are required during the convention in all areas and organizers specify on the website that vaccinations are also strongly encouraged for all attendees.

“We highly recommend that all eligible people are vaccinated if attending Otakon, but we will not be requiring proof of vaccination for entry,” the website reads. However, masks will be required for all over the age of 2. The only anticipated exceptions are presenters during panels or workshops while socially distanced while eating or drinking in designated areas and for the convenience of having lips read by a person who is deaf or hard of hearing.

The event is one of the first to take place since D.C. Mayor Muriel Bowser reopened the center this week. It's the first time the convention center opened its doors since it was closed due to the coronavirus pandemic.

During the ceremony, Bowser announced that Ben's Chili Bowl will be the newest addition. The new Ben's is located inside the District Eats area at the convention center. Co-founder Virginia Ali and the whole Ben's team were on hand for the big announcement.

On top of that, the locally owned vendor, Shop Made In D.C., is also getting a store in the convention center.

The reopening comes just in time to welcome two major conventions back to D.C. in August, one of which is Otakon, while the other is Awesome Con; Washington D.C.'s version of Comic-Con. It will take over the convention center from August 20 to 22.

Guests for that convention in 2021 include Michael J. Fox and Christopher Lloyd celebrating the second 35th anniversary of Back to the Future (because 2020 didn't count), Carl Weathers and Giancarlo Esposito from The Mandalorian, and Lord of the Rings fans will get a chance to meet Pippin (Billy Boyd) for a special celebration of every Hobbit's favorite meal, Second Breakfast.

Here's where you can find more details and get tickets.