The FAA says flights at DCA will be disrupted twice on the Fourth of July for a planned military flyover and expanded fireworks display. 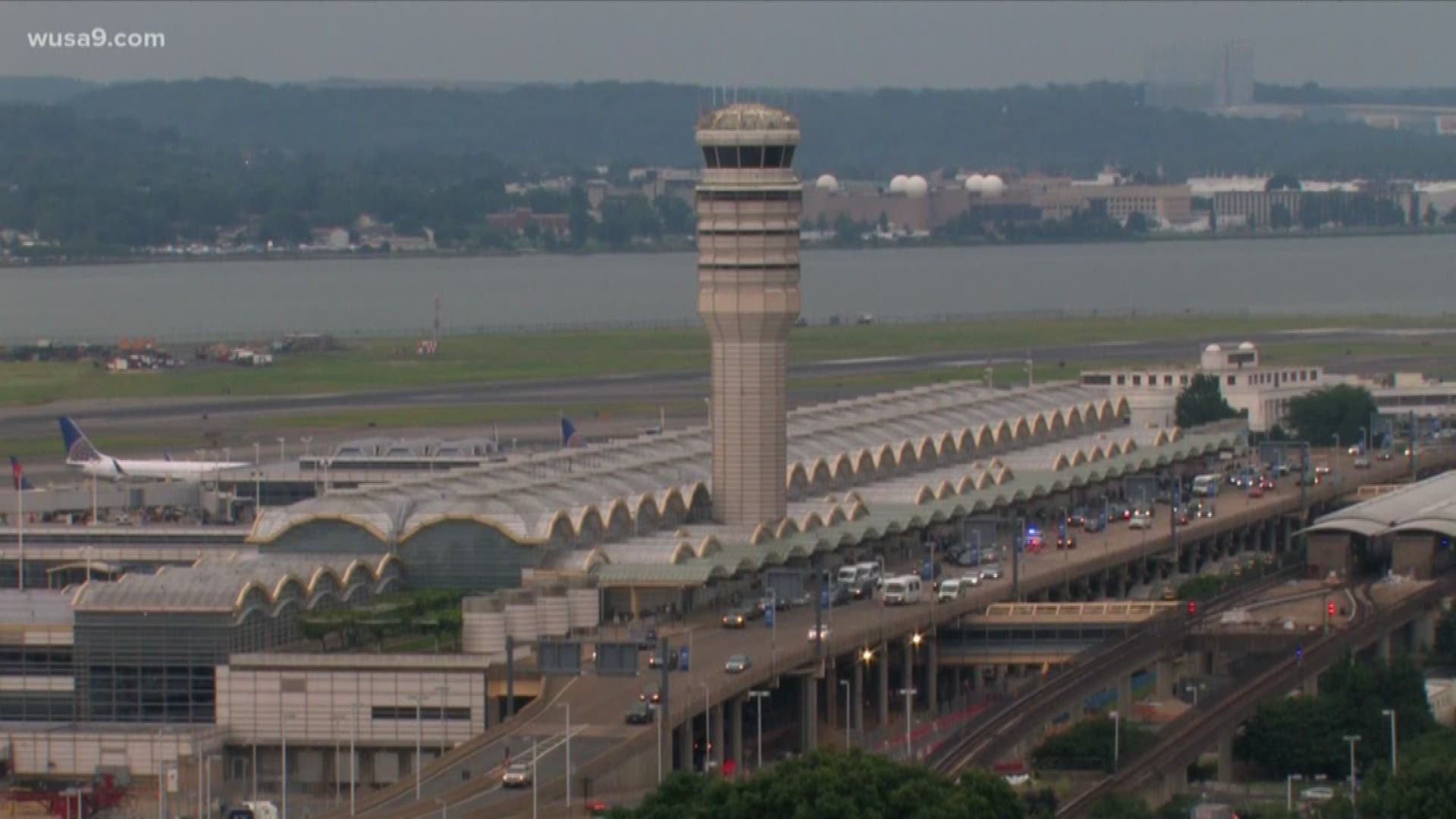 Flights will be stopped at DCA from 6:15 p.m. to 7:45 p.m. during the flyovers for President Trump’s planned “Salute to America” event. Flyovers include the Navy’s Blue Angels and one of the jets used as Air Force One.

The FAA said flights at DCA will again be stopped from 9 – 9:45 p.m. for the fireworks demonstration, which will be larger this year and include a second launch site at West Potomac Park. The Fourth of July fireworks display has not impacted flights at DCA in the past.

The FAA released a further statement to WUSA9 Tuesday evening, writing, “We have suspended DCA operations in the past for a similar amount of time for other events such as the Arsenal of Democracy flyover in May 2015. We have never suspended air travel in and out of Reagan National in the past for the 4th of July holiday.”

WUSA9 reached out to multiple airlines to see how the suspensions will affect scheduled flights. American and Southwest airlines both responded saying they already run reduced schedules on the Fourth of July. They said around 25 arrivals and departures will be affected between the two of them.

The suspended flights are just the latest changes to D.C.’s Fourth of July related to President Trump’s desire to get personally involved in this year’s planning.

The National Mall – normally open to the public – will now have a large area of reserved seating at the Lincoln Memorial and Reflecting Pool for VIPs. Tickets for that area are being issued by the White House directly.

In addition, at least two M1A1 Abrams tanks have been moved to the southeastern edge of the District. Trump has long wanted a military celebration involving tanks, but the logistics of getting them into the city have been difficult. It’s still not entirely clear how they will get to the Fourth of July celebration at the National Mall, as there are concerns that bridges into D.C. can’t support the tanks’ weight – and also that they could damage underground rooms at the Lincoln Memorial.