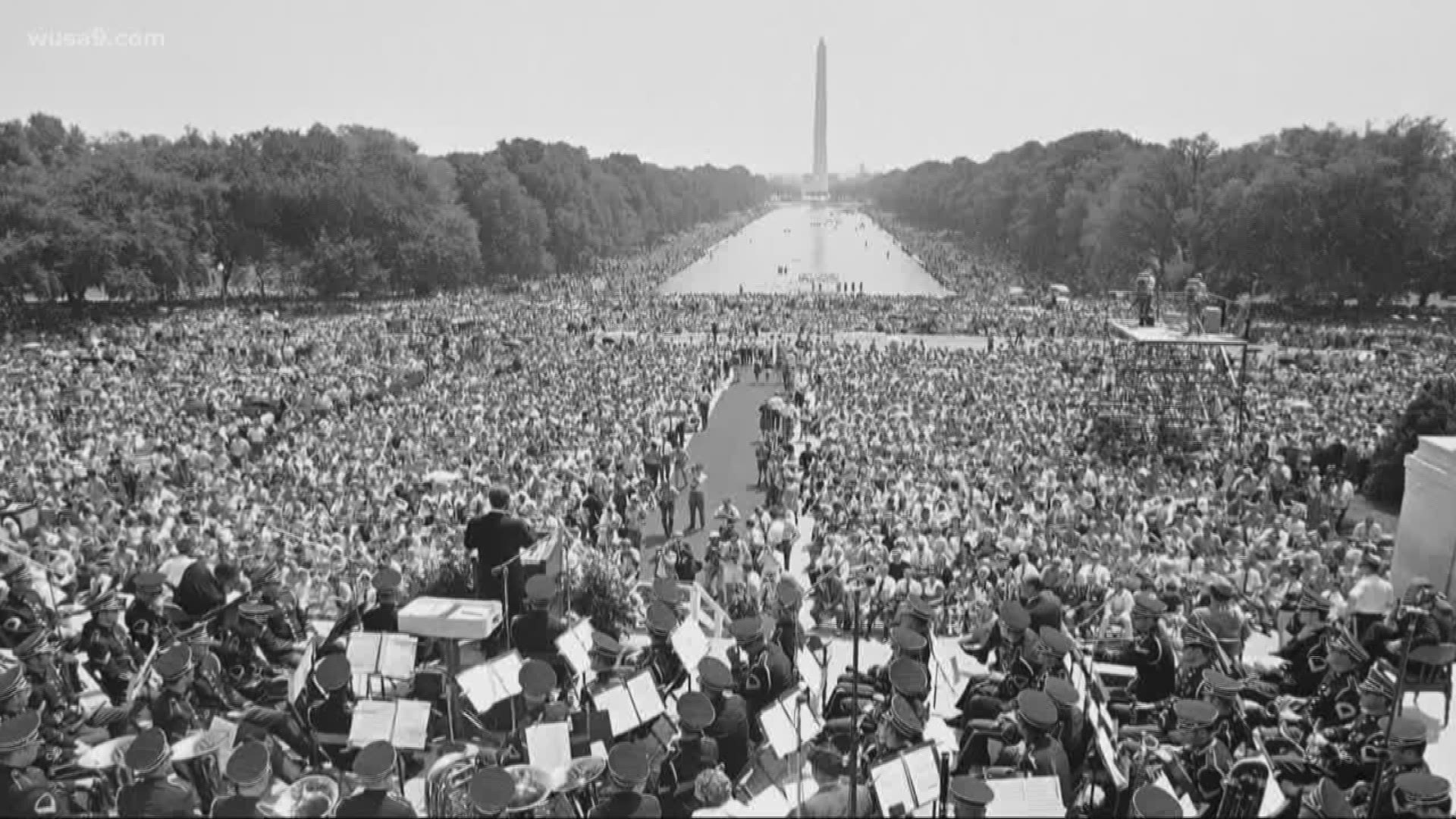 WASHINGTON — The 2019 Independence Day celebration in Washington is going to be the biggest yet, according to President Donald Trump.

However, protesters are also gearing up, including the group CODEPINK. They’re known for deploying the baby Trump blimp.

The last time politics was injected into this traditionally non-partisan celebration, it didn’t end well.

With the Vietnam War expanding overseas and racial tension escalating at home, this was supposed to be a day to put differences aside and unite as Americans.

They told the Washington Post, this event would be ‘free’ of politics.

Nixon would only record a video for the crowd, they tried to include black performers and told everyone participating not to mention the war.

However, it became a free-for-all.

Protesters held a smoke-in, demanding the legalization of marijuana. The Nazi’s responded.

Credit: Getty Images
An unidentified young man smokes what appears to be a marijuana cigarette for the benefit of a pair of middle-aged women, along with several other onlookers, during the 'Honor America Day Smoke-In' thrown by marijuana activists to protest the official 'Honor America Day' ceremonies being held at the Lincoln Memorial, Washington, DC, July 4, 1970. (Photo by David Fenton/Getty Images)

People stripped naked and jumped in the reflecting pool, a truck was pushed in, all while shouting anti-war chants as the celebration continued in front of the Lincoln Memorial.

More than a dozen protesters were arrested and as many officers injured.

Credit: Getty Images
A young American protestor wades shirtless in the Reflecting Pool on the Mall facing away from the Washington Monument during the 'Honor America Day Smoke-In' thrown by marijuana activists to protest the official 'Honor America Day' ceremonies being held at the Lincoln Memorial, Washington, DC, July 4, 1970. (Photo by David Fenton/Getty Images)