DC vs Baltimore: Two cities with distinct cultural differences, but they are only 40-miles apart

WUSA9 spoke with Dre Johnson, a Baltimore radio host at 92Q, and a comedian from the D.C.-area who is known as Ayye Pap. The two men gave their perspectives. 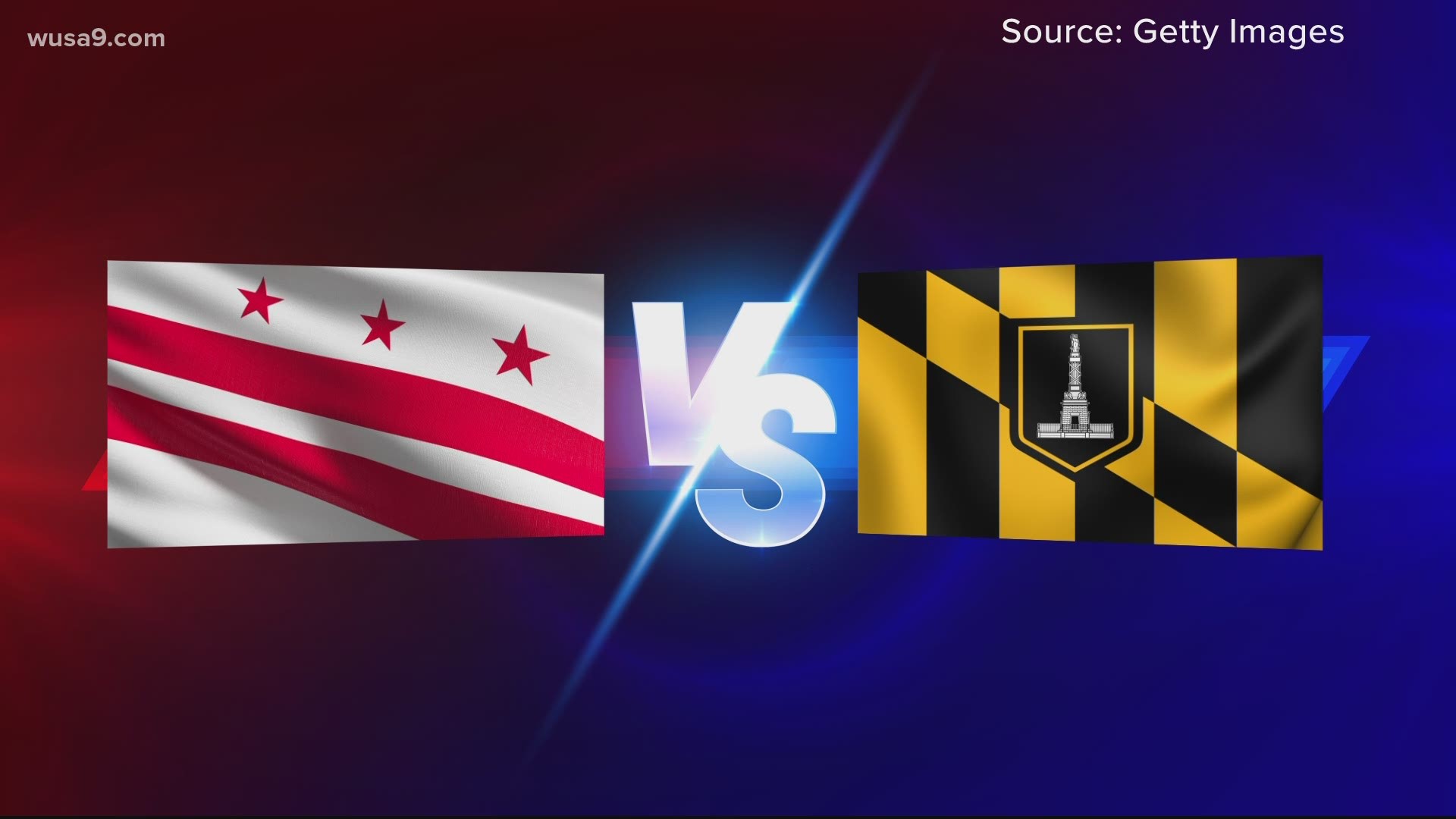 WASHINGTON — Washington, D.C. and Baltimore are two cities roughly 40-miles apart from one another, but residents would argue their cultures are completely opposite.

WUSA9 spoke with Dre Johnson, a Baltimore radio host at 92Q, and a comedian from the D.C.-area who is known as Ayye Pap.

The two men gave their perspectives on the differences between the DMV and Baltimore in the areas of people, food, music, and style.

“Our lingo and everything is totally different,” Johnson said.

Johnson explained how people from his city pronounce words in a unique way, such as, Baltimore, dog, and the word ‘to.’

He added there are also differences between Baltimore and DMV slang words.

“We say dummy. You know dummy is a word of endearment. Most people, if you be like ‘move dummy’ – other places they’d be like ‘did you call me dumb?’ In Baltimore, it is like (saying) what’s up bruh,” Johnson said.

“We got moe, slim, kill, joanin,” Ayye Pap, who grew up in Capitol Heights, described some DMV slang terms.

Moe, Joe, or Slim are words used by people in the D.C.-area people use instead of calling one another by their ‘real’ or government names.

The word ‘kill’ is a term used in D.C. when you want to tell someone to stop playing around or to stop joking.

“Joanin, of course, is talking about somebody – how they look, how they dress,” Ayye Pap told WUSA9.

Ayye Pap said the D.C.-area is most known for mumbo sauce, a sweet, tangy, and sometimes spicy condiment.

D.C. is also the birthplace of the half-smoke sausage, which is described as a half beef and half pork smoked sausage.

He described a chicken box as four or five fried chicken wings with traditional fries or potato wedges.

DC or Baltimore: Which city has better food?

“A half and half is something else that came out of Baltimore,” Johnson said.

A half and half, also known as an Arnold Palmer in some areas, is a mix of lemonade and iced tea.

However, Ayye Pap disagreed that the popular carry-out drink originated in Charm City.

“Slim, we’ve been doing half and half for a while – since I can remember,” he argued.

The conversation about food quickly transitioned into disagreements about fashion.

While style has evolved over time in the D.C.-area and Baltimore, each has been known for distinctive clothing, hair styles, and footwear.

Johnson and Ayye Pap shouted out several local designers for their contributions.

Go-Go music was once considered an underground music style based solely in DC, Maryland, and Virginia. 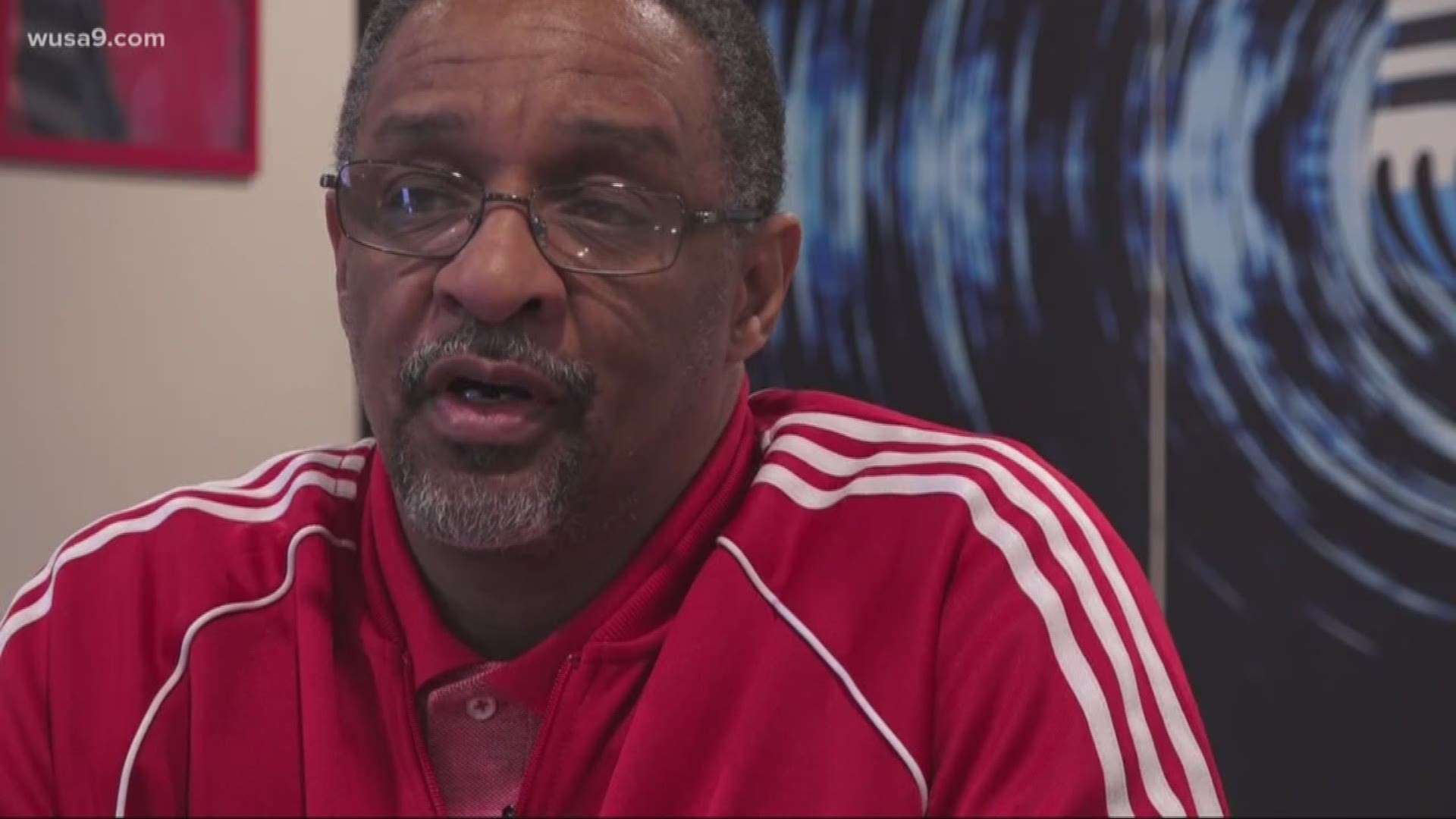 It has since gained national popularity through features from DMV artists, such as, Wale and an appearance on the BET Awards during the #DontMuteDC movement.

The tunes use instruments, such as drums, congas, timbales, rolling toms, shakers, and more.

Baltimore Club Music is a blend of hip hop and house music.

Johnson said the music usually features pride about the city’s neighborhoods in the lyrics and is accompanied by high-energy dances.

While each of the regions on both ends of the Baltimore-Washington Parkway have distinct cultural differences, both men who spoke with WUSA9 said they have respect for both areas.