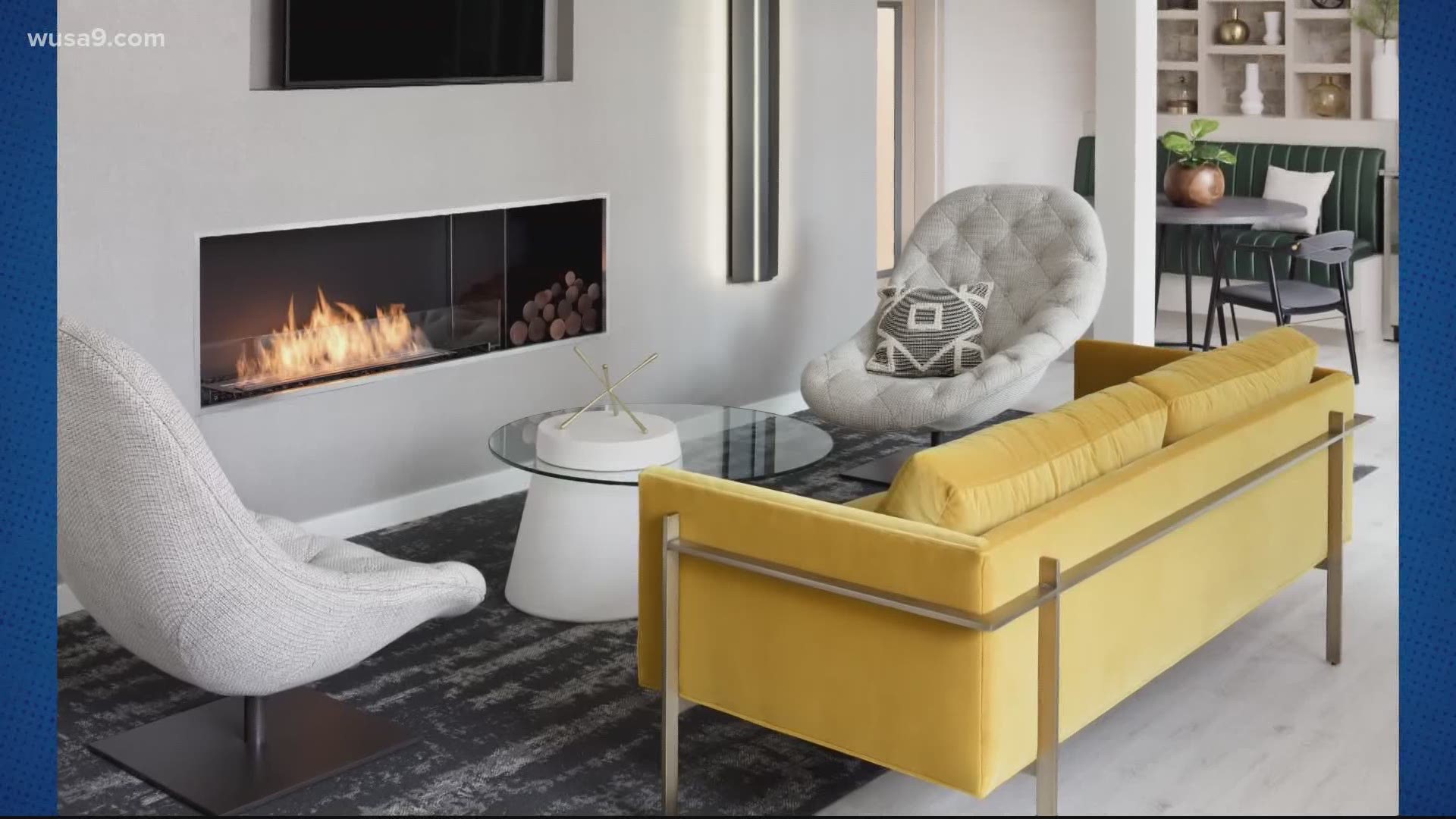 WASHINGTON — Design equity is the idea that all people, no matter their age, race or socioeconomic status, deserve equal access to well-designed spaces.

“Design equity is advocating for those people in those communities who often get overlooked, Kia Weatherspoon, President and Founder of Determined by Design, said. “When you hear phrases like, ‘it's too nice for this demographic, these people don't need this level of design aesthetic and beauty in their homes,’ it really shines a light on affordable and low-income housing.”

Weatherspoon opened her interior design firm with a focus on design equity after a personal experience while serving in the military.

“Back in 2001, I joined the military to get money for school,” Weatherspoon recalled. “I was immediately deployed right after September 11, and I was in the Middle East.”

Weatherspoon said it was her first time out of the country and remembered wanting to cry and needing privacy.

“So, I took some sheets and I hung them up on the top of my tent and I made three sheet walls. That was the first space that I ever created, and I bawled like a baby for 15 minutes,” she said.

Weatherspoon explained the space was healing, comforting, and brought her solace.

She was deployed four more times over the course of the war and created those spaces for herself each time. 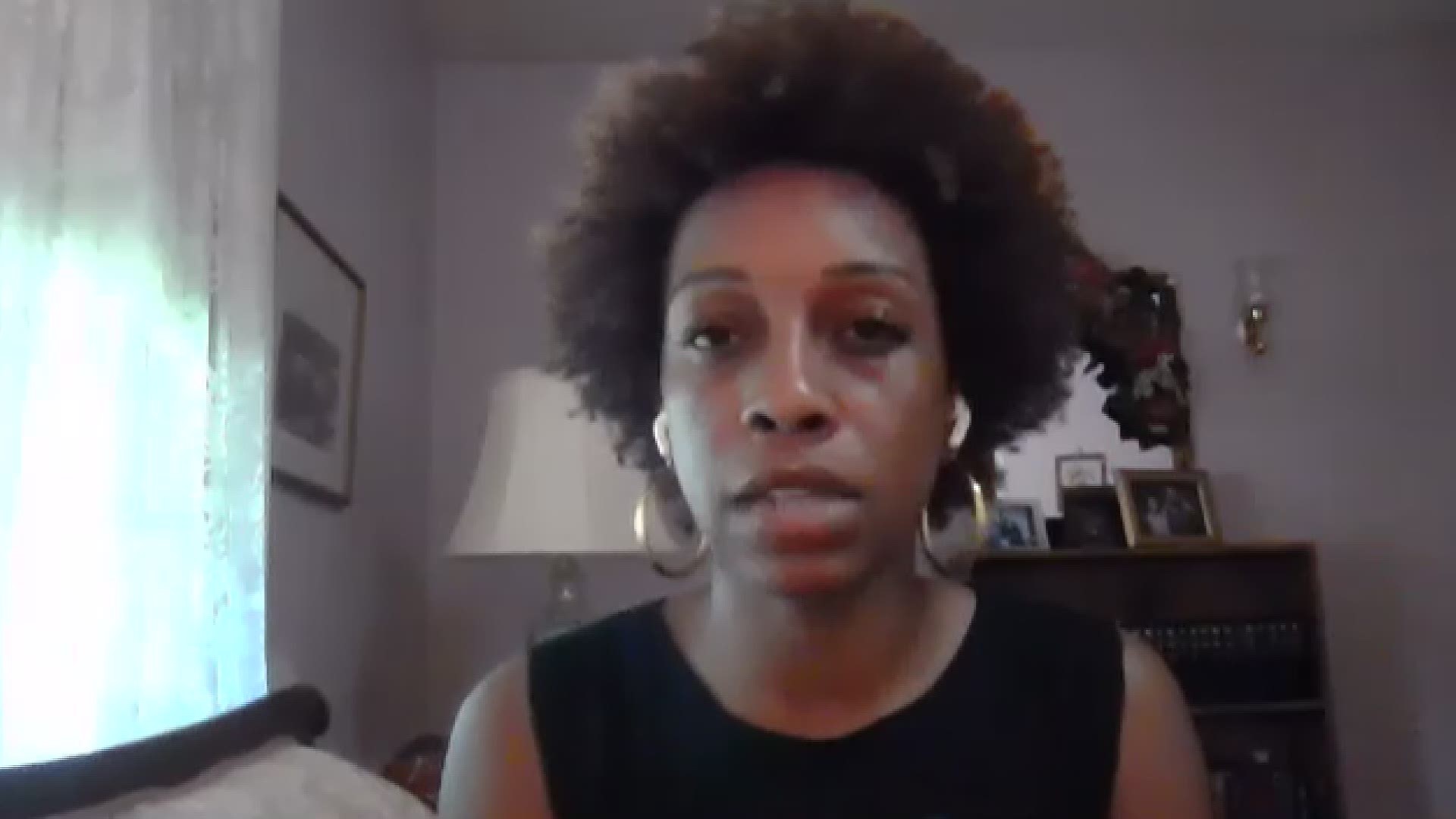 When she got out of the military, Weatherspoon wanted to help create spaces for other people that bring them comfort and healing.

“Fast forward to me starting Determined by Design, and the first project I did was a nonprofit project for domestic violence survivors,” Weatherspoon said. “These women looked at me like, one, we don't need this and, two, the narrative just kept shifting from we don't need this to, 'oh my god, someone would do this for us, I thought this type of thing was only accessible on TV.'”

Weatherspoon said once the space was completed, one woman told her that she realized change was possible.

Weatherspoon is working to help people learn that interior design is not a luxury for a few, but a standard for all.

“Design equity is advocating for those people in those communities who often get overlooked. When you hear phrases like 'it's too nice for this demographic, these people don't need this level of design aesthetic and beauty in their homes,' it really shines a light on affordable and low-income housing,” she said.

Weatherspoon added minority communities are most affected by design inequities in the D.C. area.

“If we were in middle America and it was predominantly white people, I would be advocating for the same thing. Right? But I think if you just look at the makeup and the statistics on affordable housing it is people of color.”

Weatherspoon’s work is not only limited to housing, but she also focuses on small businesses that serve minority or underserved communities.

The design firm worked with Cherry Blossom Intimates, which is a boutique lingerie store for breast cancer survivors in Maryland that specifically serves women of color.

1 / 5
Determined By Design
Interior designed by Determined by Design

“They explained to me the undignified experience that sometimes breast cancer survivors had to go through to get fitted for their prostheses,” Weatherspoon recalled. “Right there, I was like, 'Oh, there's a demographic of a person that's not having an interior experience that uplifts them.'”

Weatherspoon explained it is important for community members to get involved in advocacy on the front end of projects being planned in their areas.

She said people should talk to lawmakers and developers to make sure their teams are diverse and that they are planning to build well-designed spaces no matter the income level of the residents or geographic location.