Thousands left with unemployment funds due to DC's 'outdated' website

When Congress passed the American Rescue plan it extended unemployment benefits for thousands in D.C. 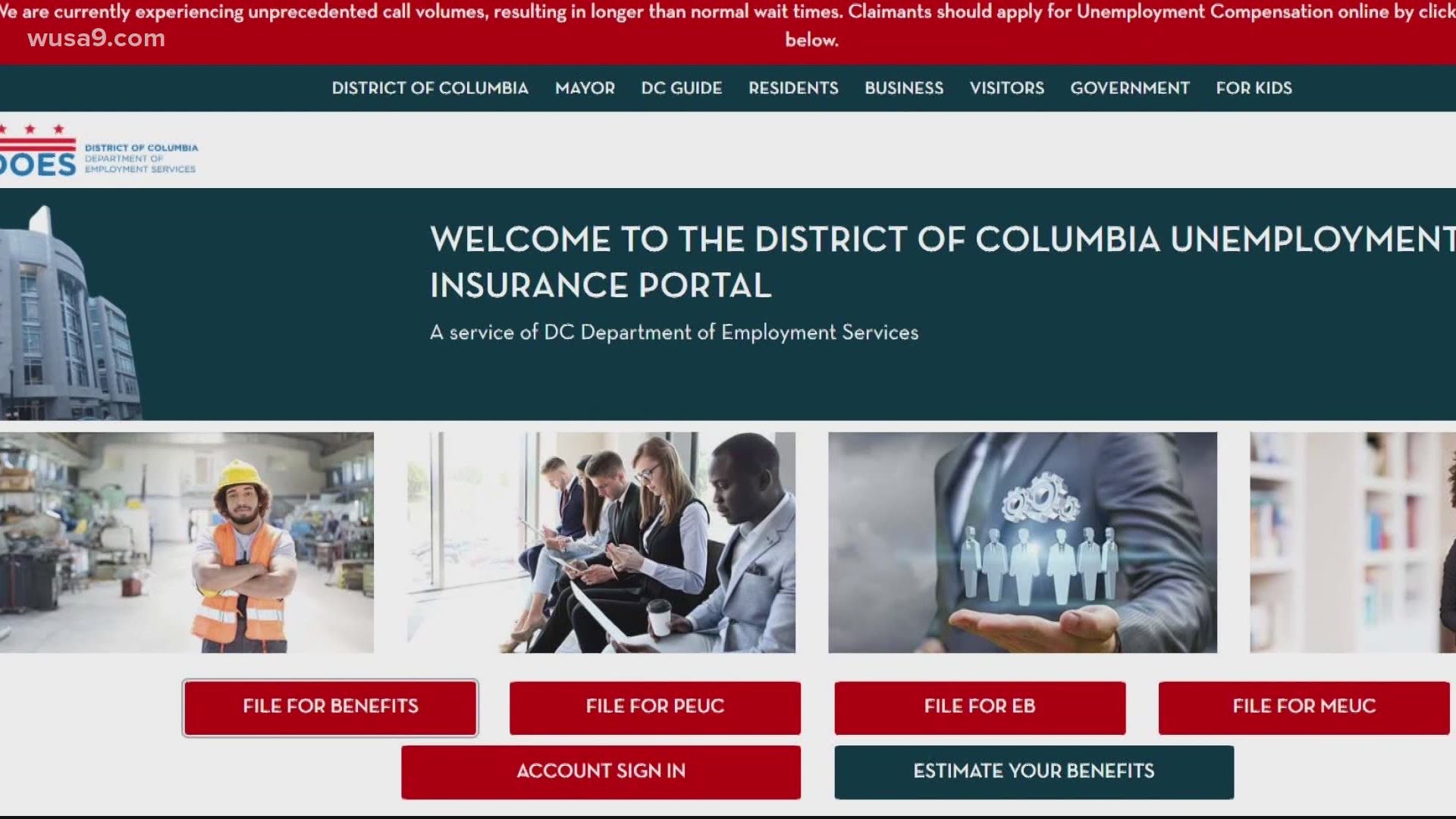 If this sounds familiar, that is because it has happened several times during the pandemic. In February, it disrupted benefits for people while D.C.’s IT department scrambled to fix it.

Now, there are more delays for people because of another issue.

Unemployment benefits have been the lifeline for people out of work and their families during the economic shutdowns.

“I've been unemployed for a year now waiting for everything to get back to normal,” bartender Liz Danko said.

Danko is one of the thousands of D.C. workers forced to rely on unemployment benefits during the pandemic. Unfortunately, in D.C., the gatekeeper to those benefits is an old website that takes weeks to update.

Four weeks later, after countless hours on the phone and numerous emails, still no benefits and no solution from the city on how to get them.

“Now I'm in limbo, unsure of where to apply or what to do,” Danko said. “They are not really contacting me.”

“The thing is, we have a system I always say that was coded the original coding is from when Elvis had number one hits,” Councilwoman Elissa Silverman said.

To have people like Liz Danko continue to receive unemployment benefits for more than a year, Congress passed the American Rescue Plan, according to Silverman.

“But to extend people who were at the last week of their extension, we need to recode [the site],” Silverman explained.

While other jurisdictions have eased the adjustments, D.C.’s website has taken nearly a month to get recoded. In that time. It has left thousands of people like Danko without the benefits they rely on.

“I really worry for the people that really are depending on it every week, and really need that money to pay their bills and to put food on the table for their families,” Danko said.

Councilwomen Silverman hopes all the issues the D.C. unemployment system has caused in the pandemic will be a wakeup call to her fellow council members and the mayor.

“I hope that this moment is when we have the political will to do it because I've been talking about it for years, but no one cared,” Silverman said. “Well, now people care. Let's get it done. Let's get this system modernized."

WUSA9 called and emailed for several weeks with D.C. unemployment services for a comment. We still have not received one yet. Councilwoman Silverman said the site should be working April 12.

She also said the city is building a completely new unemployment claims website, but that won’t be ready until 2022.