Laid-off workers wait weeks to get unemployment benefits in DC

City officials said the unemployment system is overloaded. They are working to fix it.

WASHINGTON — As the coronavirus pandemic grows in our area, so do jobless numbers. In D.C., it is estimated, by the end of the week 60,000 people will have applied for unemployment in a month.

Aretha Yates worked at a restaurant downtown before the pandemic hit. When she got laid-off, she immediately applied for benefits. Her claims were processed, but she got no money. She started calling.

"Within a week, I called four times, stayed on hold about four hours each call, and then the phone hung up," Yates said. 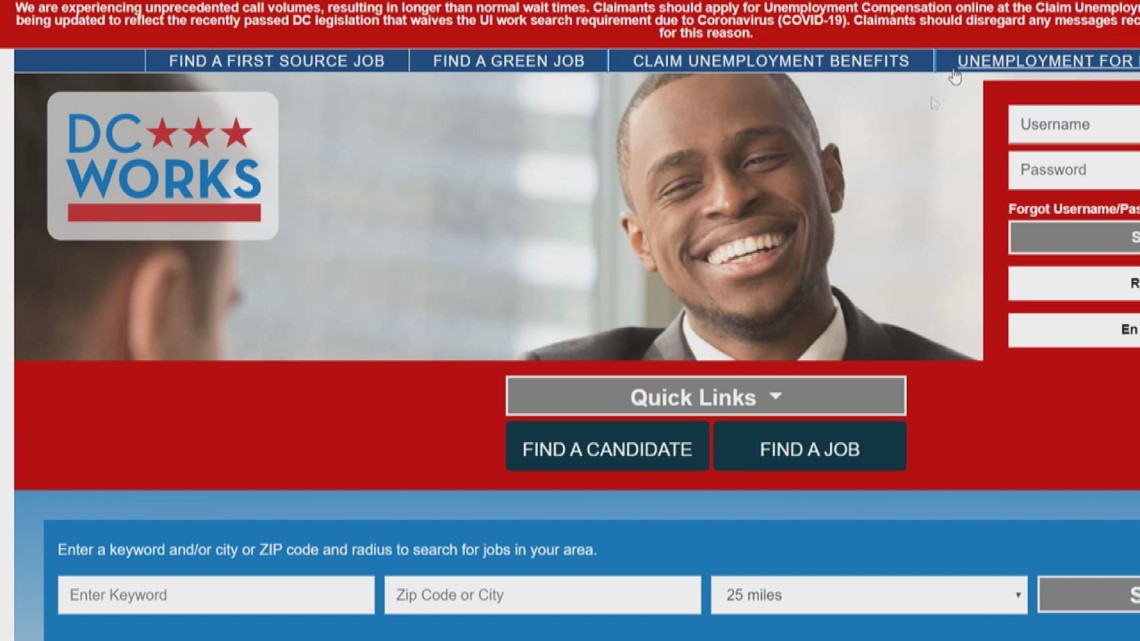 'It's like a parachute that's deploying after you hit the ground' | Here's the struggle to get unemployment benefits in DC
WASHINGTON - The coronavirus outbreak has sent thousands of new people to the unemployment line. In D.C. it's been several weeks since workers were forced to apply for benefits. A fair amount of people report they still have not received any money. Several people reported to WUSA9 that the D.C.

Almost a month later and still she has no benefits. Between people trying to file claims by phone and dispute benefits, the call centers have been jammed up.

WUSA9 reached out to the Department of Employment Services to find out what was going on they have not responded.

However, councilmember Elissa Silverman did call back. She is the chair of the city's labor committee.

Silverman explained these past three weeks the city’s unemployment services have seen double the amount of claims they normally process in an entire year. The call center staff was still the same until this week.

"There's 22 outside contractors. There’s a call center of 50 that has been added that goes online Monday," she said.

Not to mention, the city has asked for volunteers to help on the calls. Silverman isn’t just talking about the issue, she is joining in.

"I am a going to be a call taker. I start my training today," she explained.

In the meantime, Yates said she eventually got through, but it wasn’t the number listed on the city’s site. Either way, everything’s been straightened out.

"Once they fix it, within 48 hours you’ll get your money," Yates said.