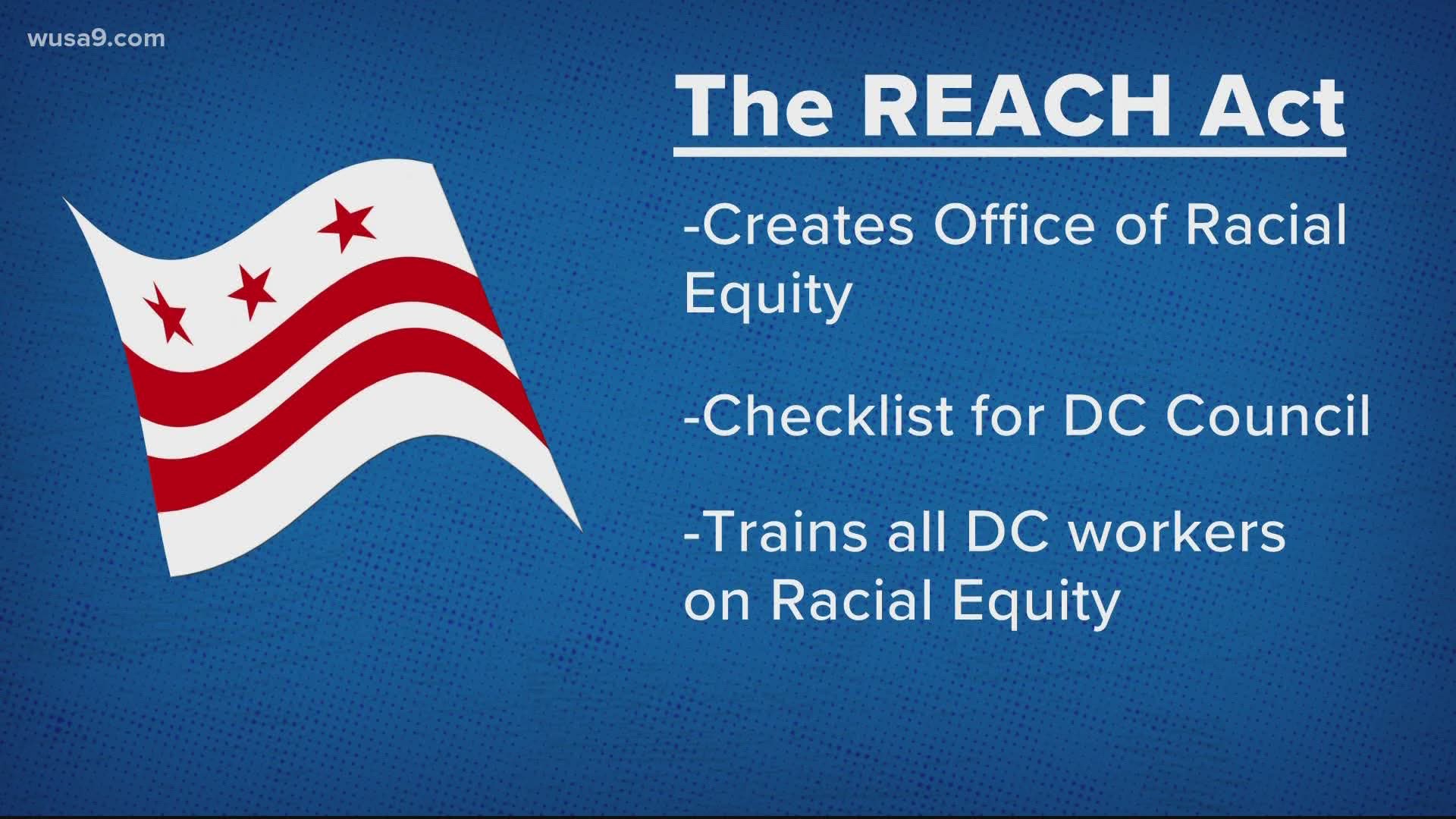 WASHINGTON — After weeks of racial injustice protests, what major changes have governments in the DMV made?

In D.C., the council has plans to create an office that specifically investigates how city measures affect communities of color.

Weeks of protests have called for an end to systemic racism. But how do you do that?

To understand McDuffie’s plan, you first have to understand the difference between the terms equity and equality. In a Zoom interview, McDuffie gave his best explanation.

“(You have) two communities with the same amount of funding, but depending on the conditions that exist in those communities, it is going to go a lot farther in one versus the other,” he said.

McDuffie wants to create equity in all matters of the city. That is his plan to help end systemic racism. This month he introduced The Racial Equality Achieves Results Act, or REACH Act.

He is what the REACH Act does: First, it creates the Office of Racial Equity inside the Mayor’s office.

“So that the mayor is measuring the performance of her agencies across government using the lens of racial equity,” McDuffie said.

It then creates a checklist for racial equity in all council laws and measures.

“To see how (laws) impact people across all demographics,” he explained.

Then the bill requires all city workers train on racial equity. It is obviously not a one-shot solution, but McDuffie believes The REACH Act is a way to begin to breakdown systemic racism in D.C.

“The idea is recognizing when you have a $16.7 billion budget like we do here in D.C. you have to give to the people who need it most,” he said.

The REACH Act would also create a commission to develop a future plan to advance racial equity in the coming years. The council is expected to vote on the REACH Act in a couple of weeks.

Protesters continue to call for an end to systemic racism in the country and DC. But how do you begin to end it? @CM_McDuffie has a plan he believes starts the conversation. #GetupDC @wusa9 pic.twitter.com/eWiXvPxC6l