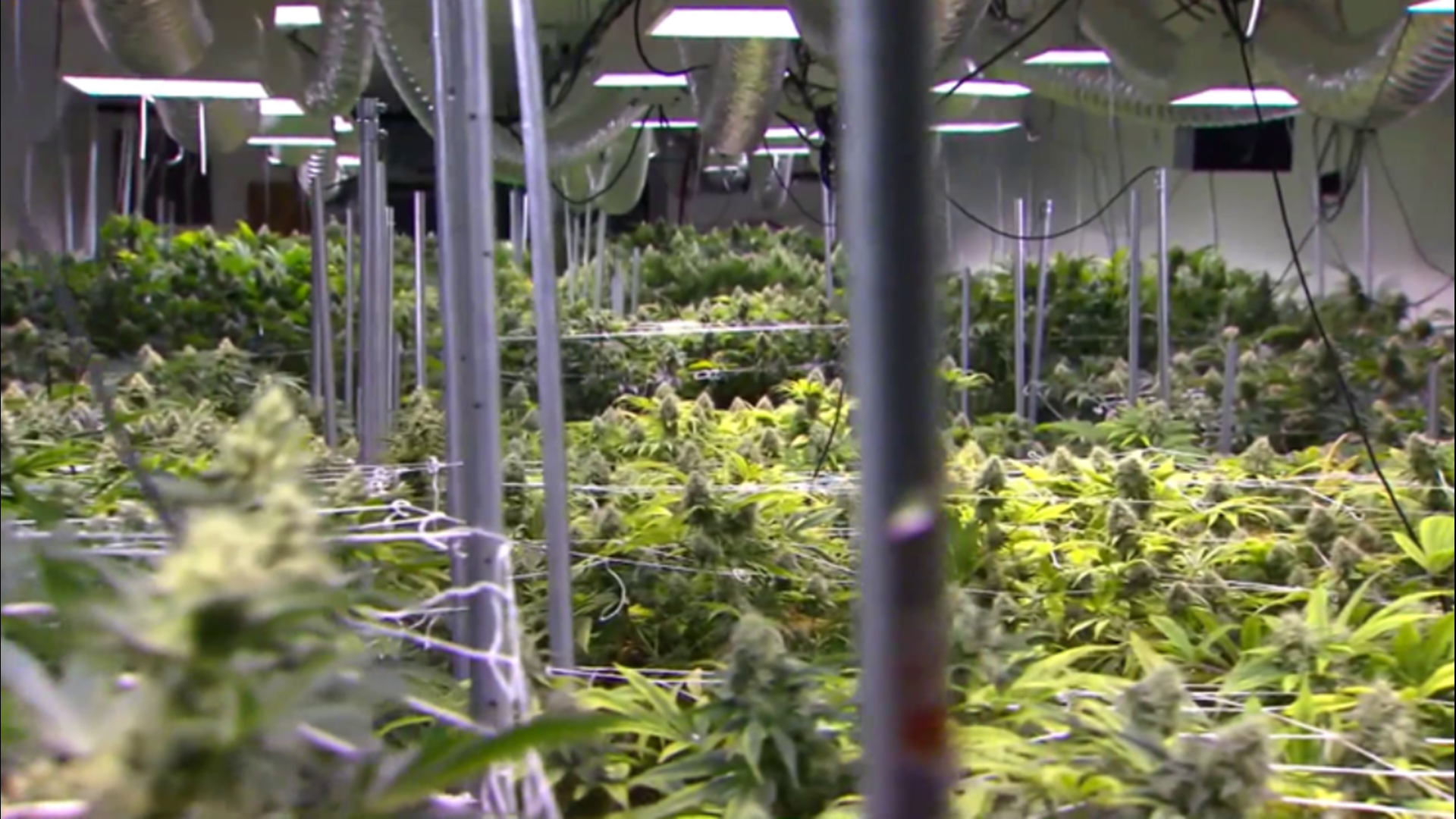 WASHINGTON — Jume Akinnagbe walks the empty space of a 40,000 square foot Maryland warehouse with dreams of filling it with tens of thousands of cannabis plants.

"When I think about getting one of those cannabis licenses, I think about social justice, considering that African Americans have been the community disproportionately disadvantaged and negatively impacted as a result of the War on Drugs," said Akinnagbe.

But the selection was postponed a year when the Legislative Black Caucus said too many of those licenses would have gone to out-of-state investors.

That allegation came after a state-commissioned study found “disparity” in how few minorities got cannabis licenses during a previous selection round. After internal investigations of the cannabis commission’s process, it is ready to try again, with preference given to businesses that can prove they are minority-owned and operated. Akinnagbe’s RemiLeaf is giving it another go.

“We have PhD, we have JD, we have MD, we have horticulture agriculture. We did our research. We took our time," Akinnagbe said.

Anchored by the city of Cumberland, this Western Maryland county typically has one of the highest unemployment rates in the state, according to state statistics.

Allegany County built a warehouse on Barton Park Drive hoping to attract a business. RemiLeaf was among the first to express interest with a business plan, including pledges to donate to local schools and colleges. That impressed the county.

RemiLeaf and Maryland’s other medical cannabis license applicants tell WUSA9 they expect profits to increase significantly if and when the state legalizes recreational cannabis use. But in late June, RemiLeaf got bad news from Barclay:

“Right now the building is off the market officially because we're talking with another company and they're looking at doing tenant improvements. And quite honestly, it's a company with that we've been trying to reach out to for the last decade to move into Allegheny County," Barclay said.

WUSA9 learned that company is Northrop Grumman, looking to expand from its current facility just across the state line in Keyser, West Virginia. Even if the defense contractor outbids the much smaller cannabis cultivating business, Allegany County promises to keep working to find a home for RemiLeaf.

“When I look at the space and look at what our future can hold, I look at the possibility of all of the fights that come before us and how we how we could arrive at this moment," she said.

Cannabis industry sources tell us they expect a state license selection this summer. In response to WUSA questions, the commission sent us a statement this week: “[It] is looking forward to the completion of the independent investigation and the ownership investigation into highly ranked Grower and Processor applicants. The Commission will not consider awarding any pre-approvals until it has received and reviewed the findings of these investigations.”