FCPS responded to the petition saying they'd work with more VA schools to create a new social studies curriculum for students in grades 3, 4, 6, 7, and 11 this fall.

Tyler Hansen and Rachel Murphy are 2012 graduates of the Fairfax County Public school system. They recently co-authored a change.org petition calling for FCPS and the superintendent to enhance their black history curricula and culture.

"I went through FCPS schools for 13 years," Murphy said. "Both my parents are teachers in the county, so the county really raised me, both at home and at school." 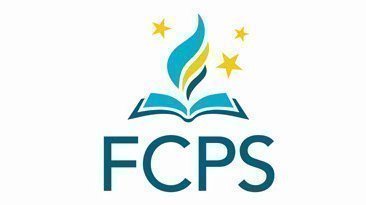 Sign the Petition
0 have signed. Let's get to 500! ***READ ENTIRE PETITION HERE*** We, the current students, alumni, parents, and community of Fairfax County Public Schools (FCPS), are writing to you regarding what we feel are the insufficient ways in which systemic racism is currently being addressed in FCPS' curricula and culture.

"We personally feel that we learned about slavery, and then we rolled it over into Jim Crow, we learn about Martin Luther King, and at that point is sort of when the understanding of racism in America stops," Hansen said. "We don't talk about the mass incarceration, or redlining or racism as we know it in the country today. It sort of ends in the sixties, and we say it was cured."

Hansen believes this exemplifies "a tremendous deficiency in the understanding that we are then released into the world as young adults with this really deficient understanding of how we are perpetuating a problem."

Their petition, which they say was created in coordination with other alumni, parents and FCPS community members, highlights three requests:

FCPS released the following statement Wednesday, addressing some of the concerns raised in the petition:

A group of Fairfax County Public Schools (FCPS) teachers have been collaborating with colleagues from five other Virginia school districts to create a social studies curriculum that presents diverse perspectives and challenges students to critically examine materials, events, and institutions for bias, identity, and multiple perspectives. The new curriculum will be available to students in grades 3, 4, 6, 7, and 11 as soon as this fall.

Patty Barbour, chair of the Hiring and Equity Task Force for the Fairfax County Federation of Teachers, said that the response from FCPS isn’t enough.

"That all sounds good to me," Barbour said. "But it sounds like a lot of fluff. I think that as a school system we have to get away from a lot of talk, and a lot of the buzzwords, and to be a system of where we must acknowledge, act and leap."

According to Barbour, some FCPS schools don’t have minority teachers. WUSA9 requested that data from FCPS but did not receive a response. Both Hansen and Murphy say they can count the number of nonwhite teachers they had in FCPS on one hand.

"My first non-white teacher was in seventh grade," Murphy said. "My seventh-grade math teacher was a black woman. I think she might have been the only black teacher I had."

"Yeah, I can count on one hand with fingers left," Hansen said.

Barbour said this is part of the problem FCPS needs to address.

"I think you have to have people that are experienced, who truly know the history, who stand fast and understand who they are, such that they can present this history and such that they can present a perspective, from an African American point of view," Barbour said.  "If you've never experienced some of these things and you're called upon to teach them in a classroom, all teachers are not comfortable teaching something that they do not have the depth of knowledge to teach."

According to the statement from FCPS: "89 teachers, 13 curriculum leaders, and 29 professionals from partner organizations participated in a five-day workshop whose goal was the creation of 25 critical inquiry unit plans."

You may have heard of SMART goals during a performance review. They describe characteristics for creating goals that are: specific, measurable, attainable, relevant and time-bound. Barbour is challenging FCPS to create SMARTIE goals, adding inclusive and equitable to the criteria for determining whether or not a goal can be reached and how it will benefit the school system.