The officer, who was on duty at the time, was not pursuing the cyclist, 56-year-old Candido Lopez-Sales. 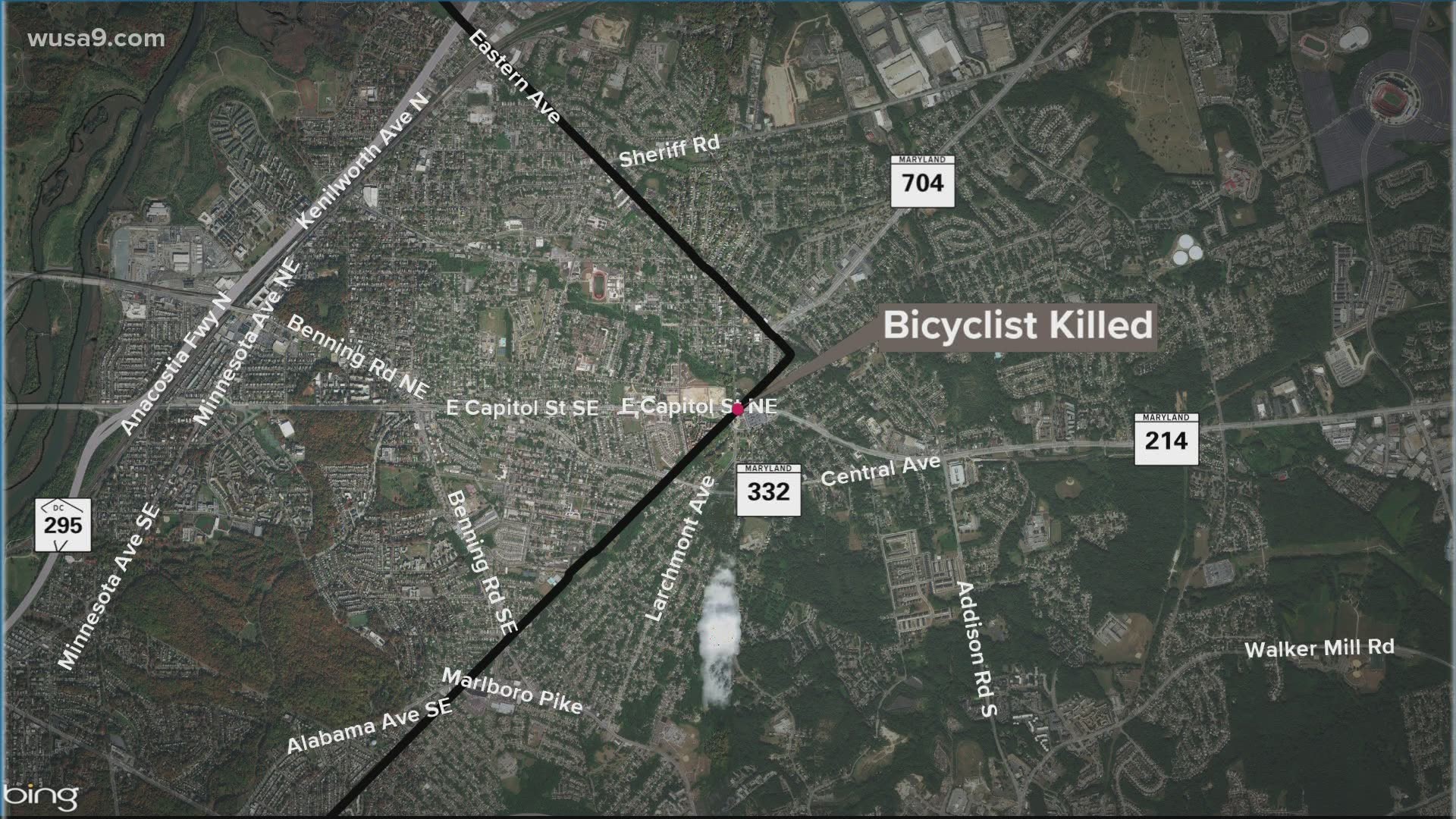 The man was hit by the unmarked police SUV around 4:30 p.m. in the westbound lanes of East Capitol Street a half-block outside the D.C. line, according to PGPD.

DC Police have refused WUSA9's request for additional information including where the officer was heading and why.

In an email reply to a request for more information, DC Police said: "This is an active investigation with the Prince George's County Police Department. There is no further information available to provide at this time."

The officer, who was on duty at the time, was not pursuing the cyclist, according to PGPD spokesperson Julie Wright.

The cyclist has been identified as 56-year-old Candido Lopez-Sales.

According to a written statement from PGPD, a witness told investigators that the cyclist was riding his bike on the sidewalk of East Capitol Street and then rode his bike into the roadway just before the collision.

A man who claimed to be a witness to the crash told WUSA9 that the cyclist was "popping wheelies" as he rode in the street. The witness added that a pickup truck narrowly missed hitting the cyclist just before the fatal collision with the police vehicle.

Prince George's authorities deferred any questions about the officer driving the SUV to DC Police.

We are now investigating a fatal pedestrian collision on East Capitol Street at Southern Avenue. Prelim: At approximately 4:30 pm a man riding a bicycle was crossing over the WB lanes of East Capitol Street when he was struck by an unmarked MPDC SUV. pic.twitter.com/XZI2q1irM9