Police use flashbangs, spray irritants as protests heat up over fatal moped crash

Police say Karon Hylton crashed into a car as officers tried to stop him. 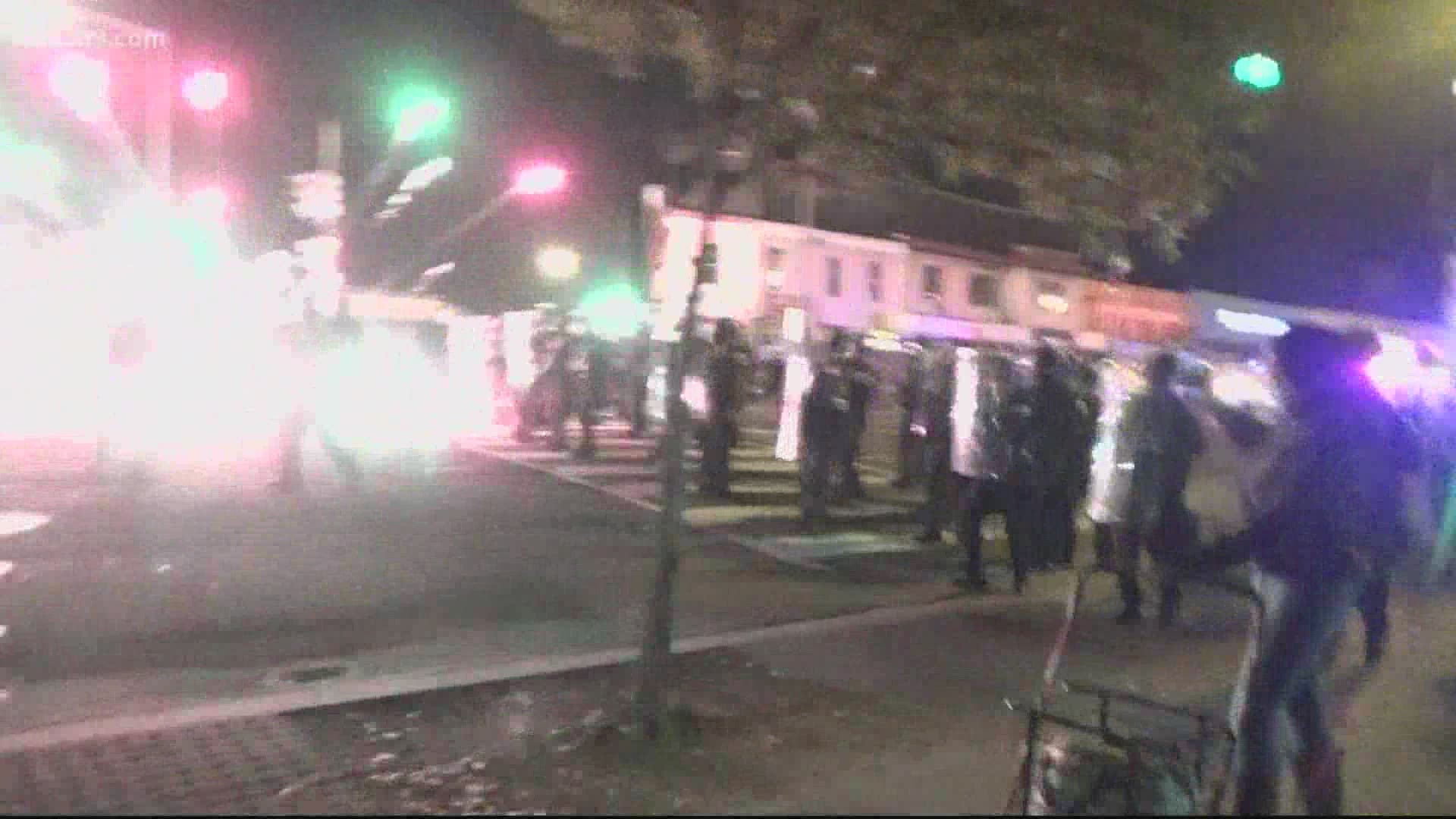 WASHINGTON — Protesters marched to the Fourth District police station for the second night, demanding answers after the death of a 20-year-old father. Karon Hylton died Monday after he crashed a moped Friday night following an attempted traffic stop by DC Police. Karon Hylton crashed into a car on the moped after police pursued him for at least 2 minutes, body camera footage from MPD shows.

A protective fence was put up around the police headquarters Wednesday, after protesters broke several windows at the station Tuesday evening. The crowds were able to break through the fencing, banging on the doors of the station chanting "justice for Karon" and "who do you serve, who do you protect?"

Officers in riot gear emerged from the building, forming a police line. A standoff occurred between the police and protesters, with officers stationed outside station doors and forming a bike barrier at the nearby intersections.

Officers with @DCPoliceDept just ran by me on Georgia Ave pushing protesters back and saying “Move!” @wusa9 pic.twitter.com/esgdjNHR93

.@DCPoliceDept is claiming a handful of Cops have been injured. Over 200 protesters was injured by @ChiefNewsham Terror gang. MPD received privileged treatment. Protestors had Street Medics assisting them because #WeKeepUsSafe It was ONE arrest made at #KaronHylton protest. pic.twitter.com/x3AIqakM7v

A crowd first gathered outside the Fourth District police station Tuesday night, demanding accountability from the officers involved in the incident, body camera footage to be released and a full police report from the incident, which DC Police have declined to release, saying the incident report includes personal information about the driver of the passenger vehicle that collided with Hylton. A police spokesperson said D.C. law prohibits police from releasing that.

Body camera footage was released of Karon Hylton's moped crash after being chased by a police vehicle. View that here.

Emotions ran high, as the crowd rushed the doors of the station attempting to get in, and threw a trash can through the window. A police line was formed, and WUSA9's reporter Jess Arnold witnessed fireworks being set off, police car windows smashed and glass bottles and rocks being thrown at the police line.

According to DC Police, rocks and bricks were thrown at officers and windows on Tuesday night. One arrest was made and four police officers were reported to have non-life-threatening injuries. Six DC Police vehicles were vandalized and four windows to the precinct were broken, added police officials in a statement.

Some people have just thrown objects at the police line, who rushed back.

In a video tweeted by Black Lives Matter DC, officers can be seen spraying an irritant at protesters, who are seen asking for water to wash out their eyes.

"The group dispersed from the Fourth District station and proceeded southbound on Georgia Avenue where they set fires, smashed storefront windows, and pulled bricks from sidewalks to be used as projectiles," a DC Police spokesperson said in a statement. "In an effort to stop these individuals, MPD deployed munitions and OC spray."

We need all hands on deck @MayorBowser and @ChiefNewsham terror gang is literally at war with the community at 4D police station. They shooting teargas and rubber bullets @charlesallen #WeKeepUsSafe #BlackLivesMatter @wusa9 @fox5dc @nbcwashington pic.twitter.com/BXk9xF7S5r

Police issued a press release addressing Hylton's death that said officers were in the 500 block of Kennedy St. NW when they saw Hylton riding down the sidewalk on an electric moped with no helmet on. Police Chief Newsham walked this back in a Thursday news conference, saying they did not yet know why the officers were attempting to pull Hylton over, but that the officers were part of a crime suppression unit.

Police said that when Hylton came out of an alley, he came out on Kennedy Street, and collided with a passenger vehicle on the street. Officers said they rendered first aid before Hylton was taken to a hospital, where he later died.

Hylton's girlfriend, Amaala Jones-Bey, said he had been riding to a friend's house to collect his car keys so he could return home.

“Over a moped and some car keys, he lost his whole life," Jones-Bey said. 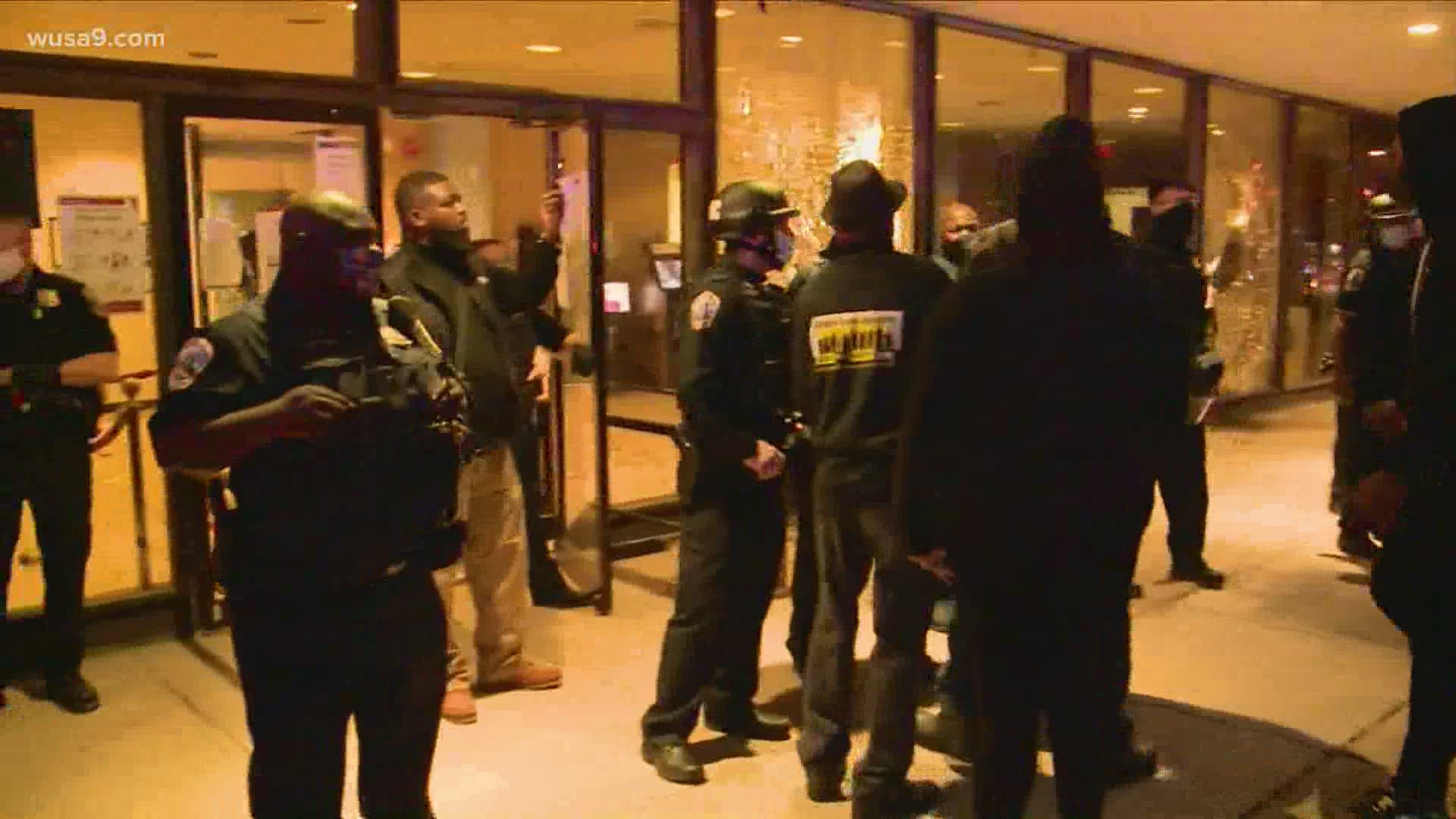 She is now left alone to care for their new daughter, who she says turned 3-months-old the day her dad was hit.

“I don’t have... words for this," she said. "I wouldn’t wish this on my worst enemy, because it really is like leave you stuck, lost confused on how it’s happening.…I had a whole family plan, not today, not tomorrow, but I was going to get my family, and Karon was working towards that."

She said Karon was working to build a better life for their family and had dreams of being a business owner. Jones-Bey said it wasn't easy, though -- he grew up in tough circumstances.

“For one, you’re a Black male," she said. "You’ve got your personal family problems. Then you got your own problems in your head…I just know he was trying to make it work."

Now that he's gone, she is determined to make sure their daughter knows her father loved her.

Some of Hylton's friends say they're just not buying the police story.

"They hit him in the back of his scooter and pushed him into the oncoming car," one friend said.

"Tell them to release the body camera footage," another friend said. 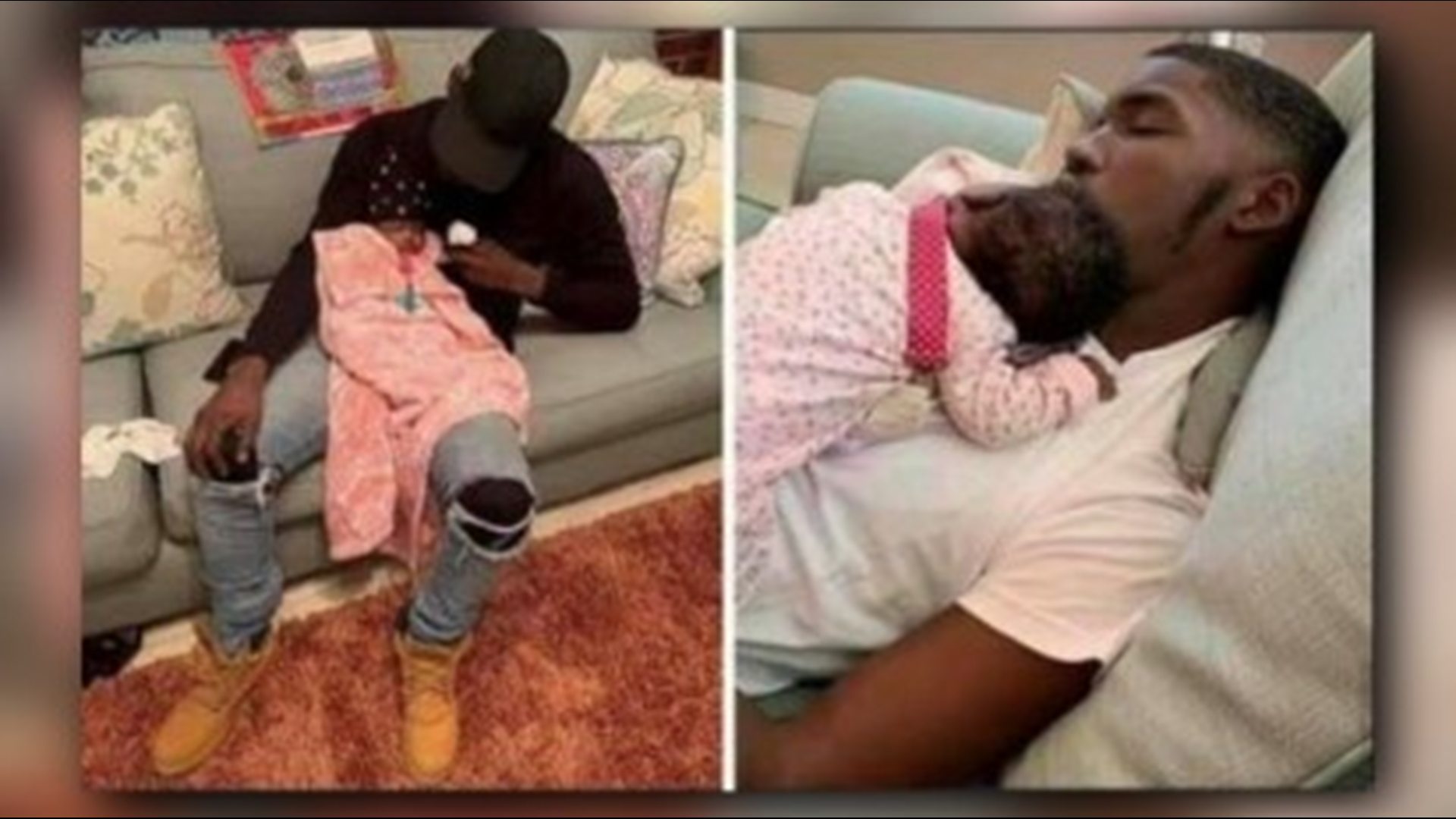