DC mayor: 'We are aware of no specific threats to our city' 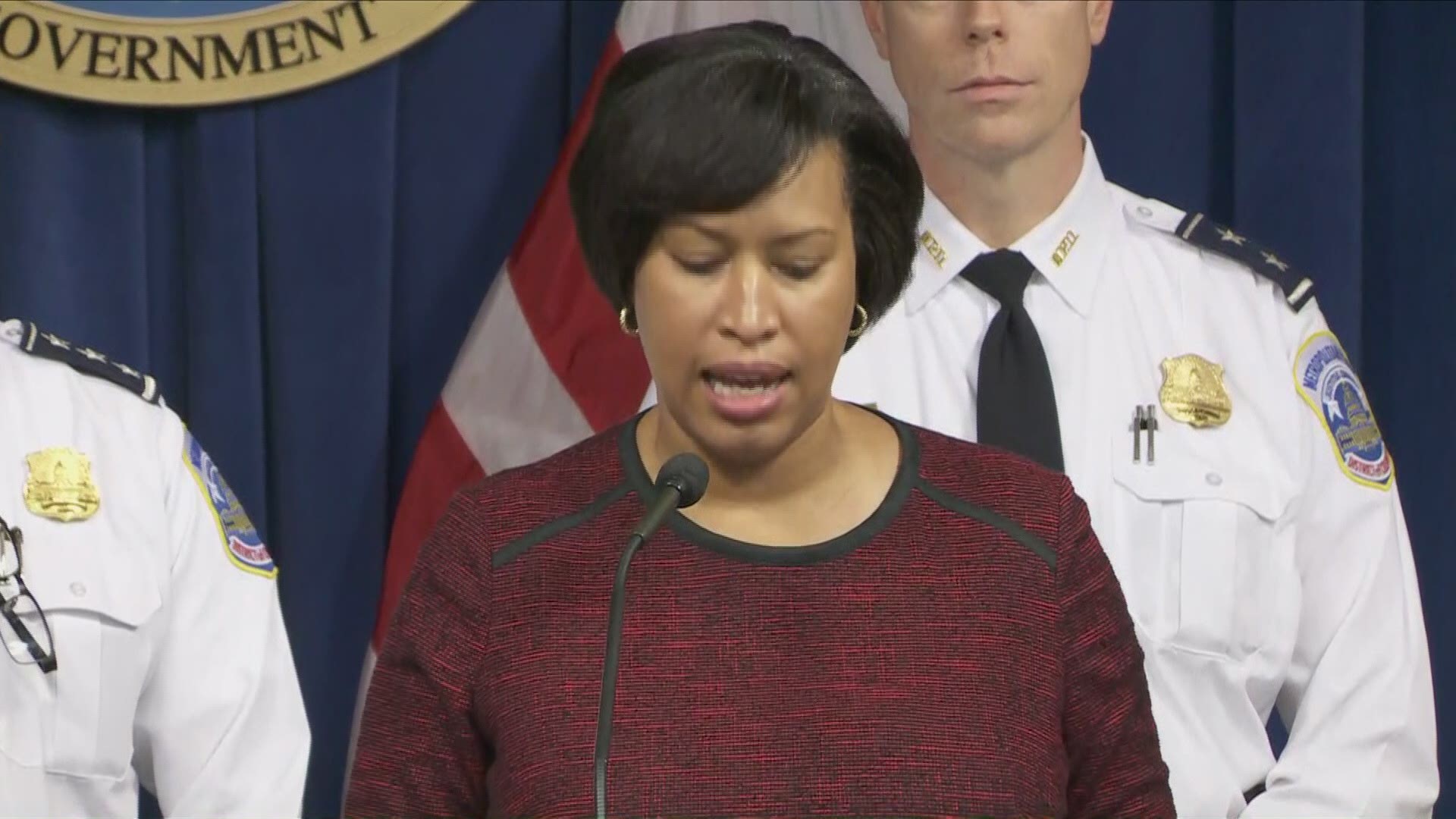 As tensions have escalated in the wake of the U.S. attack that killed Iranian General Qasem Soleimani Bowser tweeted Friday that the city's homeland security authorities "remain vigilant."

She recently called on the Homeland Security officials in D.C. to keep in contact with federal authorities in New York in response to growing concern about Iran's capability and possible retaliation.

"As mayor of our nation's capital, I want to ensure residents and visitors that there are no immediate threats to Washington, D.C.," Bowser said.

Bowser reported there are no "immediate threats," but that local officials were working in partnership with federal authorities to monitor evolving events. Additionally, Bowser said she and her leadership have been briefed of events within the last week and will continue to receive high-level briefings about the United States' activities and security within D.C.

"We are in close contact with our federal and regional partners and will continue to monitor events at home and abroad," Bowser said. "We are aware of no specific threats to our city."

Christopher Rodriguez, Director of D.C. Homeland Security and Emergency Management Agency, said in conjunction with the mayor's office, have taken specific measures to ensure the safety of both residents and tourists in the District are taken seriously.

Rodriguez noted that the Metropolitan Police Department has increased its presence throughout the city, particularly around government facilities, critical infrastructure and religious institutions.

"It's important to remember that public safety and homeland security officials here in the nation's capital are constantly planning and training for all threats and all hazards," Rodriguez said.

Iran vowed, "harsh retaliation" for Soleimani's killing, the head of Iran's elite Quds Force and the architect of its interventions across the Middle East.

The State Department said the embassy in Baghdad, which was attacked by Iran-backed militiamen and their supporters earlier this week, is closed and all consular services have been suspended.

"U.S. citizens should depart via airline while possible, and failing that, to other countries via land," the statement read. "Due to Iranian-backed militia attacks at the U.S. Embassy compound, all public consular operations are suspended until further notice."

If Iran decides to follow through on its vow of harsh retaliation for the airstrike, it can call upon heavily armed allies across the Mideast.