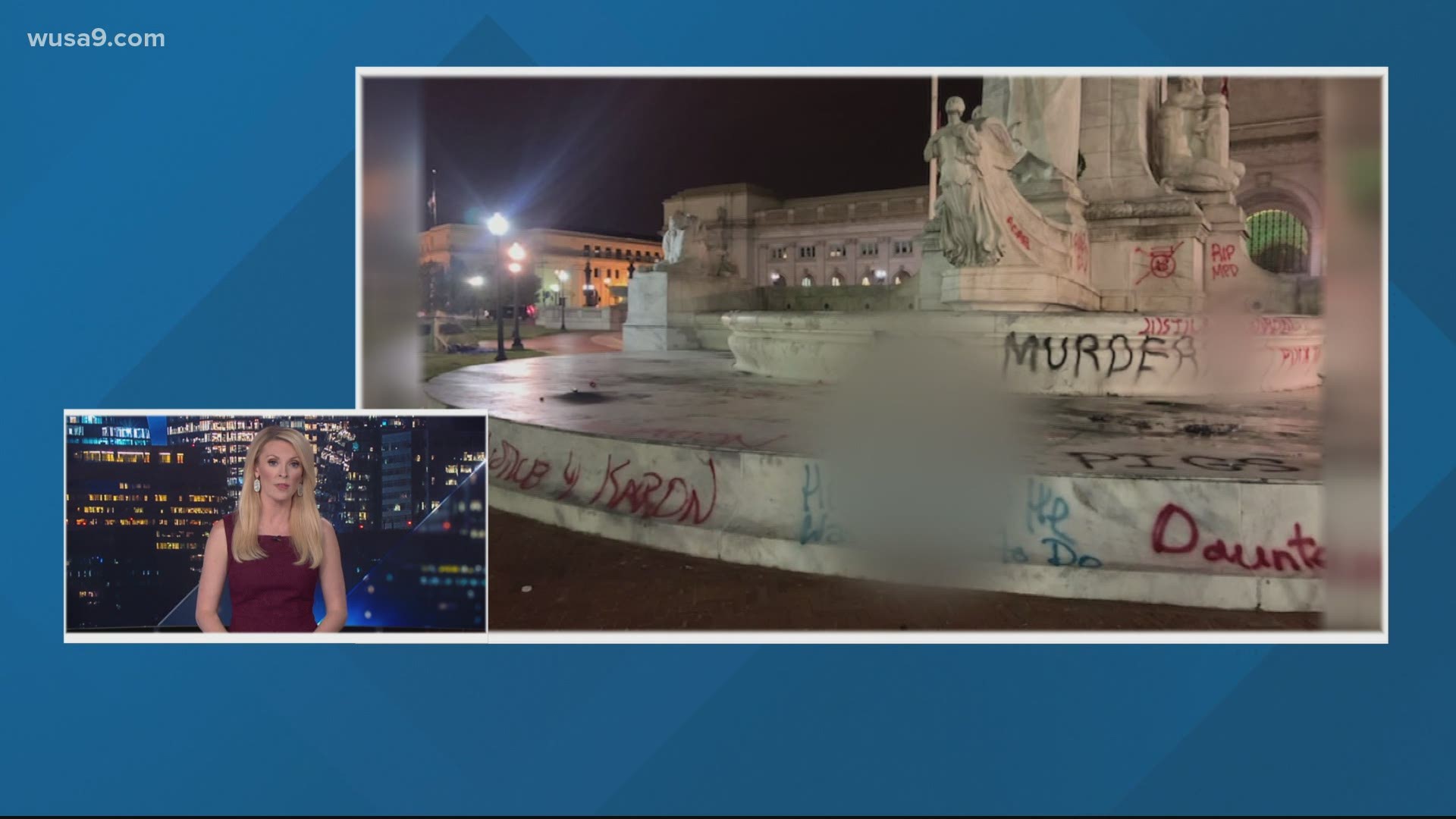 The destruction was captured in pictures taken by WUSA9 after protesters had moved away from the area.

Words including "murderer," "F&#@ Pigs," "He did what he was trained to do," and the name "Daunte (Wright)," were spray-painted on the statue and around it.

Road flares were also captured on the ground by the statue.

Christopher Columbus statues have been a target by some protesters and rioters over the last year, and more notably in other cities in the U.S., such as the City of Baltimore.

Columbus statues have been seen by some as tributes to a man that had a negative impact and exploited native peoples in the Americas.

There was a substantial police presence on display Saturday evening in D.C amid tensions over the death of Daunte Wright by a police officer in Minneapolis, and with the Derek Chauvin murder trial almost nearing its end.

Protesters were also out in D.C. Friday evening.

Police also need the public's help in identifying a person who they said assaulted a police officer during a protest on U Street Northwest Friday night, the Metropolitan Police Department said.

D.C. Police will initiate a full department activation next week in anticipation of possible protests in response to a verdict in the Chauvin murder trial.