The Department of Defense says the crew is grounded as part of standard procedure for a line-of-duty investigation. 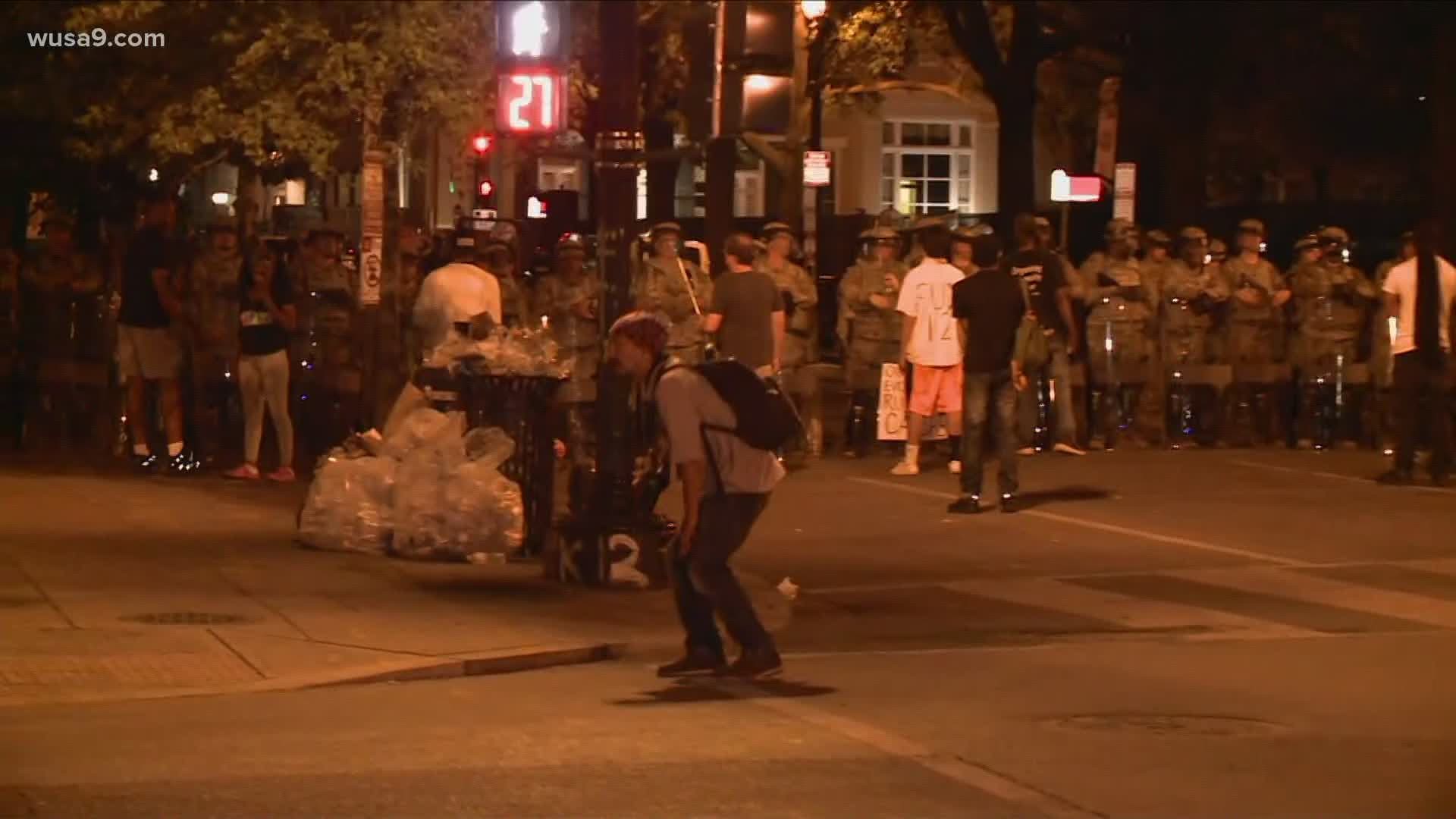 WASHINGTON — The Department of Defense says it has grounded the National Guard helicopter crew that hovered low over a crowd of protesters in D.C.'s Lafayette Square Monday night, pending the results of an investigation.

Secretary of the Army Ryan McCarthy said during a press gaggle Friday that the crew was grounded pending the results of 15-6 investigation. A Pentagon spokesman told WUSA9 this is standard procedure any time there is a line-of-duty investigation.

"I hold all members of the District of Columbia National Guard to the highest of standards. We live and work in the District, and we are dedicated to the service of our nation," said Maj. Gen. William J. Walker, DCNG Commanding General, in statement Wednesday. "I have directed an immediate investigation into the June 1 incident.”

The helicopter incident is just one of a number of federal responses to D.C. protests that have drawn controversy. Among others, U.S. Park Police have now said it was a “mistake” for them to say tear gas was not used to clear Lafayette Square prior to a photo op by the president, and multiple members of Congress are now calling for legislation to prevent unmarked federal officers from performing security duties after Bureau of Prisons riot teams without identification were seen manning perimeters near the White House.