Do you recognize this person? Police need your help to find them after an assault on U Street 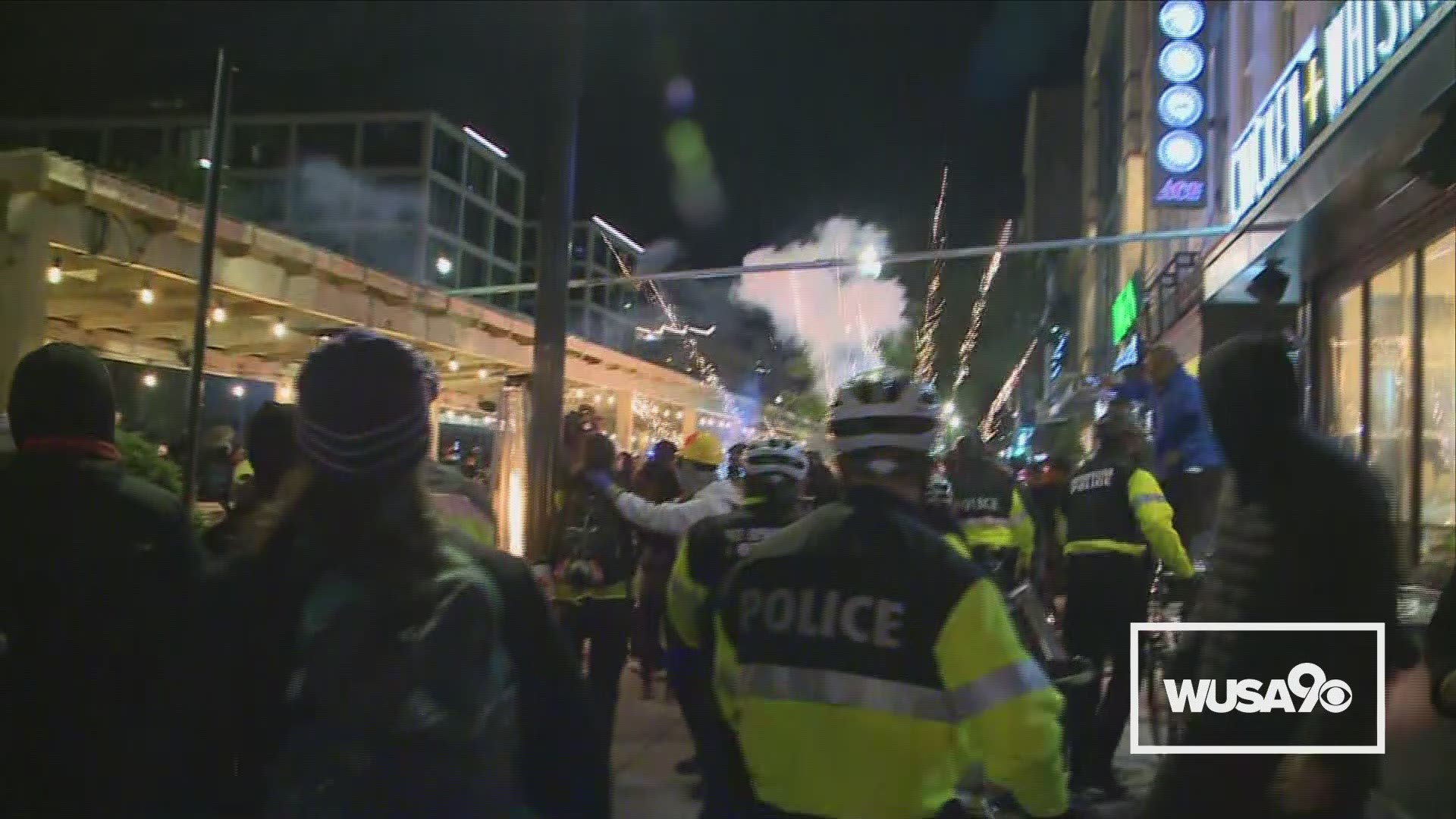 WASHINGTON — Police need the public's help in identifying a person who they said assaulted a police officer during a protest on U Street Northwest Friday night, the Metropolitan Police Department said.

The incident happened around 10:30 p.m. on the 1600 block of U Street. Police said the individual physically assaulted a D.C. Police officer.

A camera captured the suspect and police have released the person's photo.

Police are asking anyone who can identify this person or has knowledge of this incident to call police at (202) 727-9099 or text your tip to the Department's TEXT TIP LINE at 50411.

Do you recognize him?

MPD seeks the public's assistance in identifying a suspect in reference to an Assault on a Police Officer offense that occurred on 4/16/21 in the 1600 block of U Street NW.

The Metropolitan Police Department currently offers a reward of up to $10,000 to anyone who provides information that leads to the arrest and conviction of the person or persons responsible for a violent crime committed in the District.

Protesters were seen marching through the District as they gathered at Black Lives Matter Plaza Friday evening just days before the closing arguments begin in the Derek Chauvin trial and days after two deadly shootings involving police that took place in the United States.

Hundreds were spotted marching through downtown D.C. -- up 14th St. NW, eventually progressing to 16th and U Streets in NW -- chanting and fighting for racial injustice.

While Friday evening's protests remained peaceful, footage obtained by WUSA9 shows that some people in the protest group were setting off fireworks along the way.

Protesters were also out in D.C. Saturday evening. Four people were arrested after the Christopher Columbus statue near Union Station was vandalized with spray paint by D.C. protesters.

Law enforcement and city officials across the District are preparing for mass demonstrations and protests this upcoming next week as the Chauvin trial begins to wind down.

On Thursday, WUSA9 reported that D.C. Police will initiate a full department activation next week in anticipation of possible protests in response to a verdict in the Chauvin murder trial.