WUSA9's Bruce Johnson is honored with a spot on the mural outside of Ben's Chili Bowl in D.C. 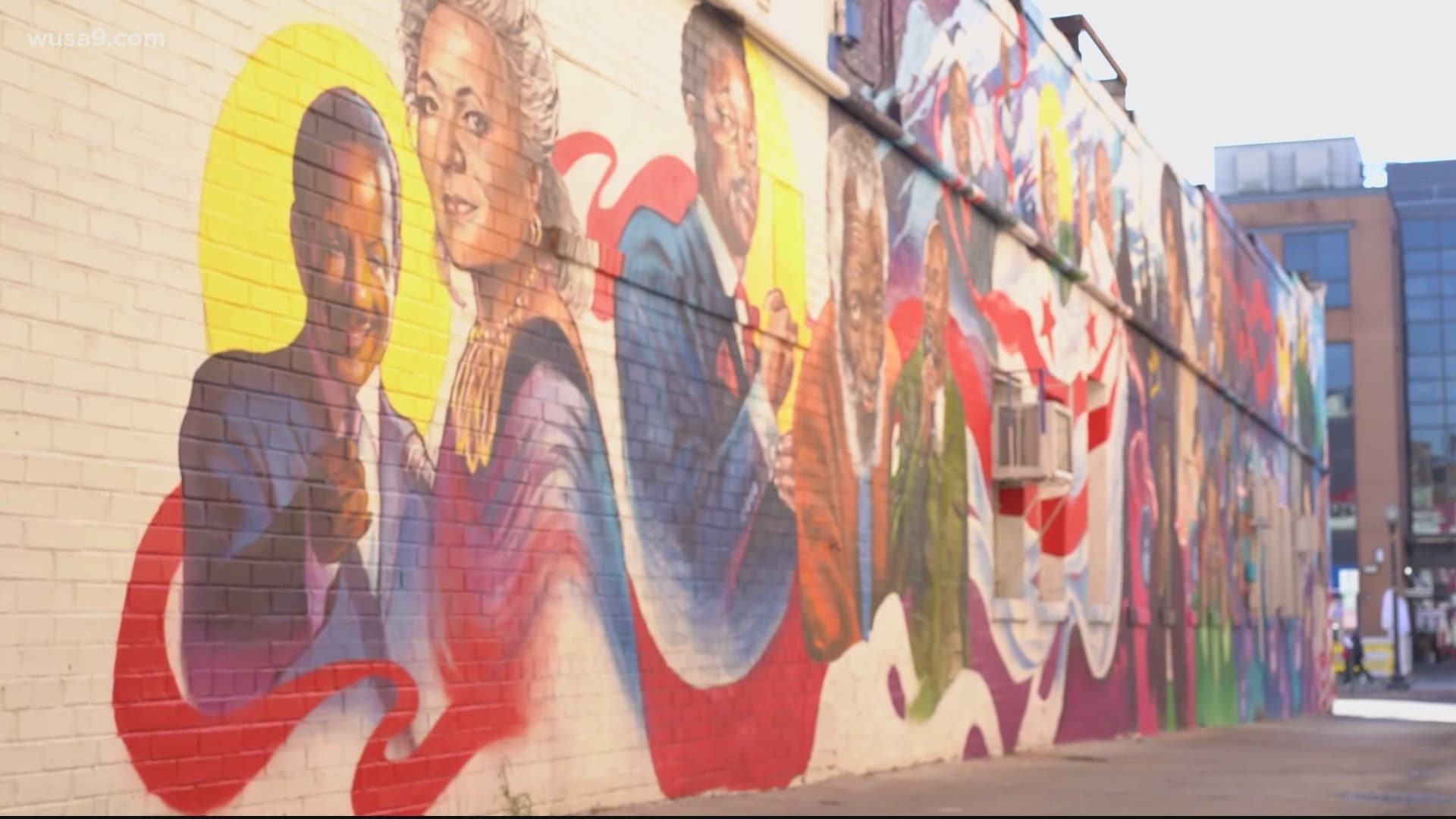 WASHINGTON — For the past 44 years, Bruce Johnson has devoted his professional life to telling remarkable stories for WUSA9. But now, Bruce will now be closing this chapter of his life at the end of this year.

While he'll be missed on TV, he will always be remembered at Ben's Chili Bowl. The owners of the D.C. landmark off U Street in Northwest unveiled a mural of Bruce Friday morning.

The mural outside the restaurant has been changed multiple times since it first appeared in 2012 -- previously featuring a large, smiling Bill Cosby, Barack Obama, Donnie Simpson, and Chuck Brown. Today, the mural features a wide variety of famous African Americans, several with ties to the District to honor D.C.'s rich history of Black culture.

The restaurant has been committed to community service since its inception, surviving the D.C. riots in the 1960s and other historical milestones.

The mural was unveiled at an informal ceremony filled with friends, family, colleagues and other well-wishers -- including CBS sportscaster James Brown.

"And, this is not an exaggeration, (Bruce is) the most significant reporter, correspondent and anchor in Washington, D.C.," Brown said.

Gordon Peterson, who shared the anchor desk with Bruce Johnson for many years, agrees.

"Nobody, in this town, has covered this city without fear or favor better than you have," Peterson said.

WUSA9 President and General Manager Richard Dyer said when he asked Bruce about how he wanted to be honored, he told him he didn't want proclamations or any other accolades, he just wanted to get on the wall of Ben's. And now, that's a reality.

Bruce has won 22 Emmys, is a member of the Society of Professional Journalists Hall of Fame, the Washington, DC Hall of Fame and soon to be inducted into the Kentucky Journalism Hall of Fame at the University of Kentucky.

1 / 32
Mike Valerio
While he'll be missed on TV, he will always be remembered at Ben's Chili Bowl. The owners of the D.C. landmark off U Street in Northwest unveiled a mural of Bruce Friday morning.

He has been honored with nearly every journalism award of distinction, including the Ted Yates Award and the NATAS Board of Governors Award and is a member of the National Association of Black Journalists and the National Press Club.

Bruce has filed special reports from Rome, Bangkok, Moscow, Budapest and Cuba. He has received hundreds of civic awards from DC organizations, from the city’s Mayors and a Resolution in his honor from the DC City Council.

In addition to Bruce’s professional reporting career, he’s the author of two books. Heart to Heart was Bruce’s effort to share his personal journey of recovery from a heart attack in 1992. All or Nothing was his expose on D.C. basketball star, Victor Page.

These two books lay the foundation for Bruce’s post-WUSA9 focus, releasing a book about his own amazing life, set to be published in 2021. In it, he’ll share his own journey from his challenged youth in Louisville, Kentucky, not knowing his father, studying to become a priest, being the first in his family to graduate from college and being a cancer survivor.

We know this personal story will become yet another award winner for Bruce.

"This business chose me," Bruce said. "I've never had a journalism course."

Almost every day is a gratifying moment for Bruce. It's when a man or woman stops him on the street to say that they grew up watching him report the news.

He said that he's also gratified to give back and mentor young people and future journalists.

To say we are truly grateful for Bruce’s contributions is clearly an understatement. 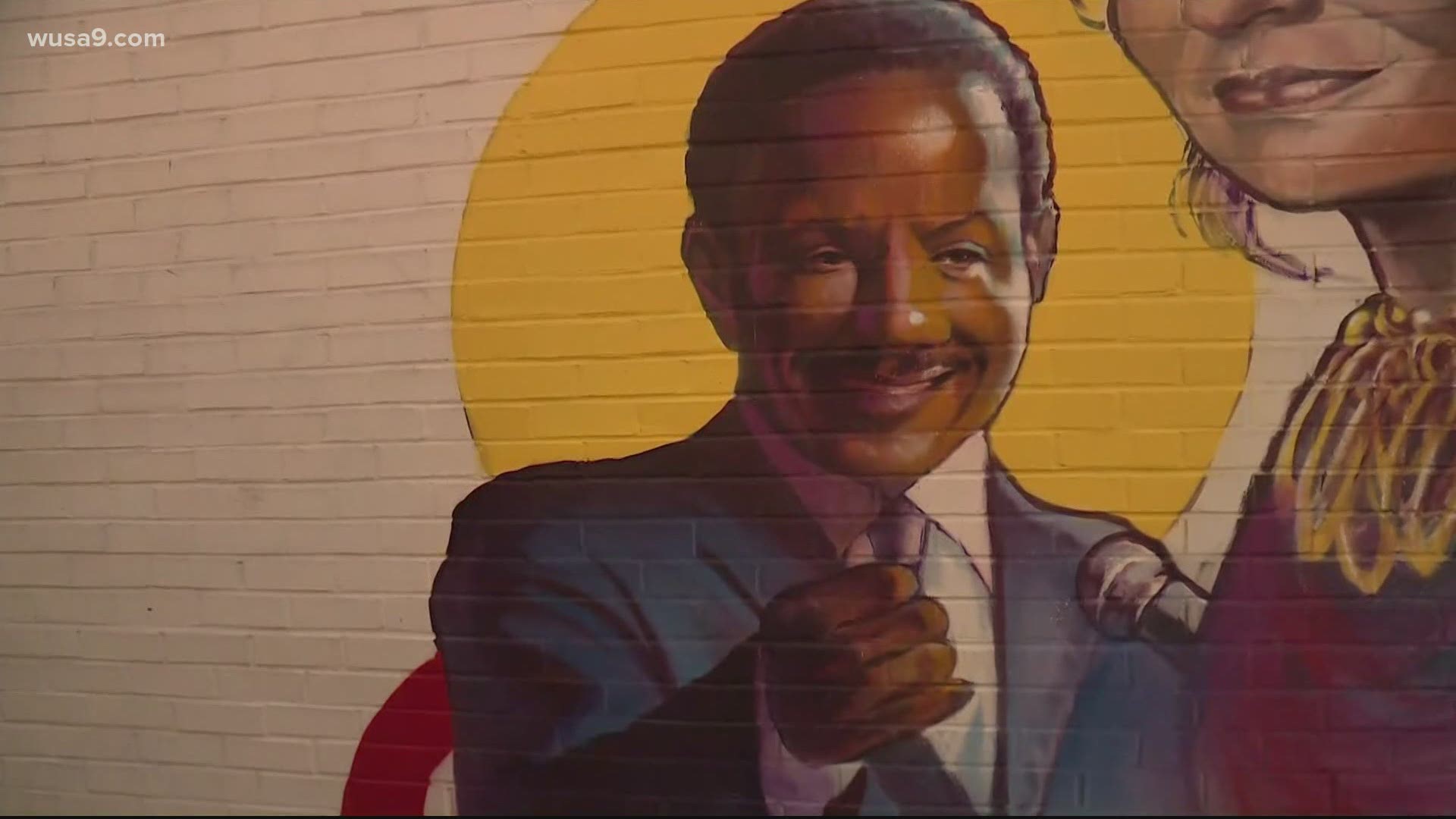 RELATED: Bruce Johnson: 'I stand on the shoulders of all those great journalists who were here when I got here'

RELATED: Bruce Johnson, longtime WUSA9 anchor, to leave at end of the year