After 44 years at WUSA, Bruce Johnson is ready to embark on a different path

The consummate newsman has traveled many roads to reach retirement. 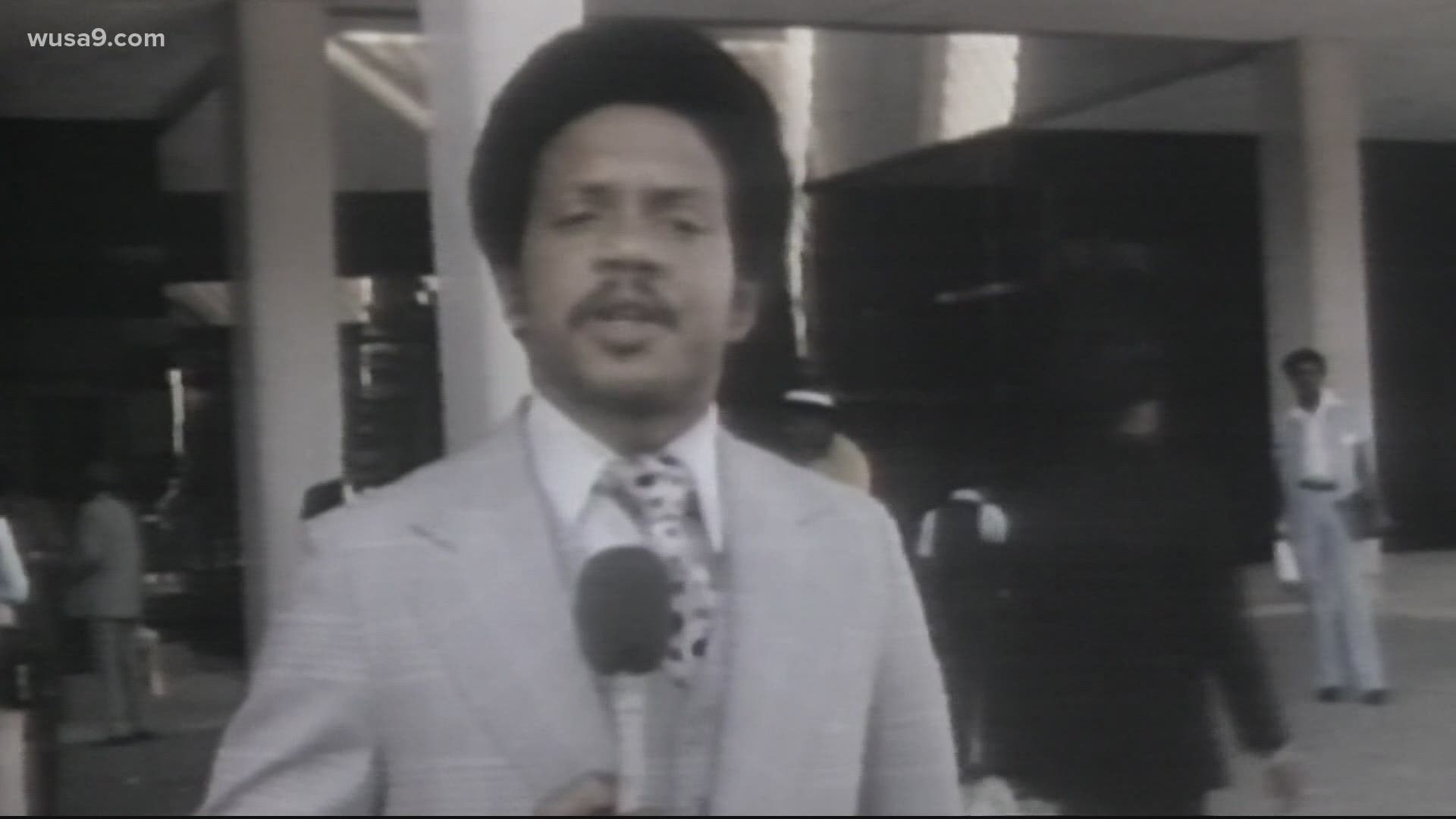 WASHINGTON — The year is 1976, and a young Bruce Johnson is quickly solidifying his reputation as a hard hitting and compassionate journalist.

On their TV screens, viewers seen Johnson – a reporter at what was then WTOP news – describing how he jumped from a van to throw his coat over a young boy in distress. It’s that dedication to the people he’s reporting on – not just the stories – that will define Bruce’s career for the next four decades.

Bruce has gotten the big stories, too. He was, for example, the first to report the death of former D.C. Mayor Marion Barry.

But it’s the warmth and heartfelt reporting style that he brings to his stories that have earned him his name in D.C. Stories like his coverage of the Flower family, who lost everything they owned in a traffic fire that left their daughter Adrienne badly burned.

A clip from one of Bruce’s stories from the WUSA9 archives makes his impact clear: “Thanks to the community and Eyewitness Reporter Bruce Johnson, today, the Flowers have a new home.”

There’s Bruce’s story about Rashema Melson, the student living in a homeless shelter who graduated at the top of her class from D.C.’s Anacostia High School.

Or, the local youth football program, in need of help, to raise funds to cover the costs of their trip to the championship playoffs in Orlando, Florida.

"They’d like to thank all of the Channel 9 viewers for the donations that helped them reach that $70,000," Bruce reported.

So many of Bruce’s stories have shined a light on our humanity and much more.

Bruce Johnson's work literally spans the globe. He’s traveled from Haiti to Rome to Moscow, Paris, Bangkok and Budapest to do documentaries.

Bruce has been honored for his impressive body of work with 22 Emmy awards.

He's received the prestigious Ted Yates Award, the 2018 NATAS Board of Governors Award, has been inducted into the Society of Professional Journalists Hall of Fame, the NATAS Silver Circle and the Washington D.C. Hall of Fame.

He's had resolutions and proclamations bestowed on him by the D.C. City Council and multiple mayors.

And, he’s earned the respect of his coworkers.

"Oh, let me come and get this for you. Bruce," says WUSA9 Chief Meteorologist Topper Shutt as he pulls the studio door open.

"Next time, let Bernstein get it!" Bruce says.

He always knows just when to use his wit and sense of humor to put everyone at ease before a show.

There's no one like Bruce Johnson and there never will be.

He's a legend, leaving behind a legacy that is immeasurable.

For 44years, faithfully serving this community, Bruce has earned his retirement. 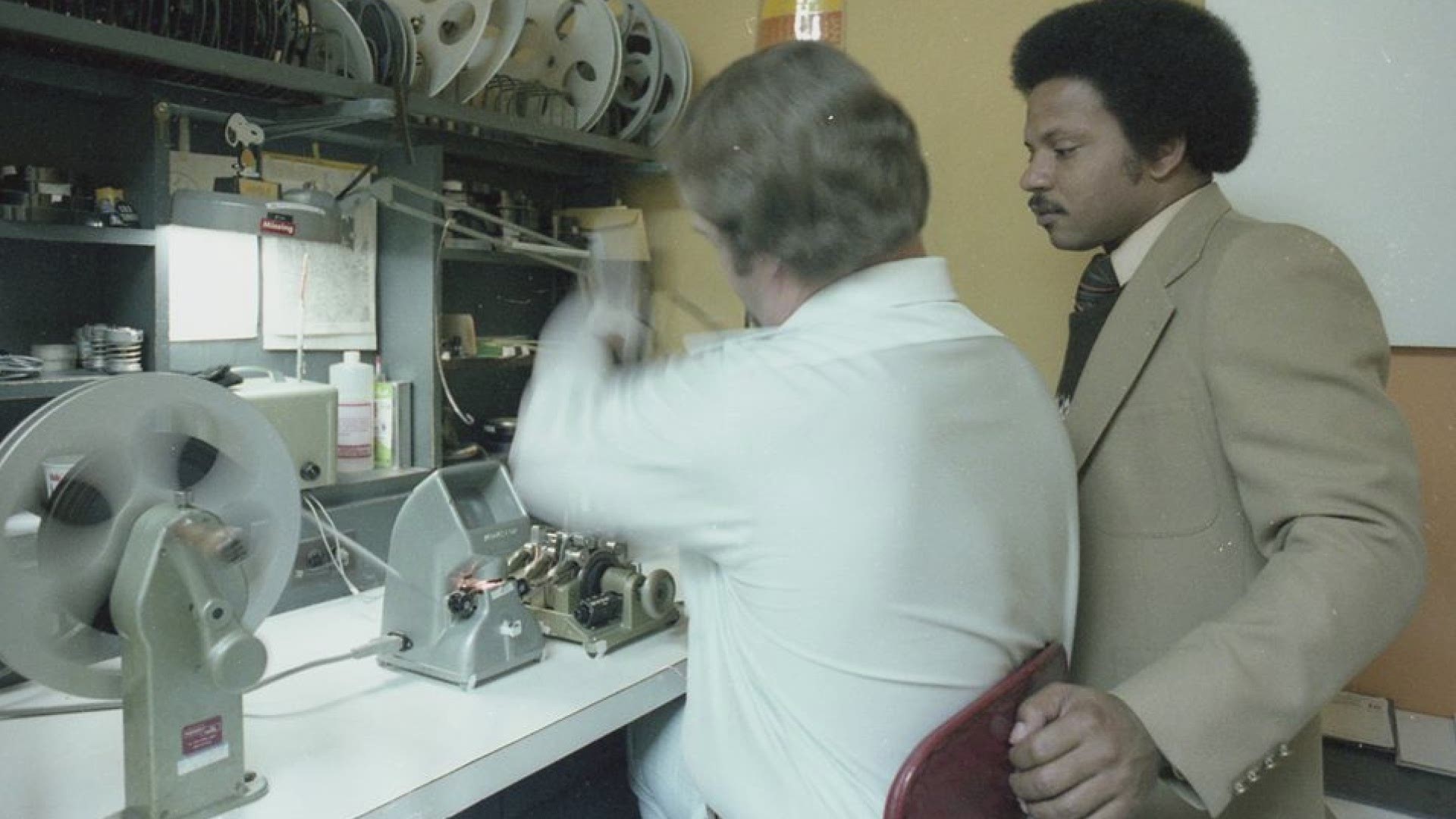