He leaves WUSA after 44 years of reporting in the Washington region and around the world. 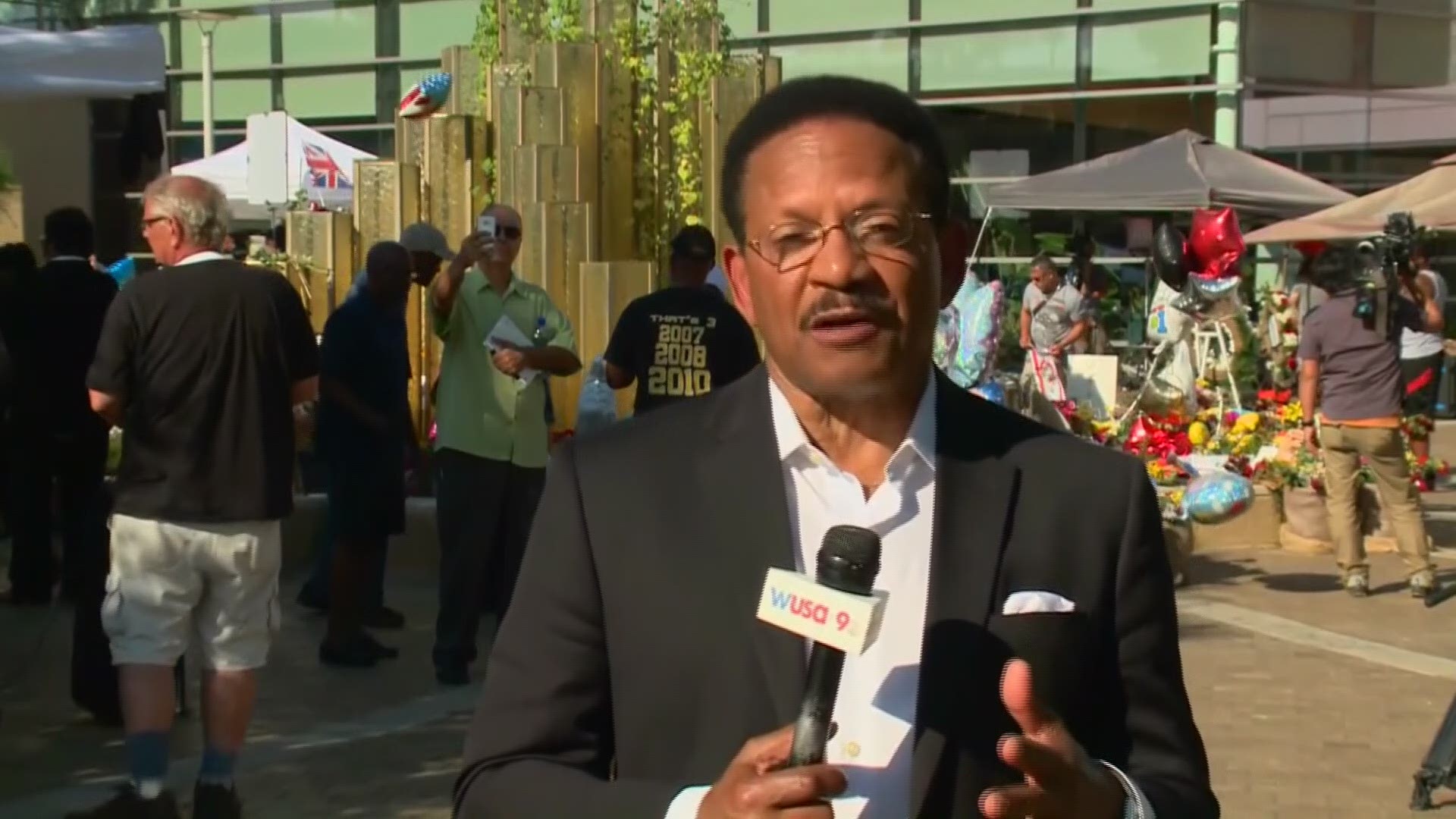 WASHINGTON — It's been said that journalism is the first rough draft of history.

Our own Bruce Johnson has been writing and reporting on historic moments and people for 44 years at WUSA9. Here's a retrospective look at some of that history Bruce has covered during his more than four-decade-long career.

"We came back to Louisville to bid farewell to the greatest, Muhammad Ali," Bruce reported in June 2016.

Bruce, a native son of Kentucky, went back home to gather intimate stories from the people who knew another native son that history calls "The Greatest."

"They helped raised Muhammad Ali, who lived next door in the pink house on Grand Avenue," Johnson said in his story.

You could say Bruce Johnson is a "giant of broadcast journalism," reporting on events impacting people around the world and at home in the Washington area.

"He's just been on a plane from Cuba, worked non-stop for days. He's going to have same kind of itinerary here, that seems to be an awfully lot to put on a fairly old man," Bruce Johnson said during live coverage of the Pope's visit to Washington, D.C., in 2015.

He's never hesitated to push the powerful to answer to the people they were elected to serve.

"Why can't we stop the guns from coming into the District of Columbia?" Bruce asked Mayor Muriel Bowser during one of his many one-on-one interviews with her.

Bruce has always had the uncanny ability to break down and analyze the politics of government.

He provided insight Marion Barry's political rise in Washington during coverage of Barry's death on November 23, 2014 with his colleagues.

And, there were those times when he pulled back the bureaucratic veil to show those in authority were no different than you.

"You know what, I've been really looking forward to talking to you. We've got so much in common. Oh my God! Not only that we went through the same cancer, but I followed your story and it's almost identical," Maryland Governor Larry Hogan said to him during an interview after his cancer diagnosis.

RELATED: Bruce Johnson & Gov. Larry Hogan: A conversation about surviving cancer, the president and the future

He thrived on tackling national topics that impacted local residents, too. The presidential elections, The March For Our Lives rally, race relations and the marches on Washington are just some of the issues and events Bruce Johnson has covered during his 44 year career at WUSA.

RELATED: 'We don't have much time' | Jane Fonda to be on the Capitol steps every Friday demanding climate change action

And let's not forget the local legends, like Chuck Brown, who created a sound for the city.

"The Father of D.C.'s Go-Go sound. He's entertained three generations and becoming one of the city's most revered music figures. He's right up there with Duke Ellington, Roberta Flack and Marvin Gaye." said Bruce.

And just like the legendary Chuck Brown, Bruce Johnson has informed, inspired and impacted countless generations through his storytelling and reporting.

We celebrate his 44-years of journalism excellence.

RELATED: Dave Chappelle goes back to Duke Ellington School: 'A lot of the dreams that I pursued I formulated here'