The Metropolitan Police Department says body worn camera video critical to a major civil rights lawsuit against a D.C. police officer has been erased -- despite department policy requiring it be kept for at least five years. 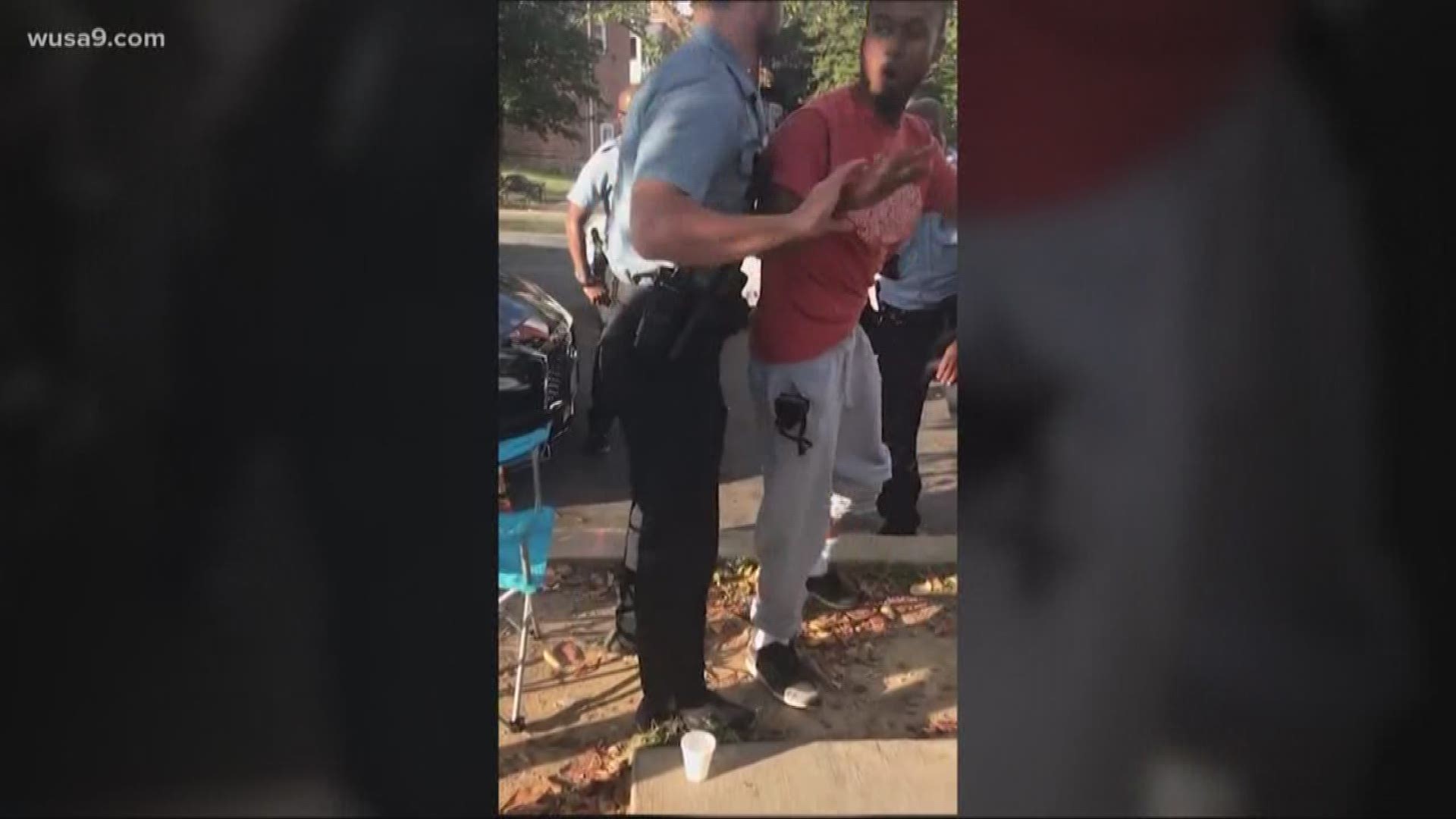 WASHINGTON, D.C. -- The Metropolitan Police Department says body worn camera video critical to a major civil rights lawsuit against a D.C. police officer has been erased -- despite department policy requiring it be kept for at least five years.

“The Body Worn Camera (BWC) video footage that you are seeking has been purged,” the department wrote in response to a Freedom of Information Act request from WUSA9 News. “There are no records responsive for this request.”

The Freedom of Information Act request was filed by WUSA9 on July 16, 2018 for:

All body worn camera video from stop and frisk on M.B. Cottingham by MPD Officer Sean Lojacono (Badge 10035) on Sept. 27, 2017, near the intersection of Atlantic and First Streets SW.

The video would have shown a second angle of the search by officer Lojacono on Cottingham. Cell phone video of the incident sent shockwaves through the DC community and collected hundreds of thousands of views on you tube and twitter.

“He was wrong,” Cottingham said in an interview with WUSA9. “He violated me.”

Lojacono, who is fighting the department’s efforts to fire him because of the incident, has denied touching or searching Cottingham inappropriately. In his report, Lojacono wrote he got out of his cruiser after spotting an open container of alcohol and that Cottingham consented to a search after the officer found a small, legal amount of marijuana in his sock.

But the cell phone video doesn’t show the moments that led up to the search. Officer Lojacono’s body worn camera footage might.

“I would love to see that video,” Cottingham said. “Because it tells more of the story.”

So why wouldn’t the department have kept that body cam footage?

According to MPD policy, body worn camera recordings only must be kept for 90 days unless its evidence in a criminal or internal investigation. There was no criminal investigation because Officer Lojacono never ended up finding anything illegal on Cottingham.

But there was an internal investigation. One that led to officer Lojacono’s pending dismissal.

The Metropolitan Police Department’s body worn camera (BWC) policy requires videos resulting in internal investigations to be retained for 5 years. All video recordings are to be retained and accessible on the BWC database for 90 calendar days, unless they are categorized as follows:

“I think if somebody at the department knew about it, they should have at least flagged that footage,” said Harlan Yu runs a DC non-profit that studies body cam policies.

Cottingham says the department did know about it. He said he complained to commanders at the district the same day of the incident but felt like he was getting the run around.

DC police tell us the purging of Officer Lojacono’s body cam video is “consistent with MPD policy on records retention and evidence preservation” despite the department’s written five-year guideline on internal investigations.

Most police departments around the country mirror guidelines of MPD, only keeping footage for 90 days if there’s no criminal or internal investigation. But there are some police departments, including Chicago and New York, who do keep body worn video footage much longer than DC Police.

In addition to civil rights concerns over police storing video for long periods of time, the simple cost of storage can be a prohibitive factor for departments.

In April, the Washington, D.C.-based Police Executive Research Forum issued a report titled “Cost and Benefits of Body-Worn Camera Deployments” that sought to quantify the average costs, and potential savings, of BWC programs to police departments.

Although the researchers were only able to obtain detailed cost information from three departments (Dallas, Texas, and Phoenix and Mesa, Arizona), what they did obtain suggests video storage fees are a significant portion of the total cost of a body worn camera. The Mesa Police Department, for example, reported a yearly cost of $1,147 per year for maintenance and data storage – 52 percent of the total cost. The Dallas Police Department reported an even higher percentage, with $739 of the $1,125 spent on each camera designated for maintenance and data storage.

The Metropolitan Police Department’s 2016 budget laid out $5,063,702 for the initial rollout of 2,820 body worn cameras. An additional $3,140,000 increase to MPD’s budget was added in 2017 for the program. The 2019 budget also included a request for an additional $1.2 million for contractual services related to maintenance of the Automated Traffic Enforcement and body worn camera footage contract. 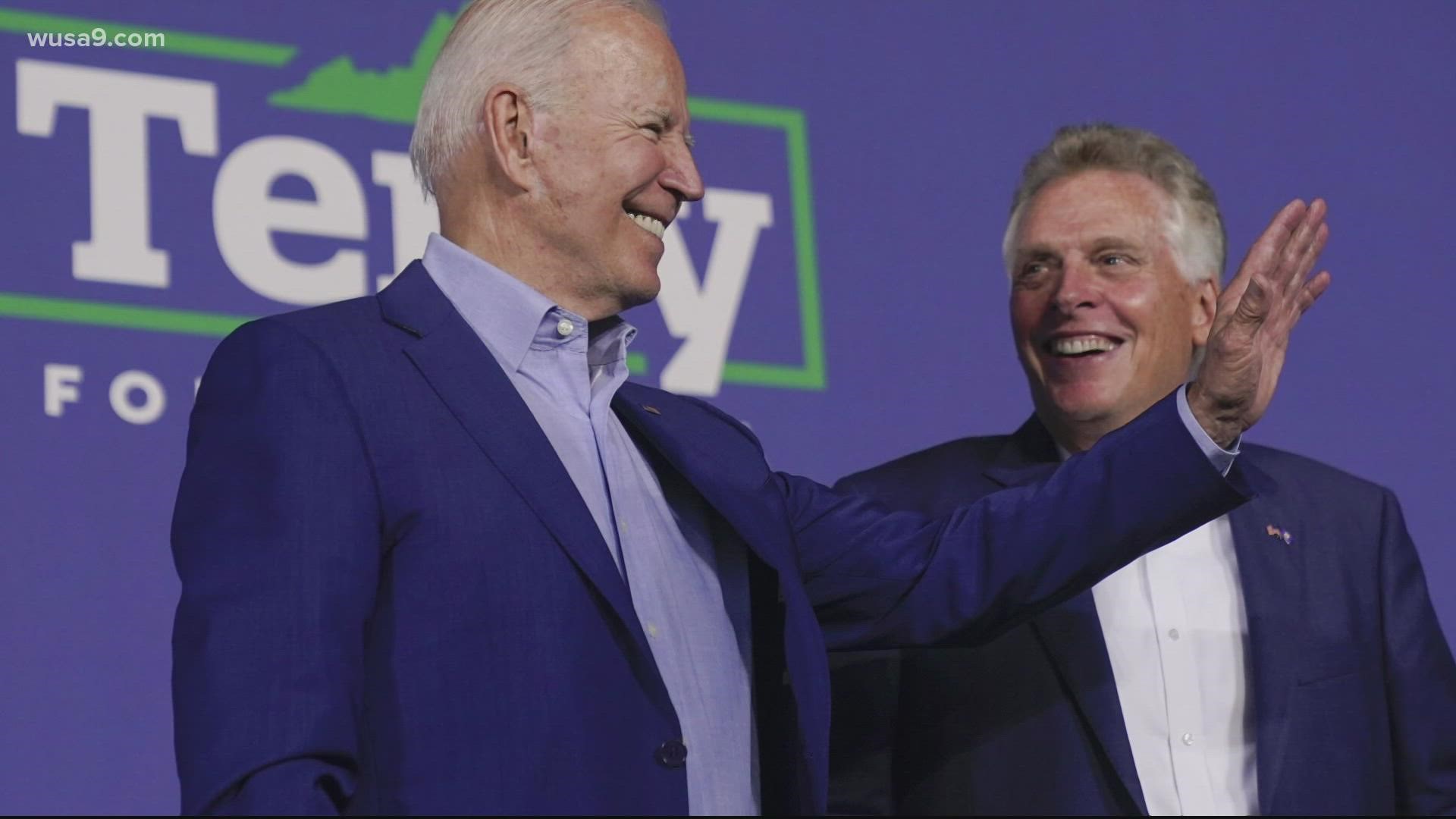