The ACLU District of Columbia and community leaders have sent a letter to Mayor Bowser, asking her to release the officers body cam video from both events despite the police department's refusal to do so. 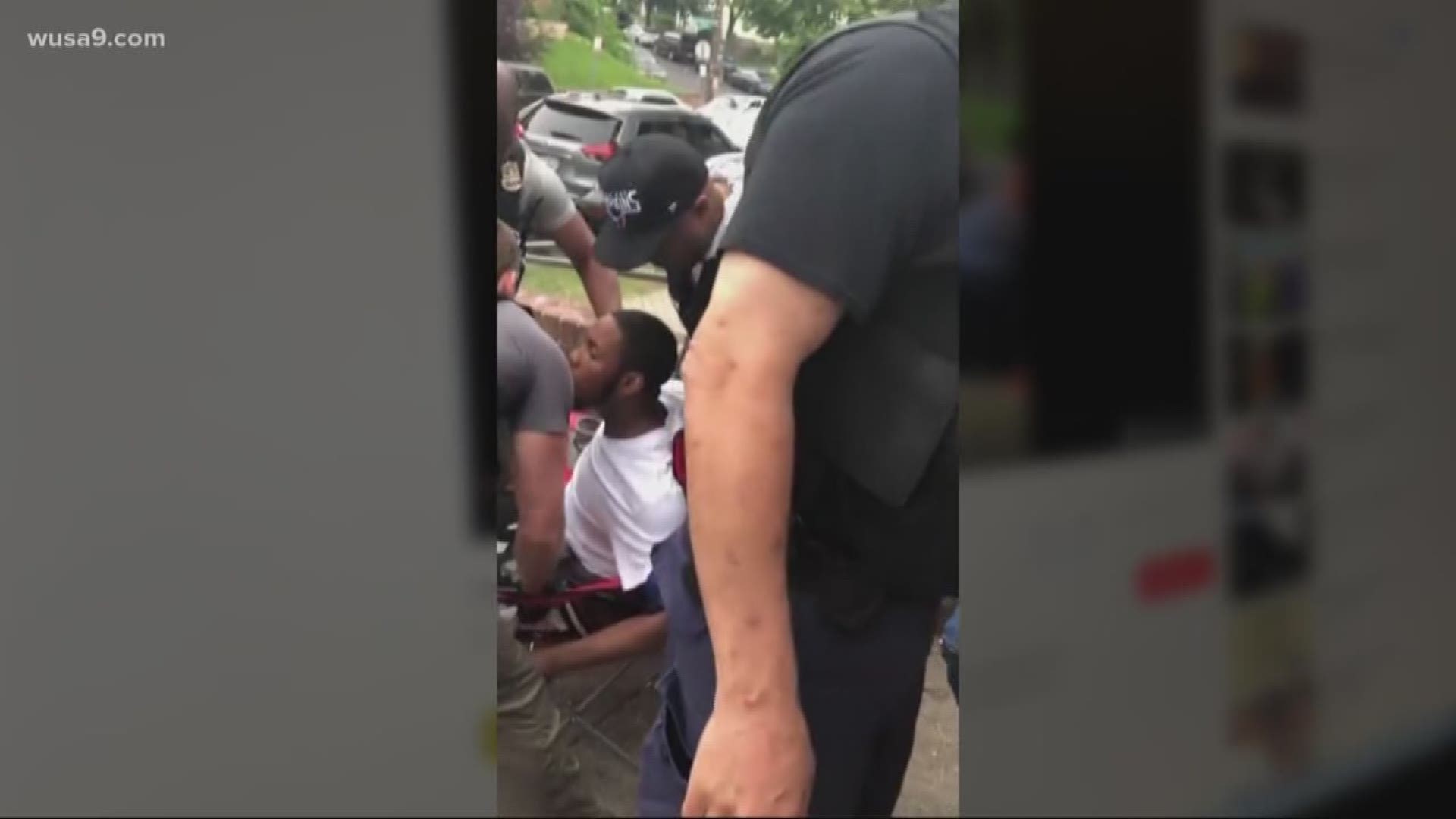 WASHINGTON -- More than a dozen community groups and neighborhood leaders are calling on D.C. Mayor Muriel Bowser to release police body cam footage of two controversial confrontations between police and people in the Deanwood community that took place earlier this summer.

WUSA9 first asked the police department for copies of the officer’s body worn camera video in July, but that open records request was denied because the department said that video was part of an ongoing administrative investigation.

The first incident took place on June 13th. In it, cell phone video shows several police officers stop and frisking a group of black men along the 5200 block of Sheriff Road in the Northeast DC, despite the men’s repeated protests the officers didn’t have probable cause for the search.

The only weapon officers found was a BB gun and despite the angry exchange between officers and the men in the group, no charges of any type were filed.

When that cell phone video hit social media later that month, tensions between police and people in that neighborhood reached a breaking point and lead to an even more violent clash between officers and community members in which a handful of people were arrested.

That incident, also captured on cell phone video, showed taunts and aggression on both sides and led to a day of public hearings during which DC Police Chief Peter Newsham was called to task by DC City Council members about their tactics.

Both Police Chief Newsham and Mayor Bowser have defended the officer actions, saying body worn camera video shows things the cell phone video does not, and puts both incidents in a different light.

Now, the ACLU District of Columbia has sent a letter to Mayor Bowser, asking her to release the officers body cam video from both events despite the police department’s refusal to do so, because of the ongoing administrative review.

The ACLU demand letter is signed by 20 other community groups who also want the body cam video released. To see full list of signatures, click here.

“So if the police chief and the mayor believes that there is a different angle with a different story then they need to show it,” said ANC Commissioner Lorenzo Green, who serves the Deanwood Community.

On Friday, Green sent his own letter to Mayor Bowser calling on the city to release the footage.

“There’s other cities and people who watch the news every day, they turn on CNN, they see other cities release their body camera footage any time incidents of great interest pop up. But in DC, we don’t have that. We have a lot of talk to that. We have a lot of people who say they are all about transparency, but they do not follow up with their actions.”

Green said not releasing the body camera video will only cause tensions in the Deanwood community to continue to rise.