Georgia Avenue in Silver Spring is choked with cars. Now there’s a new plan to fix it, and it will benefit more than drivers. 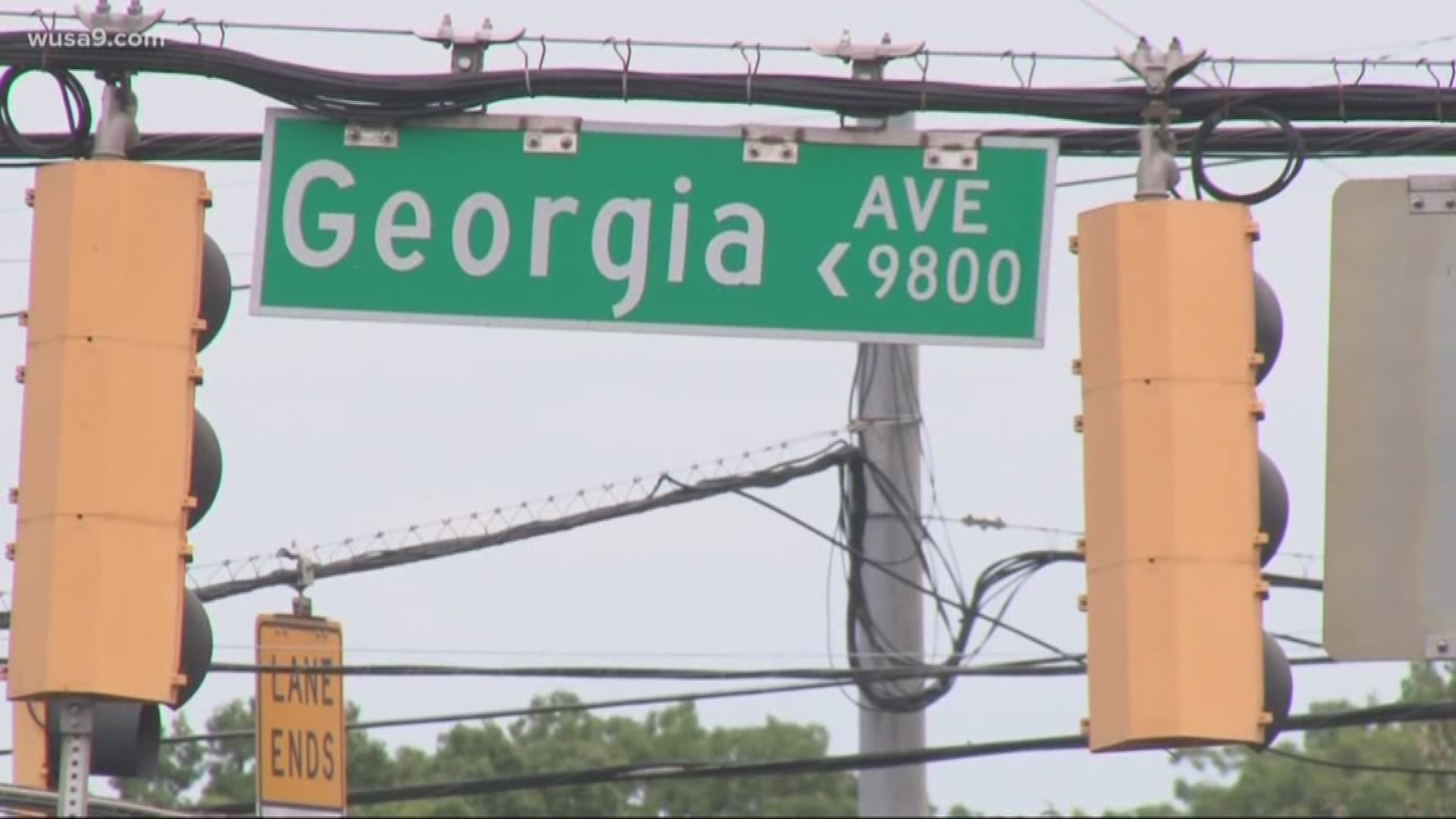 SILVER SPRING, Md. — Neighbors who live near Georgia Avenue in Maryland are hopeful for just-announced plans to revamp a one-mile stretch of the thoroughfare near the Capital Beltway.

"It’s an intersection that’s in great need of upgrading," Carol Samuels-Botts, who lives near where Georgia Avenue meets Forest Road for the last 10 years said.

Last month, the federal government gave the Maryland State Highway Administration the initial go-ahead for plans to completely redesign one mile of Georgia Avenue in Silver Spring between Forest Glen Metro and the intersection with 16th Street.

Samuels-Botts, who walked across eight lanes of traffic to get to Forest Glen Metro, said she hopes the idea will make it safer for drivers and pedestrians.

"I am very good about not walking against the light and I’m mindful about the various ways traffic is coming so I’m not caught in the middle," Samuels-Botts said.

Preliminary plans call for the road -- also known as Maryland Route 97 -- to get dedicated turn lanes. Other lanes will be narrowed to even out the flow of traffic.

New sidewalks will also be installed along with a two-way bike lane on the west side of the road.

"This is going to be a game changer," Abrams said. "It’s going to use our latest techniques in our approach to urbanized design."

Samuels-Botts hopes changes are made soon, although state highway officials think construction might not begin until 2025.