The first-ever Open Streets event in D.C. could usher in a new area of car-free zones, citywide. DDOT's director is looking to "rethink the possibilities." 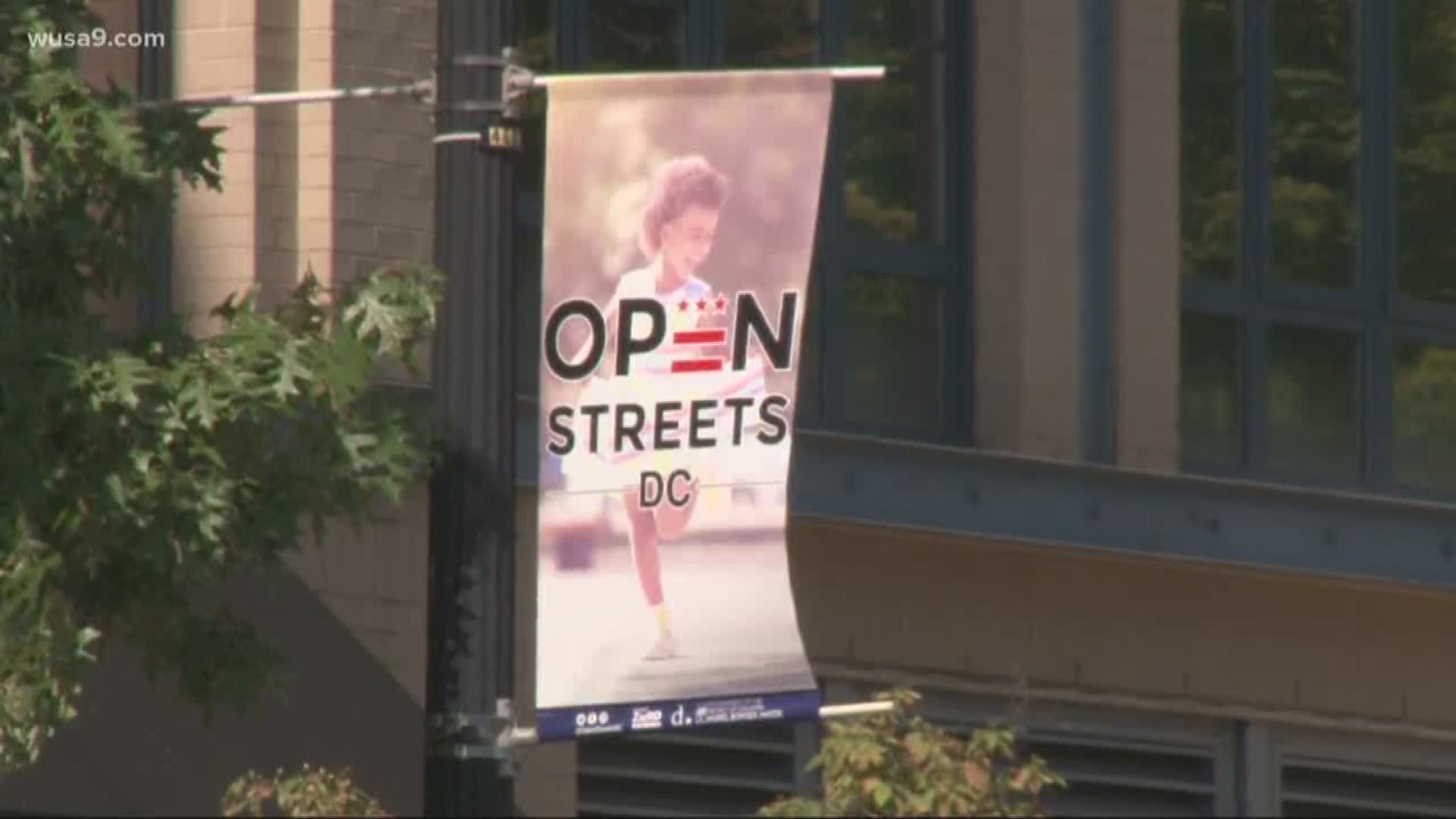 WASHINGTON — For eight hours Saturday, a miles-long stretch of one of the District’s busiest roads will close. While it may create headaches for some, D.C. officials say it could be the start of an experiment in safety that could extend to other parts of the city.

Cars will disappear from Georgia Avenue on Saturday. Three miles of pavement will be filled only with people. Called Open Streets, it is the first time the District has done this.

“We are excited about it,” DDOT Director Jeff Marootian said. “We think it’s an important step for our city.”

Marootian said the District is trying out this one-day experiment with an eye on expanding. City officials looked at several locations, but ultimately chose Georgia Avenue where pedestrians mix with busy intersections.

“What we’re looking at here is what our roadways could potentially look like going forward as we rethink all the possibilities with the interest of safety in mind,” Marootian said.

The District is taking a cue from other cities. Austin is known for closing Sixth Street to cars. But lately, more cities such as Minneapolis are joining the trend.

Events here will highlight other ways to get around besides driving. But also, a vision for new, car-free zones citywide.

“We hope that people enjoy it and see the value and want to do more of it in our city,” said Marootian.

The event itself runs from 10 a.m. to 2 p.m., but Georgia Avenue will be closed between Barry Place NW and Missouri Avenue NW from 8 a.m. to 4 p.m. on Saturday. Drivers will not be allowed to cross Georgia Avenue, too. DDOT says drivers should expect delays, and use other major routes like North Capitol Street or 14th Street. Parking restrictions start at midnight Friday.