Long before he was a star infielder for the Nationals, Anthony Rendon was playing for a Little League team. His coach said they knew right away he was a star. 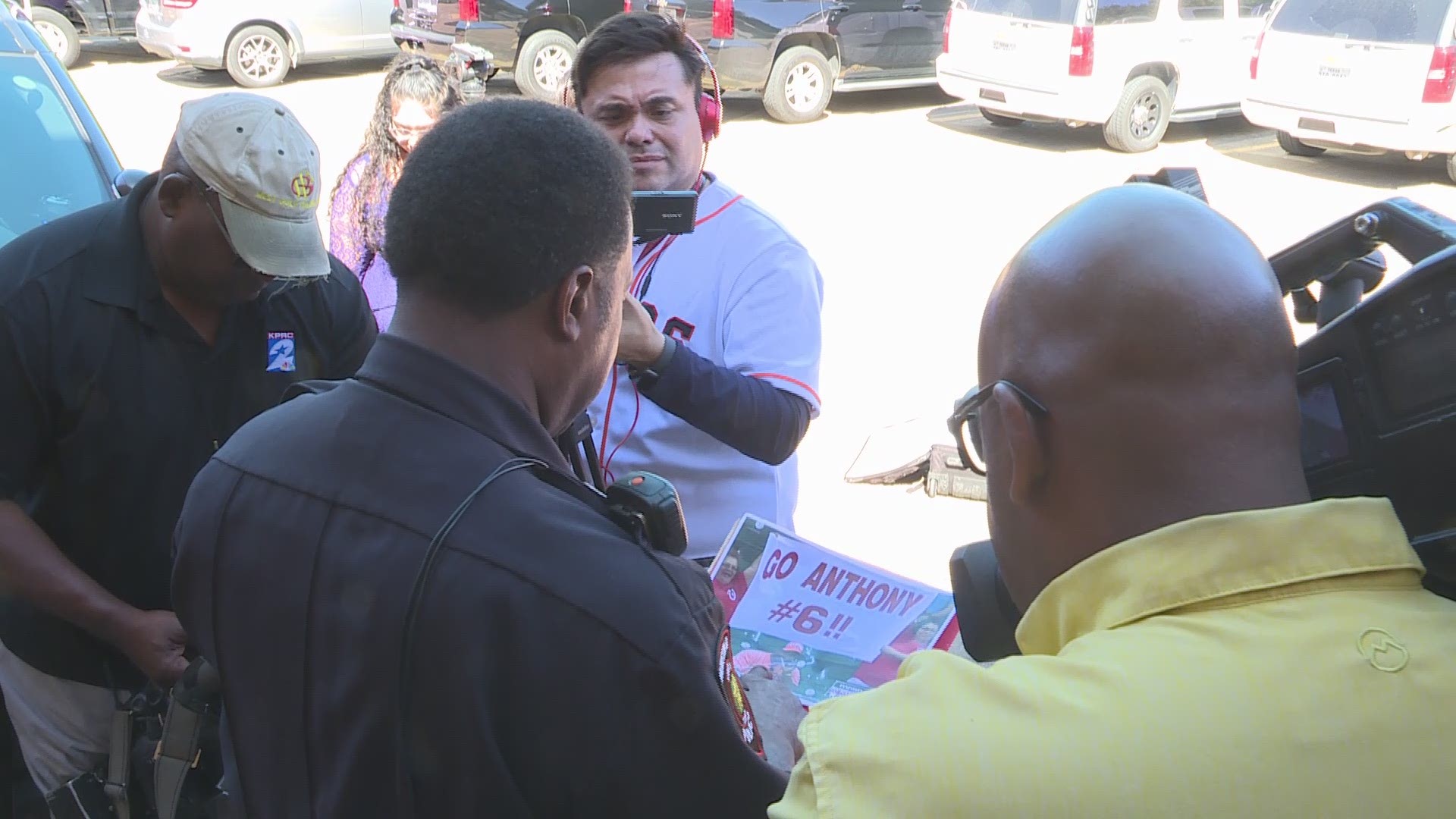 HOUSTON, Texas — At 10 years old, Anthony Rendon was a long way from rocking that red jersey with a Washington logo. But even back then, his little league coaches knew he was going places.

"He didn’t know it," his former coach Ronald Bremberry said. "But God knew he was going to play Major League Baseball."

The D.C.-area was introduced to Bremberry in a viral video posted by WUSA9 Sports Anchor, Darren Haynes. The video showed Bremberry, a Houston police officer, in his full uniform shortly before Game 1 of the World Series. After a prolonged handshake, Bremberry and Rendon "hug it out."

Bremberry said he doesn't coach little league anymore, although he looks back at that time fondly. His job was no doubt easier with a valuable player like Rendon on the squad.

"He could play anywhere you put him," he said. "First, second, third, short, right, left, center. He could even pitch. He had one of the best curve balls in the league."

The only position Rendon didn't play was catcher. Bremberry said this was because the pre-teen was simply too small to fit in the equipment. "Coach Ron," as he was called back then, said Rendon also had a strong work ethic.

RELATED: The Washington Nationals are the oldest team in baseball

"When I used to hit ground balls to the infield," he said. "I would give everyone five balls a piece. He’d be like 'Coach, keep them coming.' I’d be like 'Anthony, I’ve got to hit it to everyone else. C’mon now.'"

As for his message during that short embrace, Bremberry said it was simple.

After Little League, Rendon would go on to play for Lamar High School, under the watchful eye of Coach David J. Munoz. In an interview with WUSA9, Munoz said it was clear Rendon was going far.

"The bigger the moment was, the better he was," he said.

Coach Munoz even conceded that he was rooting against his local team, because he wanted to see Rendon win the championship. Could the same be said about Coach Bremberry?

"I’m going to plead the fifth," he laughed.